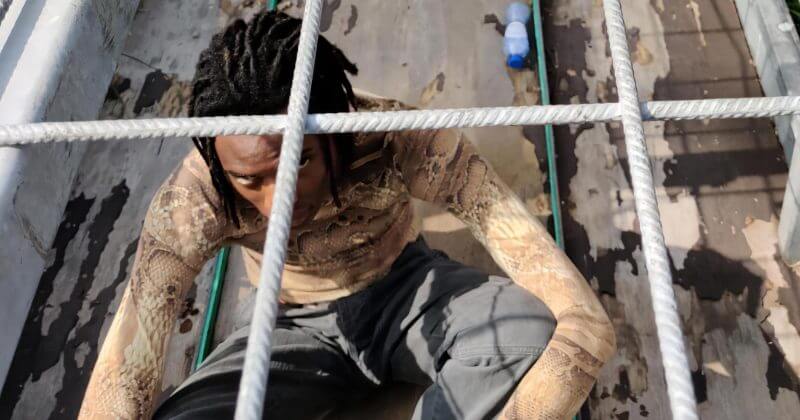 “Adhesive with my thoughts so my people come first,

converse with your people so they know who came first,

Multidisciplinary creative duo GRAY417C’s latest short film ‘BREATHINMYWORDS’ came to fruition in 2020, a year shrouded in political, social and ecological turmoil. From the global pandemic which hit in its first quarter to the various protests that followed, 2020 was nothing short of an Orwellian nightmare. ‘BREATHINMYWORDS’ was initially inspired by the uptick in the Black Lives Matter movement following the death of George Floyd – which shone a new light on the grave racial injustices occurring in the West, but encouraged little discourse around the carnage left behind by colonialism, neocolonialism and ongoing imperialism in Africa. While the BLM protests have reignited the will to fight in Black people globally, there is still a lot to be done.

Movements such as EndSARS in Nigeria, Congo Is Bleeding, Am I Next in South Africa, Anglophone Crisis in Cameroon and Shut It All Down in Namibia, late last year, began to take centre stage and rally a greater global convergence and exchange of views and purpose. However, it is important that individuals approach the issues being raised by the respective movements with nuance and knowledge of the histories and stories of the nations and peoples on and off the continent.

The ‘BREATHINMYWORDS’ film and accompanying song of the same name – by artist Stillblue from his debut project Systematic Sentiment – aims to shine light on these systems, that encroach on the basic human rights of individuals across the continent while actively stifling and stagnating development. ‘BREATHINMYWORDS’ was created as a tool to encourage individuals to delve into the histories of their countries, as African nations are rich fountains of traditions and ideologies that can be harnessed in order to push them forward.

BREATHINMYWORDS is broken up into 3 parts. Each new segment is introduced through the consumption of a pill by the protagonist. The pills transport the protagonist into other states of being as showcased through the use of different visual styles. The first state represents the dormant individual who does not see or understand the white supremacist capitalist patriarchy for what it really is but is attempting to break through. After popping a pill, the protagonist is transported to a state of revelation in which he is able to bear witness to the atrocities that have occurred in Africa over the past centuries. This second state is communicated through an amalgamation of found footage that highlights great African leaders who are all too often forgotten; juxtaposing them against atrocities which have bedevilled Africa. We are then transported to the protagonist in a cage – a symbolic representation of our educational system and mainstream media – where the final pill is consumed, and the protagonist enters a stage of enlightenment.

Coincidentally, the title ‘breath in my words’ highlights the power of our voices in the same manner as the ‘Soro Soke’ (speak up) chant that became the slogan for a generation refusing to be silent on social injustices, in solidarity with the EndSARS protesters. Hopefully through this work, individuals are able to educate themselves, become politically active and speak up so that their aspirations may shape the future. 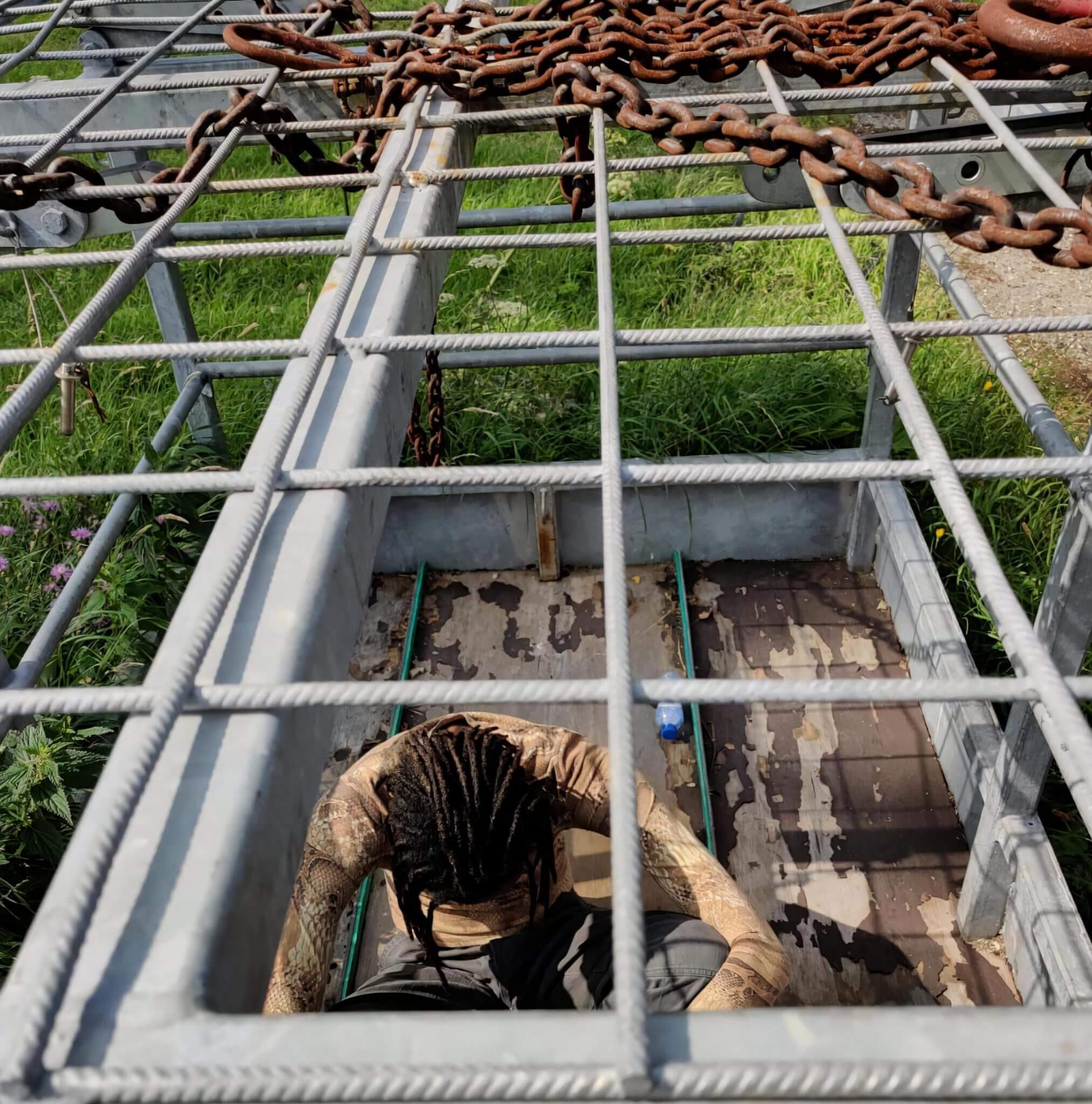 Elisha Tawe (Instagram: @vicious_roy) is an audiovisual artist and style editor at A2.O Mag. His work focuses on the historical impacts of art and fashion on subcultures and social movements. Elisha is currently based in the UK and holds an MA in Media and Communications.

ICYMI: THE DANGERS OF WESTERN INTERFERENCE IN NIGERIA

Next Article For Us By Us: The Business Of Being a Sugar Baby in Nigeria