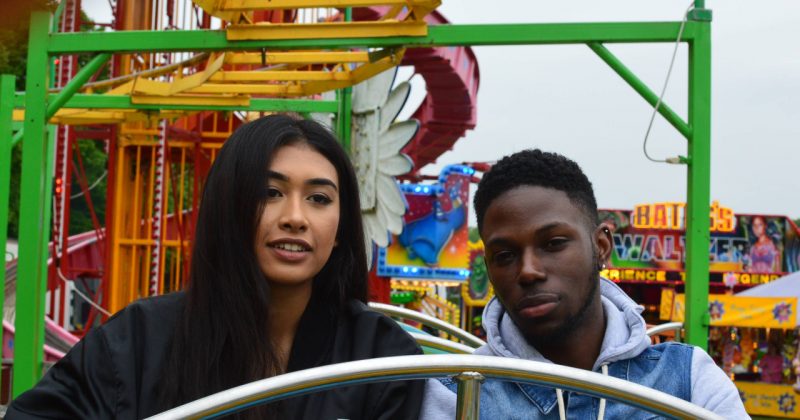 Gbenga Saka’s short films are a thing of beauty

When was the last time you saw a Nigerian film that you saw yourself in?

In many ways our contemporary media has failed young Nigerians. Riddled with tropes and cliches, and prone to telling repetitive but financially lucrative narratives, we leave studios entertained but unchanged. That’s why it’s always a thing of beauty to see young Nigerians take up film making as a medium to tell their own stories. This is why film makers like Gbenga Saka matter. Saka’s independently made short films are hypervisual snapshots of millennial life, exploring themes of love, loss and mental health, never telling us what we should think, only presenting us with scenarios on which we can imprint our emotions.

Saka has made a handful of short films, but his newest, Jump! adapted from a short story creates an allegory for the complexities of failing mental health and the isolation it creates in young black men. Shot in grayscale (perhaps to suggest the perpetual gloom of depression and self loathing), the film principal character (played by Dapo Adeputo) struggles to find himself in a gloomy city tenement, hiding his illness from a lover and contemplating death. He cycles through emotions in seconds, runs from confrontations and wanders the city alone, looking for something, what exactly, we are never told. The film ends with a surprising twist (impressive that they were able to slip a twist when the vignette is only 3 minutes long).

Jump!‘s only failing is that Gbenga Saka paints mental illness in broad swaths and never truly specifies what exact mental illness the main character is suffering from. It is part of the problem surrounding mental illness in Nigeria, that exact ailments are never diagnosed and named. But that’s the only mar in an otherwise interesting film. You should watch it here.

Jump! from GbengaSaka on Vimeo.

And the rest of Saka’s oeuvre here.

Next Article Seun Opabisi’s Rahman gives you all the feels