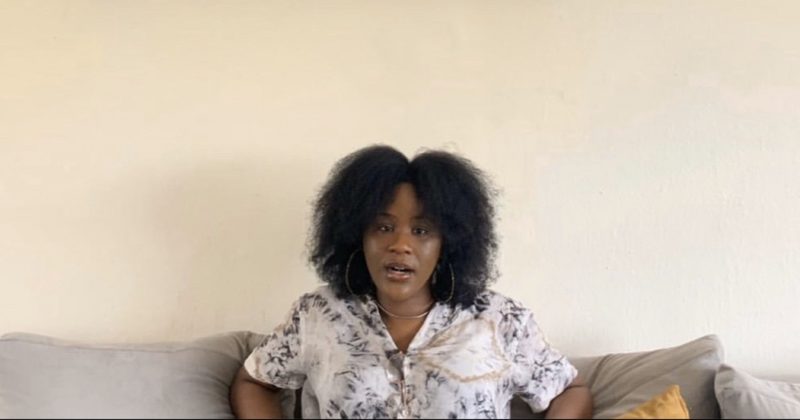 For the Girls: How Creative Hub Limited is changing the face of corporate culture

It was in her second year at the University of Warwick when 22-year-old, Seyi Alawode realised that there was an imbalance in the opportunities available for the more traditional careers, like Law and Medicine, and those available for alternative creative careers. “It just seemed like there was this culture where if you are not pursuing those careers, then you were not serious” she says to me, explaining how she birthed her creative agency for young adults during her university years.

Seyi Alawode grew up in Nigeria, where traditional career paths were highly favoured from just about everyone, from our parents to graduate recruiters. Being the only child, her knack to be her own boss began at home, where her independence and freedom were encroached on, leading her to seek out opportunities where she could express her creativity and freedom. It was through countless internships and work experience in the creative sector in her home country, that she found out she was unwilling to compromise on being her own boss.

“I noticed that the industry in Nigeria is hella traditional. Storytelling is not as exciting as I want it to be and I feel like the Nigerian market stifles creativity. So that really pushed me to want to do my own thing”.

Starting off as Create Her Lane, Seyi Alawode began taking on the creative industry in the United Kingdom, where she attended university. Her first event was a humble affair, after a total of 15 people attended it. Despite the low turnout, she was determined more than ever to show young people – black women- especially that there were people out there willing to pay them for their creative skills.

In November of 2018, she decided to try her hand again at another event, inviting a panel from all across the UK including a blogger, a journalist at the BBC, and a YouTuber. Her second event was by far better in comparison, as over 200 people showed up. “I realised I had something on my hand and this is what I now wanted to do—although at this point, I still was not trying to go full time”.

The creative industry in the UK, proved to be just a force to infiltrate as the industry back at home. Currently, only 14% of creative directors in the UK are women, as the industry is heavily white male dominated. “I am an intersection of everything the industry hates in the UK: I am black, I am a woman and I am young. It is literally what the industry rejects” she tells me, passionately speaking of her resolve to not be deterred by the naysayers.

Seyi does not shy away from admitting she needs help, “there have been women that I could not have done this without. Women that do not need to help me but they constantly show up for me” she tells me, recounting how she met her current mentor Francesca Gamble after applying to exclusive members club, Soho House. On the other hand, she has also had not so great experiences with other women in power, particularly in Nigeria where she worked for ‘gatekeepers’ unwilling to give her a chance because of her age, and experience.

“I actually found it easier in the UK because all the women seem to want to help you, but here it’s almost like they want to gatekeep you and say I’m the boss, you’re not”. Both experiences shaped the journey she is currently on, as it determined her resolve to be her own boss and ‘Create Her Lane’.

Create Her Lane also took on new shape during Seyi’s experiences, owing to the ever changing world we live in, Seyi decided to rebrand as ‘Creative Hub Limited’ and open up her creative agency to anyone and everyone, regardless of gender.

The decision to broaden the group’s focus came from her mentor, “She said to me that you are in a world where things are changing, and gender pronouns may not be that clever because in 5 years, will we still be using genders? And when you say her, who are you referring to? Are you referring to women or people that identify as women? Or do you include trans women as well? How are you going to make this as inclusive as possible?”

Taking these into account, a rebranding was imminent for Seyi as “the heart of CHL is inclusivity, I do this for the underrepresented so if me having a pronoun just by default excludes certain people then I won’t want that”.

Although CHL is taking on shape in the UK, where Seyi lives and currently works, she is not afraid to also infiltrate the market in Lagos. “I registered it in Lagos last week” she admits to me,  “It is very very long term, but definitely yes it has been registered and one day, we will take on life here”.

If you are a young creative looking to join CHL, please find it here.

0000
Previous Article Watch ‘No Victors’, A docu-series about the effects of the civil war