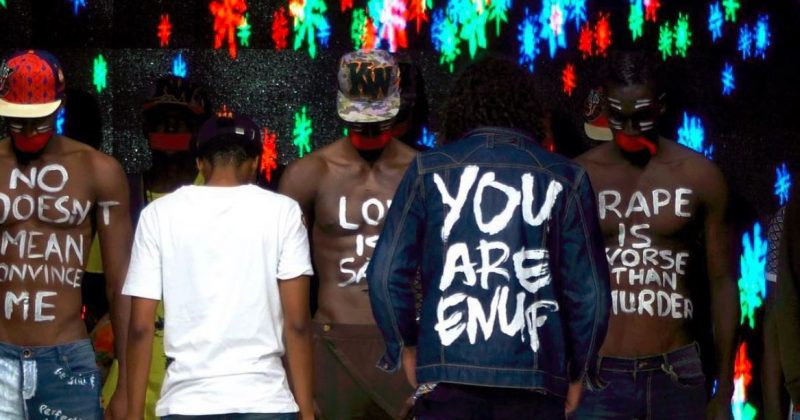 Dakar Fashion Week has always brought attention to the exceptional designers and models across the continent and given creative people a chance to share their culture, new clothing styles and ideas with the world. Last weekend, Senegal’s capital, Dakar, held its Fashion Week where a total of 35 designers from South Africa, Senegal, Nigeria, Mali, Guinea Bissau among other countries showcased their collections.

The show’s standout display, however, came from the South African designers’ bold and innovative creations. Didier De Villiers and Mothei Khomiso stole the show with their latest collection of men’s wear that carried socio-political messages, referencing the global #meToo movement, most especially the recent campaign in South Africa and across the continent for fairer treatment for womenfolk. They presented their show under their joint label, Magents, showcasing their signature sneakers emblazoned with a map of Africa on the sole and colourful Shirts. The collection paid tribute to women, as models strutted down the catwalk with powerful anti-rape and body-positive messages inscribed on their chests.

The Dakar Fashion Week has a socio-political conscious history since founder, Adama Ndiaye, better known as Adama Paris, banned models using skin bleaching products. The Fashion Week started on the 20th of June and lasted till the 24th.

See some of the pictures from De Villiers and Mothei Khomiso’s powerful anti-rape campaign collection below.