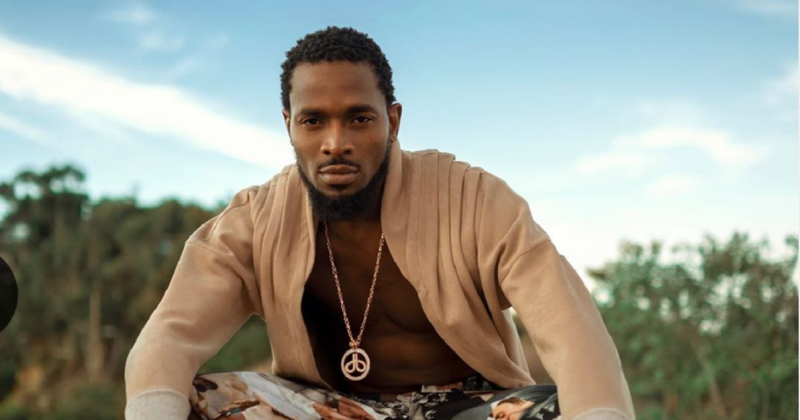 Considering the current climate where injustices are being brought to the forefront of consciousness all over the world, the entertainment industry saw the beginning of its day of reckoning. For the past three weeks, women from all corners of the Internet have combined the power of their voices to name their abusers and state details of the sexual violence they have experienced on different occasions. Amongst the alleged abusers, was the widely celebrated artist D’Banj, who was accused by two different women of molestation and another of rape.

Thankfully, the internet doesn’t forget.
Here’s a link to Seyitan’s (now) deleted tweets…
I’d like to see how the bullies delete it.https://t.co/Ha2cn9isKi

While one of these women remained anonymous, Seyitan shared details of her encounter in a Twitter thread, and shortly after an open letter to the singer demanding a public apology for his alleged actions. Per her Twitter thread, she detailed that two years ago, she met D’Banj at an all-white party at Eko Atlantic with his then manager and a friend. In her account, she was told that D’Banj had taken a liking to her and was offered a large sum of money to sleep with him, to which she blatantly refused. According to her Twitter thread, D’Banj allegedly barged into her room after being given the key by the hotel’s facility, and after this, she recounts disturbing details of the singer forcing himself on her.

The singer had remained quiet about these allegations, and seemed to be carrying on with life as normal, celebrating his 40th birthday with a live-streamed show just last week. This was up until yesterday, when he released a public statement denying these allegations. In addition, there was also a rebuttal with a legal document detailing a defamation suit against Seyitan, which demanded a public apology, N100 million in damages amongst a host of other requests. The letter stated that if these demands were not met within 48 hours, they will be forced to take further legal actions.

Singer, Dbanj reacts to rape allegations and also demands a sum of 100 million Naira for defamation of character.

June 16 – Following this, journalist and activist Kiki Mordi announced that Seyitan had been arrested and is currently in Police custody for defamation. According to Mordi, the police have not granted Seyitan access to her family or her legal team, and Mordi further states she has reason to believe she is being coerced to recant her accusations. This has not been confirmed by The NATIVE at this time, but a tweet went out this evening from Seyitan’s account stating that she’s “done with the drama”.  It is not immediately clear if she put out this tweet herself, as Mordi, who is in contact with her lawyers, maintains that she is still in the custody of the Police.

June 17 – According to journalist Kiki Mordi, Seyitan was released last night. The founder of Stand To End Rape, Ayodeji Osowobi recently tweeted thanking everyone for their support and confirmed that Seyitan is currently with her. According to Punch, The Inspector-General of Police, Mohammed Adamu has ordered a probe into the allegations made against D’banj by Seyitan.

June 24- Seyitan Babatayo has now shared her official statement online, stating that she is now taking legal action against D’banj and has shared details of her two-day arrest. Seyitan is now being represented by Mrs. Akeredolu (SAN), the former Attorney-General of Ogun State who will be providing legal support of the matter alongside S.T.E.R. Initiative, who is currently providing her with counseling and therapy sessions.

PRESS STATEMENT: Ms Seyitan Babatayo on her criminal complaint of rape against Mr Oladapo Daniel Oyebanji and the timeline of events since she shared her experience. pic.twitter.com/NB9qqUhdKP

June 29 – The founder of Stand To End Rape, Ayodeji Osowobi has recently announced on her Twitter that D’banj’s ex manager, Franklin Amudo (who is an alibi to Seyitan’s story) has been detained by the Police. Kiki Mordi confirms that she has spoken to him and he’s being held in the FCIID Unit, Ikoyi with no charges.

July 6 – In a recent interview with GoldMyneTV, Franklin Amudo shares his account of Seyitan’s allegations. In this 21-minute video, he recounts the story of how he and Seyitan met in Cotonou and also a detailed account of the day of the alleged assault from his own perspective.

This story is still developing.

The NATIVE has reached out to D’Banj’s team for comment but did not receive a response at the time of publishing. This post will be updated accordingly.

ICYMI: A few things you could do to help dismantle gender-based violence around you