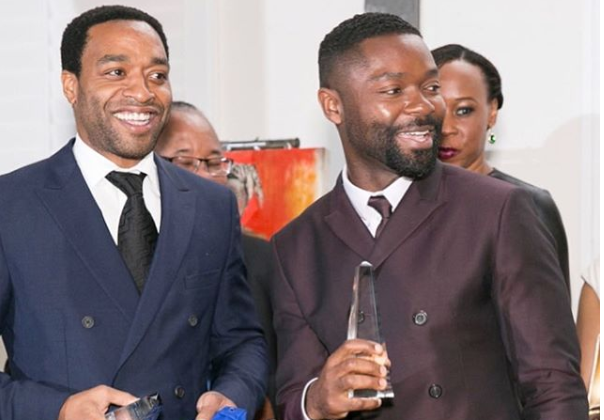 Chiwetel Ejiofor and David Oyelowo are trying to do in Nigeria what Angelique Kidjo has done in philanthropy in Benin and West Africa at large. And if recent developments are anything to go by, they’re getting pretty close. The duo is set to host a Hollywood fundraiser held annually, by The GEANCO Foundation, a Non-profit organization based in L.A. which has dedicated its time and resources to improving lives in this part of the world.

Join Chiwetel Ejiofor and I on October 6th for a discussion on philanthropy in our beloved Nigeria and Africa at large. @geancofdn Hollywood Gala! Info @ www.geanco.org #naija

The foundation, co-founded by Nigerian-born Afam Onyema, holds the gala every year to raise money for their various philanthropic efforts, which are mainly focused on educational efforts and medical support. The official website points out that so far, “Over 130 needy Nigerians have received hip and knee replacements and bone fracture repairs through our medical missions”. The website says that in an effort to ensure adequate care and maximization of health possibilities and benefits, they have “Donated a ‘SIGN Fracture Care’ System to a university teaching hospital in Anambra State in southeast Nigeria”, and trained local doctors on use and benefits of the system to maximize its benefits

This year’s Hollywood fundraiser will focus on raising funds to push these medical aid efforts further. Held at Pacific Design Center, West Hollywood on the 6th of October, the fundraiser will open with, David Oyelowo, whose girl’s education initiative ‘Leadership Scholarship for Girls’ is serviced under the Non-profit organisation. He will engage in a keynote conversation with his co-host, Chiwetel Ejiofor on ‘philanthropy in Africa’. Also invited as guests are fellow Nigerians; Sam Adegoke, Dayo Okeniyi and Jidenna. As well as Benedict Cumberbatch serving as the event’s honorary chair.

Feel free to donate on the GEANCO official Website.

Next Article Watch the Video for Tekno’s latest single, “Choko”