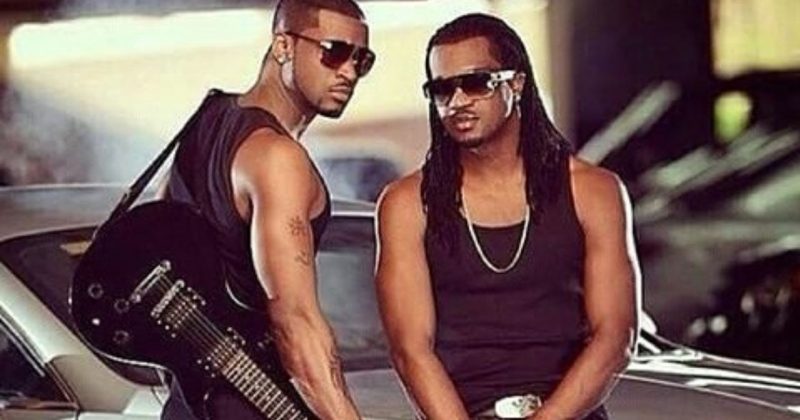 While things continue to fall apart internally at the Okoye camp, only bare details  of the on-going recursion of blood beef between the three brothers have made it to the media.  Though Peter broke the group’s protocol for silence and social media subliminal posts in the stead by releasing a statement announcing his breakup from P Square through the group’s lawyer. In the letter, Peter claimed to be a target for his brothers, referencing violent threats his siblings have made against his nuclear family.

The video referenced in the “Termination Letter” Peter sent to P Square lawyer, Keyamo has leaked on the internet and it confirms that P Square isn’t the perfect picture of brotherhood as we once thought. The brothers exchange angry words and express their hatred right in the presence of witnesses who have to stop them from exchanging blows. The resulting standoff is so dramatic, you’ll question if this entire thing is staged. Either ways, Peter can certainly pursue a career in acting action movies. Watch the video below.

Next Article The Shuffle: You won’t believe how good this forgotten track from Tiwa Savage’s debut album is