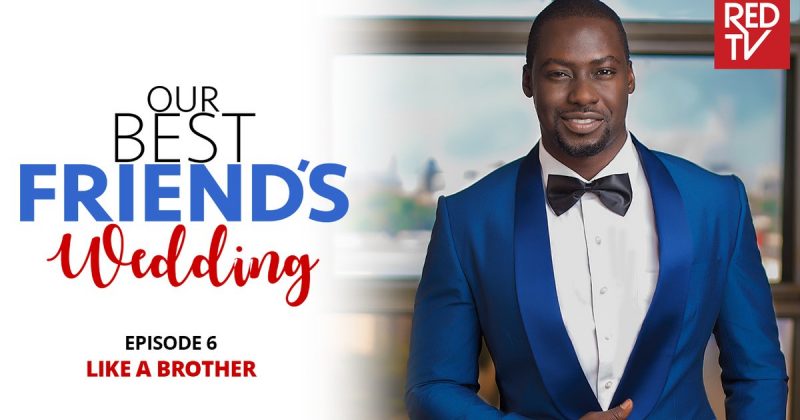 AV Club: We’re at the halfway point of OBFW and Charles is still the worst

#OBFW is at the halfway mark. For those of you waiting to binge watch, there are SIX episodes in the playlist now https://t.co/gdwU2FlXUG

So now, it’s been sort of confirmed that the first season of Our Best Friend’s Wedding will only have 12 episodes in it’s first season. In light of this bit of information, let’s do a little book keeping.

Here’s what we know about Our Best Friend’s Wedding.

Charles, perennial playboy and all around douchebag, eavesdrops on his mother’s private conversation and snoops through her personal shit and jumps to a premature conclusion that his mother has cancer.

Instead of taking her to the hospital, he instead decides to give her a wife and children. More douchebaggery.

He tells his druggie, irresponsible male best friend that his mother has cancer, then withholds this vital information from his oft-jobless but very responsible female best friends, and instead co-opts them into finding him his mail-order bride.

They draw up a list of 8 of Charles’s exes, and potentially set up 8 dates for him to find his ‘true love’.

So far he has been on a date with two of the eight girls on the list, Thirsty Tara and “I had an abortion and became a bad girl” Shayo. Of course there was also Dr. Darlene, who is already married and Aunty Jade who we all know is eventually going to end up with douchebag Charles.

Now you’re all caught up, let’s dig into episode 6.

If you haven’t seen the episode, do so here.

After disastrous S&M date with Shayo, Charles is back to being a regular ass, poorly acted douchebag and the show’s finally zeroing on the Jade subplot. After all she is the other ‘main’ character and so far she’s been largely neglected. Jade’s been aired for the last few days since her first date with Tunde and when he finally calls her, he apologizes and tells her he’s been unable to even look away from his laptop because one of the servers at his startup crashed. Jade’s understandably remorseful after hearing this. Then inexplicably, the director decides to create fake tension by using framing and dramatic music to cast Tunde’s secretary as some kind of side chick.

There are actual plot points that are being ignored for this, cut it out.

Tunde tells Jade he’s got her a present as a peace offering for airing her and offers to come over to hers to drop it. You go fear format.

Meanwhile, Charles is at Promise’s who apparently has been released from the hospital. Promise is getting all dressed up to go to Church (hey Nollywood plotline) and he tries to convince Charles to come with. But Charles won’t because he has to go see Kemi and Jade. Bringing them up gives Promise the opportunity to ask him (again) why he isn’t just asking Jade out. Of course douchebag Charles is all like ‘Jade’s married to her work’ and ‘This is awkward’. Boy, if you don’t get the fuck out of here with the fucking excuses.

While Charles is going to great lengths to keep Jade in the friendzone, Jade is at home hostessing her guest Tunde. His surprise is apparently a bottle of tequila and he quickly sets up a game of beer pong (perhaps to soften her up). By the time they’re done, he’s all up in Jade’s space leaning in for a kiss.

While Jade and Tunde are being rudely interrupted, Onome from episode one is at an ATM somewhere withdrawing the money she conned out of Charles for the contract from her firm. She receives a call from some unknown number and agrees to meet someone somewhere. Oh my God, what could all this vagueness mean?

By the time Charles gets to Jade’s, Tunde and co are already in the thick of their hangout and Tunde, not knowing who Charles is or his pride of place in the friendzone shuts the door on him. Jade goes out and fetches him into the house and introduces Charles and Tunde to each other. They remain mildly civil but the tension between them is thick enough that you can cut it with a knife. Jade chooses to sit beside Tunde and of course, he receives yet another call requiring him to return to the office. While Charles is still trying to convince himself Jade is securely single and in the thrall of his friendzone, she kisses Tunde in full glare of Kemi and Charles.

Nobody had to tell Charles to go on his next date after that. His next babe is Yetunde, a walking stereotype for the Lagos runz geh. Yetunde is overweight, has very shouty coloured contact lenses in and is wolfing down the rice in front of her as if the waiter might come and take it away. The show’s writers at least pretended to give Shayo some nuance, with this one they literally just made a her talking plot point. The entire date last less than a minute before Charles pays the bill and ditches her for accusing of asking her to split the bill with her.

But not before she throws a glass of water at Charles and instead hits a 7 foot giant on a date at the next table. And for the first time in the entire show, our resident douchebag gets what he deserves, a black eye.

The episode should have ended there, but what is an OBFW episode without a cliffhanger, and we get one in the form of Onome at Charles’s front door at midnight with a shiny black eye of her own.

So a few questions.

Are we going to ever get a three dimensional female character? Jade is defined by whoever is or is not giving her face; Kemi is completely over it even before anyone starts talking and all the women in Charles’s past are two dimensional cardboard characters.

Our Best Friend’s Wedding is this close to redeeming itself, (even though we know the looking for love bit is irredeemable) if it can give us just ONE three dimensional female character.