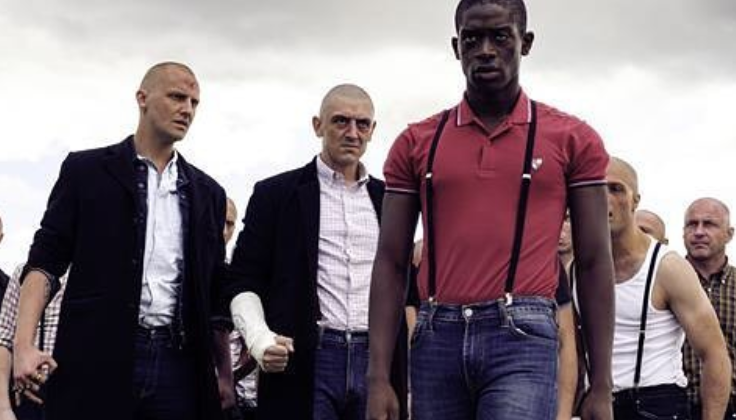 Two Nigerian films were screened at this year’s Toronto International Film Festival (TiFF). As of yesterday, both films have been picked for international distribution by a number of distribution companies. Farming, the second of the two films is Nigerian-British actor turned director, Adewale Akinnuoye-Agbaje’s directorial debut.

The film, recently picked up by Lionsgate for UK distribution via HanWay Films, is a semi-autobiographical film, based on Akinnuoye-Agbaje’s life as a young boy in UK. The title, Farming is in reference to the practice of Nigerian parents “farming out” their children to white UK families.

“FARMING” = Nigerians fostered out to white families in Britain. If you or anyone you know experienced the Farming Phenomenon, Please email farmingfilm@gmail.com with your name, place you were fostered in, dates, and photos to become a part of the FARMING MOVIE EXPERIENCE.

Farming starts out in the 1960s and follows the story of Enitan, a London-born Nigerian boy, whose Yoruba parents “farm” him to a white working-class British family in hopes of giving him a better future. Enitan floats between cultures and ends up joining a white skinhead gang “led by a racist psychopath”. The film stars British-Nigerian actor, Damson Idris as Enitan and Kate Beckinsale as his foster mother, alongside Genevieve Nnaji, Gugu Mbatha-Raw, and the director, Adewale Akinnuoye-Agbaje.

HanWay Films has also closed deals with Ad Vitam in France, September Films in the Benelux region, Icon in Australasia, and CDC in Latin America and South Korea.

Here is a clip featuring the two lead characters:

ICYMI: The trailer for Genevieve’s directorial debut “Lionheart” is out, Watch it here