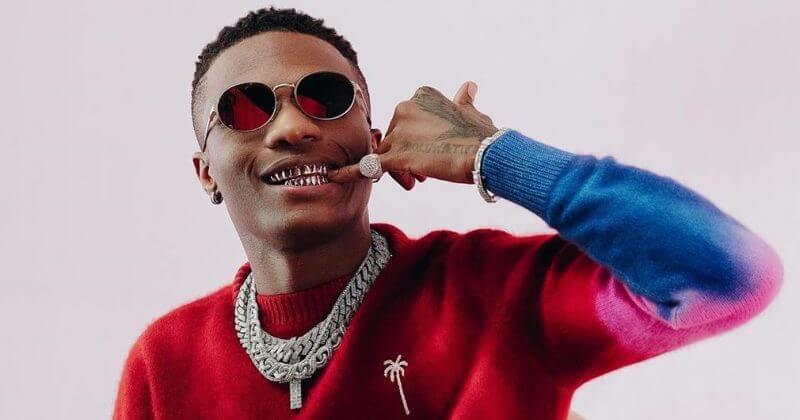 Wizkid has been teasing his forthcoming album ‘Made In Lagos’ for over three years now. During summer’s peak, ‘Made In Lagos‘ anticipation left fans in a gulf of uncertainty, as debate as to whether we’ll ever hear the album ever grew more and more valid. Matters weren’t made any better when the previously announced “July 16” release date, turned out to be the H.E.R-assisted “Smile”, instead of the full-length album touted to feature Burna Boy, Tems, Tay Iwar, Skepta, Ella Mai, Damien Marley and more.

With the release of his latest single, however, the original Starboy has assured us that the false starts are through. Along with “No Stress” came the album’s bright and hyperactive cover art and a pre-release appearance on streamers, indicating that, on October 15, we will finally hear the sounds that Wizkid ‘Made In Lagos‘ and beyond.

Track number eight on the forthcoming project – two songs down from the #MIL lead single, “Smile” – “No Stress” begins with four counts of the same breezy arpeggio, a surprisingly simple, soothing introduction to Wizkid’s equally as calming familiar vocals that confess his casual relationship status involving no stress.

The familiarity in Wizkid’s opening line doesn’t come from his delectable signature-sounding singing chops alone. The melody of his introduction, which turns out to be the heart of the track – it’s chorus – is reminiscent of Wizkid’s 2018 hit-collab with fellow Eagle, Skepta (who ironically released a song of the same title on Friday too, though his interpretation of “No Stress” sounds a little more gritty than Wiz’s sensual one). Reigniting the intonations he delivered on his “Energy (Stay Far Away)” chorus, “she tell me bad man, say I need your love,” Wizkid hones in on the parallel these two songs shares in their sentiments, affording the conclusion that he wants “bad energy [to] stay far away” because both this bad man and his “pretty pretty lady” don’t like stress. This is the bond that both Wizkid and his girl for the three-plus minutes of the record share, the fact they “no like no stress“.

Generous with his verses, Wizkid delivers an atypical (for these times) three verses over the track. Interpolating Amerie’s “1 Thing” on his third and final verse – where he shouts out black women from the Motherland, the Caribbean, and even South London – Wizkid’s second verse gets into a sung flow, as he repeats that he is the only one for his muse, a tone he set right from the top of the song where he sings favourably as about his independent woman whose “got her own but she needs some love.“

Wizkid has been winning women over with his lyrical seduction since his “Tease Me” days. But over the years, as Wiz has matured, so has his growingly alluring vocals, boasting a seductively calm voice that narrates his grown-up intimate desires, adding more authenticity to his irresistible music. When it comes to “No Stress”, UK-based producer P2J (who boasts sprawling credits on Beyoncé’s ‘The Lion King: The Gift‘ album) uses his talents to forge the safe, sexy space that affords the type of encounter Wizkid narrates over the gyrating beat. P2J’s prowess is evident from the subtle details he weaves into “No Stress”, for example, in the background of his production, listeners can sense a muffled vocalising trooping through each bar, mocking the orgasmic sensation Wizkid repeatedly describes – and, for all music lovers, metaphorically imparts – on this song.

“No Stress” leaves listeners pulsing to the beat of Wizkid’s perfect modern love affair. It’s another W in the bag for Nigeria’s brightest star.

ICYMI: GEMS: A LIST OF THE BEST SONGS RELEASED THIS WEEK

0700
Previous Article NATIVE EXCLUSIVE: A friendly introduction to Cracker Mallo as a producer/artist

Next Article Songs of the day: New music from The Cavemen, Eugy, Sir Dauda and Simi and more