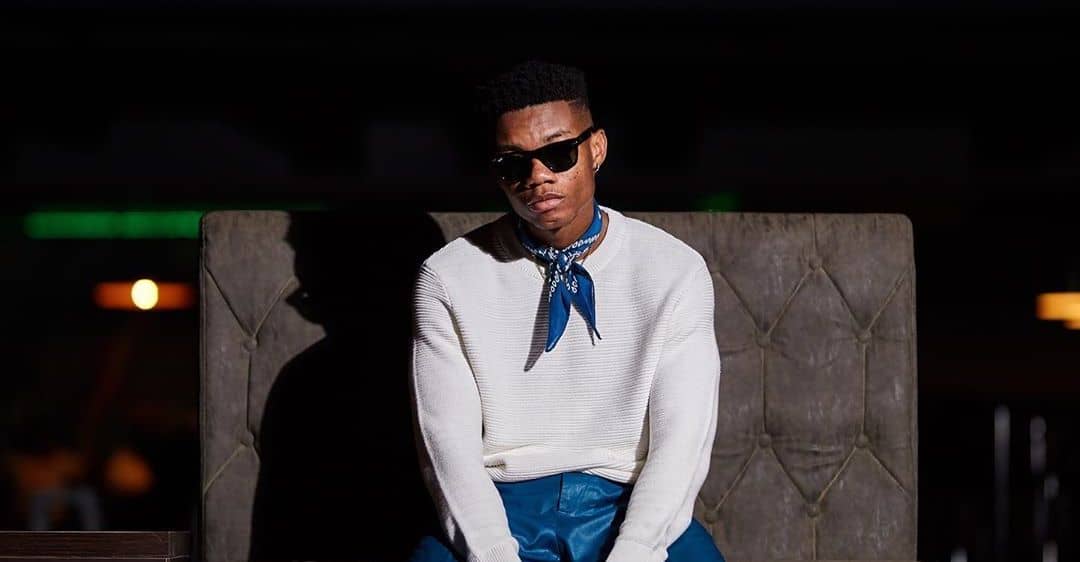 Best New Music: KiDi takes inspiration from the ‘80s on “Next Time I See You”

Two of this year’s best albums, The Weeknd’s ‘After Hours’ and Dua Lipa’s ‘Future Nostalgia’, are defined by their explicit affinity to pop music from the ‘80s. While both artists lean into those inspirations to create personal masterpiece, in the larger context, it further highlights the far-reaching influence of music from that era.

Closer to home, Odunsi (the Engine)’s debut album, ‘rare.’, took some cues from the disco-funk hybrid originated back then, and Tyler, the Creator sampled an obscure Nigerian disco gem for a standout cut off his last album, ‘IGOR’. Now, Ghanaian singer, KiDi is the latest African artist to draw inspiration from this infinite well, and a feat he manages to pull off sublimely.

‘Blue’, KiDi’s new EP features repeat-worthy songs, loaded with ear candy melodies over mid-tempo, highlife-indented production, however, it’s the disco-heavy final track, “Next Time I See You” that stands as the project’s most striking point.

We have the Number 1 Project right now ! You guys are doing amazing !! I’m so grateful for the support Keep streaming #BlueEP💙 bigop @applemusic You people say #SayCheeseChallenge ? Ayt Say No more 🥶🥶🥶🥶 Shouts to my bro @1realjoeyb for #LavaFeels 🔥

The sonic difference of “Next Time I See You” sets it apart from those within its proximity, but that novelty is an accessory to a greatly crafted song which adheres to the simple, shiny and chic essence of pop music from the ‘80s. Disco music’s best and most potent trick lies in its ability to get listeners in a good mood without subverting the emotions behind the singer’s content.

On “Next Time I See You”, technicolour keys, a low-end piano synth riff and swinging, slip-n-slide drums create the bright atmosphere for KiDi to hold out his pining heart to a love interest he feels a strong, almost divine, attraction towards. “Next time I see you, I swear walahi, I no go let you go, no way”, he proclaims on the bold and bulletproof hook.

Where KiDi’s work is usually accentuated with tricks for melodic embellishments, “Next Time I See You” finds its allure in a somewhat straightforward vocal approach, giving us a full view into the singer’s raw ability as a vocalist. Coupled with his lyrics, some of which are sung in his native dialect, the song is an incredible take on a highly influential style of music, taking KiDi’s Ghanaian identity into account while also sounding as pristine and as catchy as disco music is supposed to be.

While “Next Time I See You” is a testament to the wonderful results artists can achieve by looking to the past, it also acts a leading example for future forays from other African artists. As an amorphous genre that pulls from any and everywhere, it won’t be totally unexpected if disco becomes a prevalent source of inspiration in the near future. What’s certain, though, is that KiDi’s well-executed banger—alongside aforementioned examples—has set a high benchmark for quality.

Listen to “Next Time I See You” here.

ICYMI: WANI SENDS A MESSAGE ABOUT RESILIENCE ON DRB’S “I SWEAR”