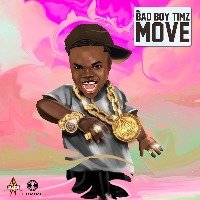 a welcome return for the singer

In many ways, Bad Boy Timz had the time of his life last year. After enjoying a star turn on “MJ,” the singer maximised the social currency he received by following it up with two remixes that cast two of Afropop’s biggest names namely Teni and Mayorkun respectively.

Through his string of radio-ready hits, the singer’s most compelling quality lay in how he effortlessly channeled the extemporaneousness of genres such as Fuji and Apala with the present of Nigerian pop. This was mainly courtesy of his knack for rhythmicity and stellar production; and the in midst of the gloom and insolation of 2020, his music served as a potent reminder of the time before lockdowns were a norm.

Later in 2020, Timz was a shining light on ‘Carpe Diem’, the expertly curated album that signaled Olamide’s rapprochement with the center of Nigerian pop. “Loading,” the Olamide and Timz collab off the album, was a standout that took on a life of its own almost immediately after the release of the album, introducing the rising singer to a whole new audience. By the end of February 2021, he had received a Headies award in the Rookie Of The Year category. Then Timz seemingly disappeared.

Just at the moment, his career was projected to take off, legal issues with his label, Anonymous Music, threatened to disrupt his trajectory. Months passed without any words from Bad Boy Timz with only scant Insta stories updates occasionally popping up to remind fans that he had not indeed vanished off the face of the earth. Two weeks ago, the singer made a concerted return to social media, announcing that he was scheduled to put music out. “Move,” the song that he promised is packed with the free-wheeling boundlessness that drew many people to his music in the first place.

Produced by Semzi, “Move” has a typically spurious edge, built around a concoction of piano chords, splattering drum patterns, and a rapid delivery flow from Timz. On the song, he is ready to head back into the club, crash the most exclusive events, and continue his money chase after all these months away. There is almost no time to be downcast about any disruptions to his career as he carries on with the no-frill approach that made him a household name in the first place.

“I no like wahala o,” the singer says on occasion through the track as he lays bare the simple oleanders that motivate him with an earnest air that reflects his irrepressible energy. The template here bears some similarity to “Have Fun,” the denouement on his impressive 2020 that we heard from him before he seemingly faded from view. Hopefully, we don’t have to wait as long to hear more from the singer.