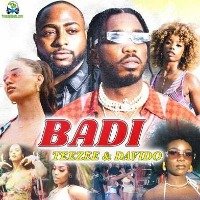 In many ways, Teezee is one of the few true visionaries operating in Nigerian music. Whether as part of DRB Lasgidi, a creative super-collective that was central to the ushering in of innovative expressionism and music that coalesced into West Africa’s eruptive alté scene, or as a critical part of the Lagos-to-London pipeline that is encouraging exchanges of ideas, cultural touchpoints, and melodies between both cities. Teezee continues to push boundaries with his art and life’s work.

The past 18 months have been especially fruitful on multiple fronts for Teezee. Last year, he became a father for the first time and, earlier this year, he began the campaign for his sophomore project. He first released the Maison2500 and New World Ray-assisted “GUALA,” a trippy Hip-Hop affair that found the young veteran operating in the rap origins of his earliest work. He later followed this up with an electrifying feature on Skepta’s “Peace Of Mind” in tandem with Kid Cudi.

Displaying the shape-shifting appreciation for melody that has made him a fixture on the music scene for more than a decade, Teezee’s latest, the Davido-featuring “BADI,” is an earworm track that sees him put his love for women, romance, and hedonistic thrills in the spotlight while assuring his woman that he’ll always appreciate her.

When Teezee slides in, he’s in a similarly certain mind-frame mood, picking up from where Davido left off. “We go dey together, thought I told you so,” he sings, expressing his romantic intentions. He later continues: “I don’t really care about what they say about me/I don’t really care what they say about you,” while listing out the physical characteristic of his perfect woman.

Just a little over two minutes, “BADI” is an interesting expansion of Teezee’s soundscape to reflect the boisterous energy of the singer’s Nigerian origin. It is full of delectable songwriting that makes Nigerian pop an inventive arena while still retaining enough of his essence to make it a cool December anthem. And with a sophomore project still to come, it’s clear that he’s genuinely just having some fun.