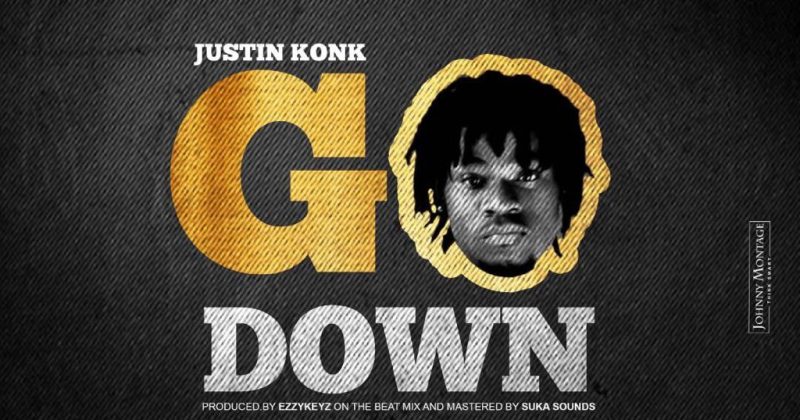 With all the pon-pon music out there and the banku inspired drowsy beats that seem to have overwhelmed the airways, it’s easy to forget that there used to be a time when all we cared for as Nigerians was a heavy thumping bass and rapid fire dancefloor ready lyrics. This was the era that artists like Terry G and Stereoman Ekwe tapped into, a sort of primal tribal influence that got us on our feet and dancing before we could even parse what was being said. That kind of urgency in music has been in scarce supply and it is somewhat nostalgic to see a contemporary artist like Justin Konk dig in those wells for inspiration.

The afropop singer’s new single “Go Down” has its entire soul tied to a eclectic tribal drum loop that mimics traditional oghene music. The staccato beat is so classic Terry G that it doesn’t register that you’re listening to a throwback until the more contemporary synth melodies interspersed with athletic electric guitar riff is layered onto the percussions, driven by Konk’s urgent voice. A pure dance rave, through and through, Konk weaves a fascinating mix of sung-rap lyrics, switching between pidgin and yoruba, his delivery made even more distinctive by what you realise at the end of the song is a distinctive lisp.

“Go Down” might not get the rabid conversations that follow alternative underground music makers but Justin Konk’s gamble looks like it may pay off. The song will definitely resonate on a subconscious level with former fans of a more urgent, more Nigerian afro-pop sound.

Stream “Go Down” below