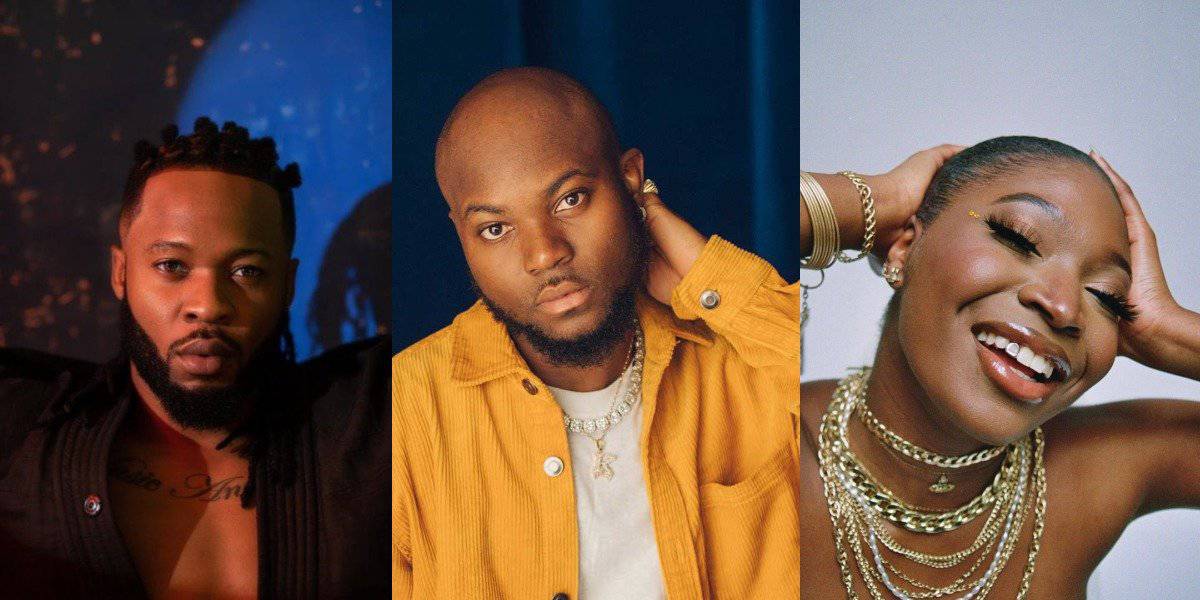 new music from around the continent

That’s where our Songs of the Day column comes in. We’re doing the work to stay on pulse with all the music coming out from across the continent and beyond, bringing you exciting songs of tomorrow: today. On Friday, we had soothing music from Zinoleesky, Teni, Zlatan and many more. Today’s column brings you the sounds from Flavour, MzVee, 9ice & many more.

Trap music has been a tool for artists to express themselves and soundtrack the story of their lives. Nigerian singer, David Usoro, popularly known as Novacane XO is one of such artists waxing poetic about his pain and struggles. In his latest track “Suicide Doors”, he highlights the lifestyle and realities of living on the streets.

“I’m from the streets I’m used to the violence and used to the gun okay, Most of the times the police be killing my n***** in broad day,” he shares, speaking on the impact of living on the fringes of Lagos’ capitalist society. He questions the reasoning for the massacre and how we live in Lagos but it feels like a whole other city. Another day, another death: suicide doors.

The undisputed King of the East is back and better than ever. Yesterday, singer Flavour unveiled his new single, a boisterous and braggadocious new number titled “Levels.” Over the catchy traditional production, the singer boasts about his wealthy status in life, praising God for his favour and toasting to the riches he now enjoys with his family and brothers. In the newly released video, Flavour is seen performing his braggadocious verses while accompanied by a number of familiar names from the East including Nollywood veteran, Kanayo O. Kanayo, Yul Edochie, Cubana Chiefpriest and more. The befitting video speaks volumes to the fervour and success of our Eastern brothers and Flavour proudly puts on himself and his hometown.

MzVee, the award-winning Ghanaian Afropop singer has just teamed up with the Nigerian powerhouse, Tiwa Savage for a new catchy number titled “Coming Home.” Over a rhythmic beat couched in Afropop drums and distinct keys, both artists address their love interest, reaffirming their commitment and promising to return to them at the end of the day. “Take my hand carry go away, it’s for life if I tell you said I love you” is a standout lyric that says all you need to know about the song.

After delivering his own viral take on Fireboy DML’s hit single “Peru”, Nigerian singer and rapper, Tolibian is back with a new freestyle and video titled “Beware of Dog.” The humourous freestyle finds both artists in an odd conversation with each other speaking on Rexxie’s dog that is outside the studio and armed for attack. In order to remain stage and prevent anyone from getting hurt in the process, Tolibian stays inside but that turns into a heated argument as to the best way to settle the issue.

As one of the most revered names in Afropop, Nigerian rapper and singer, 9ice doesn’t have to release any new material for there to be conversations about his musical abilities. As the years have gone by, his releases have become slow and steady, with a vibe that is undeniably hypnotic, even though he’s less obviously commercial. His latest single “Poison”, his second release this year following “Iwaju” back in May is a welcome return of sorts for the mcee.

With his raspy yet smooth tone, he abandons his gruff off-the-cuff raps for a romantic number which finds him confessing his affection for a muse. Here, he sings his heart out for his love interest and how much he loves and admires her despite knowing that she is not good for him. Littering his verses with efficient needle drops of Yoruba and English, which he segues between seamlessly, the street poet turns a new leaf and turns his focus to matters of the heart.

After the success of his single “Slow Down” earlier in May, Ghanaian singer and songwriter, King Promise returns with the song’s befitting remix, this time featuring Maleek Berry. His rich voice sounds smooth like butter as he sings to his woman and the relationship they have with each other. “She say we dey move too fast, make we take am easy” and he continues with “I no dey think we should wait, No need to delay” he sings, imploring her to see eye to eye with him. Maleek Berry compliments this track in such an amazing way with his breathtaking vocals.

In search of an Amapiano styled Bad Bitch anthem? Then this is the perfect song for you. Rap newcomer, T-WU is days from the release of her debut solo effort, ‘Rodeo EP’, a 5-track introduction to her strong writing ability and her unfiltered sense of confidence. On the standout track titled “Party Girl” ft. Kasheefah, the rapper unexpectedly delivers an Amapiano-inspired rap number geared to rival any of her peers right now.

“I’m a bad girl already told ya, I know you wanna be like me, don’t ya, I am the culture” she raps while highlighting the fact that she does what she wants and how she pleases. As the song builds, T-wu and her collaborator, Kasheefah expertly spit menacing and boastful bars with dizzying speed over the catchiness of the Amapiano beat, wielding a refreshingly unfiltered outlook on genres and stringent rules. While T-wu is a newcomer with only one project under her belt, she’s already showing signs of a promising rap career, as one who can piss of Rap traditionalists in one breath and get the girls to twerk in the next. That’s hard!