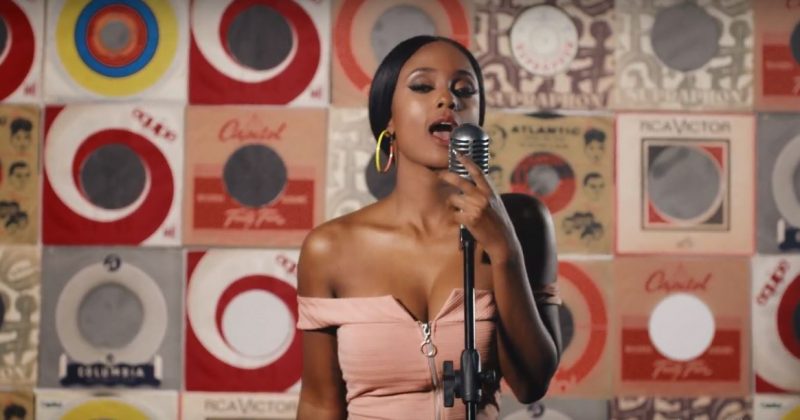 Vanessa Mdee teams up with DJ Tira, Distruction Boyz and Prince Bulo for new single, “That’s For Me”

Vanessa Mdee is excitingly talented at articulating exactly what she wants with gutsy exploitation of her sexual prowess. The Tanzania pop star just released a new single, “That’s For Me”, celebrating her lover while gleefully detailing a sexual escapade that the accompanying music video leans into with raunchy assertiveness, showing Vanessa embracing her sex appeal with sensual costumes and dance routines.

Featuring some of the best House music artists from South Africa, DJ Tira, Distruction Boyz and Prince Bulo, “That’s For Me” is built using one of the many principles club music shares with sex; the build and release. It begins gingerly with just a few light synth pulses and drumbeats that allows Vanessa Mdee’s seductive words resonate with listeners. But as the beat climbs, you sense a payoff isn’t far off as Vanessa Mdee’s voice begins to ache and the beat explodes into one of those glittering, starry-eyed climaxes that pop music fans live for.

You can watch the music video for “That’s For Me” below.

ICYMI: Watch Vanessa Mdee and Reekado Banks celebrate the glee of being in love in their music video for “Bambino”

Next Article Sarz shares 6-track EP, ‘SINYM(Sarz is Not Your Mate)’