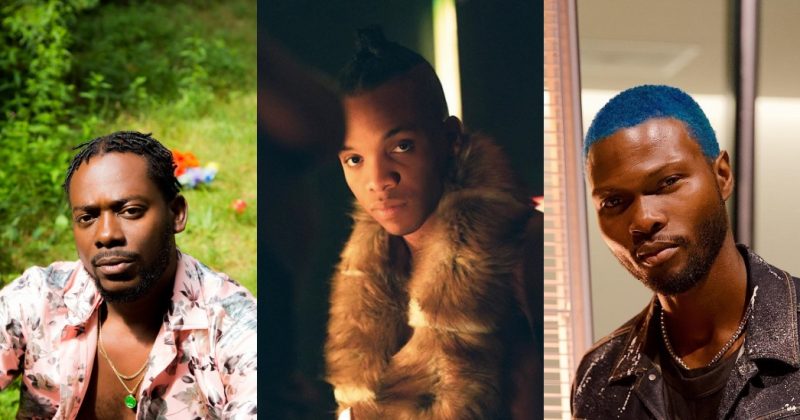 The constant frequency of cross-Atlantic collaborations is proof that afropop is only moving forward with its global appeal. Across the continent, music has only become more diverse and expansive, leading to a daily flurry of new releases. We’ve decided to help out by sorting through new songs from across all the sub-genres around the continent to curate a column with all the best “Songs of the Day”, to highlight all the new releases you Need to hear.

Earlier in the week, we enjoyed new releases from Korede Bello, Sarkodie, Kiienka, Dapo Turbuna, and Mayorkun and many more, as artists around the continent continue to roll out much-needed music to get through these strange and unprecedented times. Today, we bring you all the new music Friday releases all in one place from Adekunle Gold’s first single “Something Different” under new label Virgin EMI Records, to new releases from DRB, Tekno, Wurld, Noir, Starboi Terri, Yinoulu x Psycho YP, Maison2500, Dusten Truce, Adanna Duru and many more from around the continent. Dig in, and you’re welcome.

For the past week, Adekunle Gold has been teasing his second single of the year “Something Different” and it’s finally here. The sultry romantic drum-led number sees Adekunle Gold crooning about a girl who seems to still be leading him on, even though he’s ready to commit to her. ‘We could be have been something different/You say no money no Hunny o’ he sings over the song’s hook as he tries to reason with his love interest who is unwilling to fall in love if it’s going to mean not being pampered and spoiled the way she needs.

Tekno is back with his third single of the year, “Sudden” an upbeat number where he runs much-needed social commentary on our country. ‘All of a sudden, hustle don catch/40 billion is a nothing for them’ he sings, mocking politicians and governments around the world who are suddenly pushing out billions of cash to combat the deadly pandemic and its ensuing socio-economic effects on the masses. The ongoing pandemic has shown more than ever that most of the existing systems that were the norm under capitalism are suddenly being halted or corrected,  showing just how easy it was to make these changes before the virus took over.

WurlD is set to release his sophomore solo album ‘AFROSOUL’ later on this month and ahead of this, he’s released a new single “Ghost Town” which he premiered on the COLORSXSTUDIOS stage earlier this week. The afrosoul/pop-tinged production allows for WurlD to show off more of his stellar penmanship, speaking about ending up in a ghost town due to his loneliness and having to go the mile on his own. ‘You only gonna get one chance so you better hit the bullseye’ he sings passionately on the song’s hook, advising others like himself to stay true to their passion and beliefs even if it means standing alone.

Lagos-based artist, Noir has just released his first single of the year “Down for It” , where he shows his admiration and longing for a love interest over an upbeat afropop-infused beat. The accompanying music video which was directed by UaxSeyi is an extremely vibrant and colourful affair, with varying clips of seductive dancers included to add to the song’s suggestive theme. ‘Sex is human nature’ Noir croons, inviting his love interest to give him a chance and consent to a mutual good time. We love to see consent being addressed in music.

Talented beatsmith, Yinoluu’s influence on the music scene is undeniable as seen from his involvement on Odunsi’s debut project ‘rare.’ where he produced the fan-favorite, “Alté Cruise”. To start off the new year, he is set to release an EP ‘Lost Files’ later on in the month, which boasts of features from Amaarae to Mafeni. He’s dropped the second single off the EP, “You” featuring Psycho YP. On “You” we see a different side to YP, where he switches the off-the-cuff raps for a romantic flow aimed at a special woman. ‘Nobody’s ever gon’ take my soul from you’ he croons, expressing just how hooked he is to his love interest.

Starboy Terri has just released his debut album ‘Afroseries’ which includes the standout track “Ojoro”, a catchy afropop number, which is sure to get anyone off their feet and dancing– even though we’re indoors for awhile. The infectious drum-led Sarz-produced beat makes for the perfect backdrop for Terri’s soft vocals, as he pleads with a love interest not to cheat on him and their love.

Dusten Truce recruits Nigerian singer and producer, 3rty and TylerRiddim for new single “Omoge” on which all three artists exchange verses on love and the ensuing heartbreak which comes with risking it all for love. Over the stellar production from Jayblakez and DJ Xtreme, Truce sings ‘This thing no be game but it’s still a sport/so I keep on playing like Ronaldo with the ball’ as he alludes to love being a game, which he must always have control over like the popular football player, Ronaldo on the pitch.

Adanna Duru’s new single “Acid!” sounds just like the title suggests – it’s experimental, lo-fi, hazy and delectably infectious. ‘I give you the rundown, don’t you ever come round’ she croons over the drubbing beat produced by LA-based producer, Dorktheghost. She sings about the self-confidence and undeniable power she possesses, while she sends a message to naysayers that she is not one to be messed with. Love to see it!

ICYMI: Here’s all the new music you may have missed during the week

0011
Previous Article Life in Quarantine: Here’s how Lady Donli is spending her days indoors in Toronto

Next Article Rap Song of the Week: Vader The Wildcard’s “You Garru Be Kidding Me” is an infectious pop-rap banger