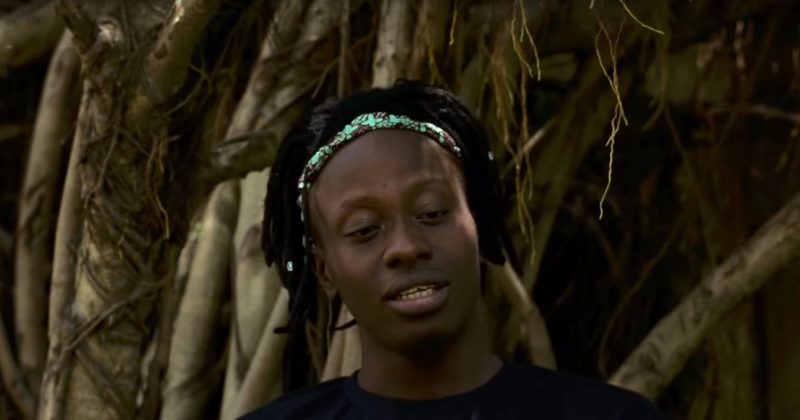 Because art often imitates life, several artists have used Lagos as muse, attempting to capture the famous city through their distinct perspectives. Ajebutter22 recently released his romantic tribute to Lagos, “Lagos Love” with a charming music video to match, but while he agrees on with the stifling reality in the city, his depictions still stand at sharp contrast with the Lagos setting for Oshmann’s new single, “Mans”, as the rapper takes us through the more sinister scenes of Lagos through the eyes of a hustler.

Slow piercing and melancholy instrumentals produced by Toye Aru set up the chilling mood for Oshmann’s hardcore confessional, establishing his hustler instincts as he brags about his ability to navigate the gritty reality on the streets in a mix of English and Yoruba bars. Despite Oshmann’s confidence in his street-smart, the emotions are dark, painting a gloomy picture of Lagos that inspires a noir music video directed by Toye Aru to match his vision through unhygienic streets, scenes of police arrests and under potentially dangerous scenes.

Watch the music video for Oshmann’s “Mans” below.

ICYMI: Watch SuperWozzy’s music video for “The cops the youth the country”

Next Article Skiibii teams up with Teni and DJ Neptune and Falz for new single, “Daz How Star Do”