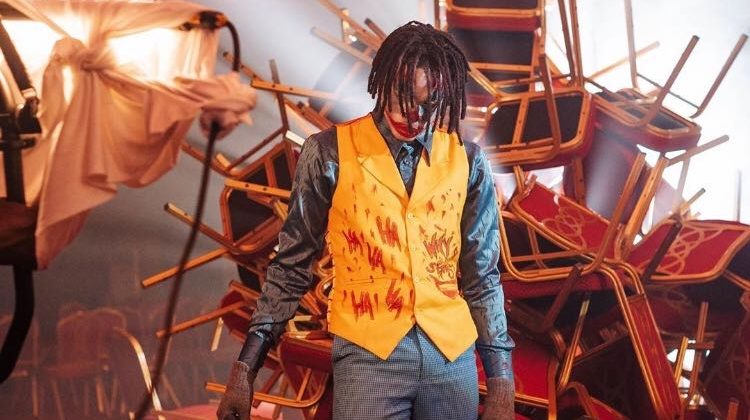 The Fireboy DML fandom already set Friday, the 29th of November, aside in anticipation for the YBNL singer’s debut project, ‘Laughter, Tears and Goosebumps’. He has released the album as promised but has also upped the ante with a graphic accompanying video for “Scatter”, one of the new cuts from the 13-track tape.

Produced by Pheelz, the energetic instrumentals for “Scatter” compel listeners to move to the beat’s alluring EDM-fueled rhythm. The music video also seems to build on the song’s irresistible narrative through a post-apocalyptic set, which shows Fireboy DML waking up the dead with a device on his wrist, before leading them to a party where they dance in harmony with the beat. There are also scenes tributing “The Joker” through the clown costumes and chaotic scenes while we watch Fireboy DML boast about the effect his songs have on the dance floor; “As I enter, the party scatter”.

ICYMI: Fireboy DML is a loverboy in his “King” music video