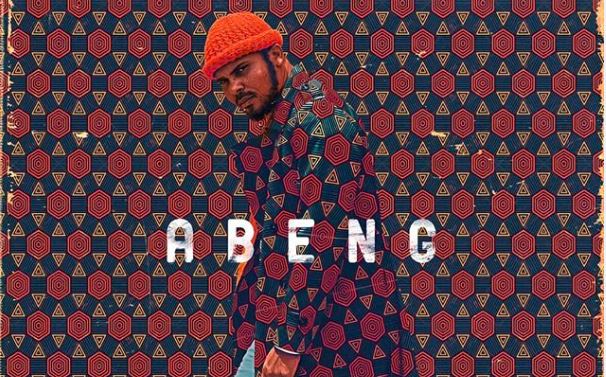 Making borderless music has become an empty buzz word for any and every artist making music they hope will connect with listeners outside their immediate range of audience. However, Walshy Fire’s debut solo project, ‘Abeng’, delivers a no-frills world of dance-club ready tunes that don’t feel aimed to fit trends; it veers from Afropop (Afrobeats) to rap, Reggae, R&B, and EDM. The highlife harmony for pre-released “Show You Off” single was built to accommodate WurlD’s penchant for fusing his indigenous influences with electronic music, but the rest of the 11-track project explores other dancehall sounds through the mix of African and Caribbean guest features, in an attempt to bridge both regions.

Even before being African was cool, Caribbean music has always shown its support for the continent through Reggae songs like Dennis Brown’s “Promised Land”. Despite the language barrier, our similar history and influences have made the intricate sounds from both regions weave in and out of each other, leaving highlife musicians sounding like they’re singing Soca and Calypso, while it’s not uncommon to find African artists singing in patio. On ‘Abeng’, Walshy Fire creates a soundscape where both regions are united under the same sound, singing on the same beats and expressing similar sentiments familiar to anyone that has ever been in love or in the dance club or in both.

The album’s led single, “Call Me”, featuring Mr Eazi and Kranium opens the album with a tropical texture accomplished through the mix of guitar riffs, 808s and synth samples. Both singers channel their romantic sensibilities to make a sultry bop to soundtrack lovers dancing as they sing endearingly, “My woman, my angle, my sweetheart”. Though Kranium’s patio vocals are instantly recognizable the Caribbean influence, the next track, Ice Prince and Demarco assisted “Round of Applause” is more enriched with the Island vibe, mixing clap samples, and synth harmonies for the Reggae fueled number that keeps the project within its romantic theme.

Alkaline and Runtown assisted track, “No Negative Vibes”, however, changes the pace for a summery reggaeton song too invested in having a good time to bother with romance. Over the mix of synthesizer harmonies and percussion that lull then erupts in nervous tremolo, both artists prescribe their remedies for bad vibes; “Light up me splif one time/This Henny got me feeling some type of way/ Feeling like a billion dollar man”. The next track, “Outside” pits Trinidadian ‘Watermelon Gyal’, Nailah Blackman and Adekunle Gold together for a charming duet aimed at saving a troubled relationship while Ice Prince and Masicka infuse some raps on the 5th track, “Xcellent”.

“Amazing”, one of the standout tracks on the tape finds Reggae dancehall singer, Timeka Marshall taking center stage to show off her alluring vocals over the catchy rattling instrumentals. Stonebwoy also delivers a verse, blending his indigenous Ghanaian dialect and some patio as he confesses his romantic feelings for a lover. Jay Newton and Vanessa Mdee join Ice Prince on African beauty worshipping, “African Lady”, while Ketchup returns the focus for ‘Abeng’ to the dancefloor on dancehall track, “No Laziness”.

The project closes with an authentic Caribbean remix of Runtown and Wizkid’s dancehall single, “Bend Down Pause”. The song was big in Nigeria when it was released in 2015 and stands as a testament to the harmonious relationship that has always existed between the Caribbean and Africa as Machel Montano doesn’t have to make any adjustment to his soca sound to fit into the catchy vibe of the beat Del B produces. With the collaborations, ‘Abeng’ certainly accomplishes Walshy Fire’s goal to make the world smaller and the party bigger.