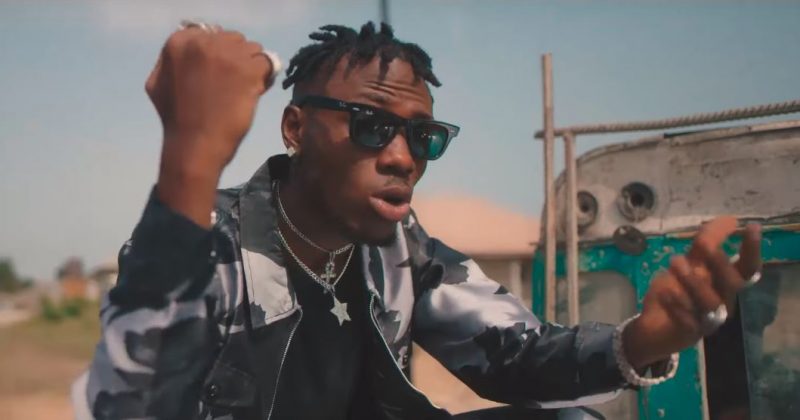 Yoruba language’s poeticism and ingenious aesthetic adds a certain gem to songs with the language striking the core of humanity’s need for spirituality. On “Way”, Davolee’s new single, his slick confidence takes on a prayerful tone that highlights his most intimate desires; “Ko Ri Mi Gbe Mi De Bi Rere/ Kese Mi Sin Mi Dey Be/ I No Wan Dey Beg For Raba/”. Backed by the mix of traditional drums, percussion and backup vocal samples that Aibrid produces, Davolee sings a plea for success with such greedy intent that it sounds like the type of vulnerable confession thugs only have in their heads. But Davolee projects it to the heavens, elevating the graphic hunger in his lyrics. Although he sings for the most part on “Way”, he performs a rap verse reminiscent of the remarkable storytelling that put him in the spotlight when he released “Festival Bar” last year.

The YBNL affiliated artist just put out the music video for “Way”, presumably “based on a true story”. The Alien directs the video with scenes depicting the struggles of the less glamorous working class Lagosians; bricklayers, mechanics, hawkers, meat sellers, etc. Though the video tries to highlight the pleasantries through the smiles on everyone’s face, the video ends with a quick reenactment of a boy being wrongly accused of a crime and being beaten up without anyone to protect or defend his innocence. It’s a touching representation of the present reality of youths in Nigeria, getting wrongly profiled by SARS officials and in extreme cases, losing their lives to trigger happy police officers.

You can stream the music video for Davolee’s “Way” below.

ICYMI: Listen to this cinematic rap song about “Festival Bar” by Davolee