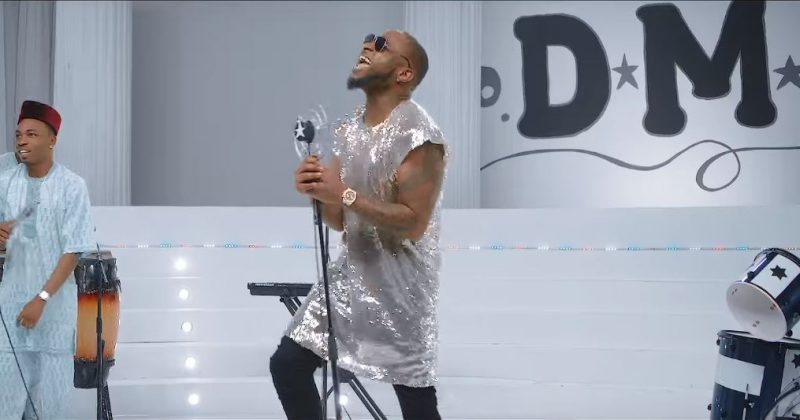 On “Flora My Flawa”, that “Son of Mercy” slump and Davido’s return to highlife

Before his political radicalization, Fela Kuti and the Koola Lobitos were purveyors of a distinctly African sound: The highlife. At the time (circa the 1950s), highlife was dance music that married African percussions and western style horns and guitar sections, creating a specific Ghanaian-Nigerian jazz sound.

While the roots of highlife extend across West Africa, The Gold Coast (present day Ghana) is recognized as the point at which all the streams merge. ‘Highlife’ started as a catch-name for the indigenous music played by the high-society orchestras that performed at formal dances organized by the emerging Ghanaian elite. While these orchestras and their audiences took pride in their flawless rendition of Western ballroom music, occasionally they spiced their repertoire with the occasional arrangement of an indigenous tune. These numbers were usually joyously received by the audience, who welcomed the opportunity to break from the rigid, constantly rehearsed steps of the waltz, quickstep and tango, and lose themselves in the unchoreographed, hip-rolling movements of the familiar local rhythms. Because these balls were only open to those who could afford the requirements for admission and the proletariat could only lurk outside, peering through windows to observe the exuberant proceedings within, they called it ‘highlife’ as they did not reach the social class of the couples going inside, who not only had to pay exorbitant fees but were exuberantly dressed too.

The dispersion of highlife from Ghana across Africa started with E.T Mensah’s extensive tour across West Africa in ‘53, establishing  highlife as the most stylishly modern of African sounds, African music of the future, emblematic of a continent that was steadily inching towards independence from colonialism. Mensah’s tour in Nigeria created so much sensation that radio stations and bands started to play his records on loop, artists started to emulate his style of music, all to satisfy the public’s appetite for the new Ghanaian sound, and so highlife came to be in Nigeria. Since most of the highlife musicians were easterners, the growing popularity of the genre was torpedoed by the civil war of ’67 and had since continued to wane.

In recent times, works of artists like Flavour, Kiss Daniel have re-energised the sound. But no one in popular music has achieved the most unfettered success with the genre as Davido. Nearly three years ago, the singer’s “Dodo” and “The Money” explored the electric energy and excitement present at a live performance during the heydays of highlife and mixed that with Afrojuju, something that has rarely been successfully done in modern African music.

“Show me the money eh..”, “The Money” would come wrapped as the last single before Davido’s international sojourn in 2017, following a Sony Music distribution in 2016. It wasn’t so shocking to see Davido’s sound take a more Western turn to ensure it’s appeal to a broader audience from this time. While this kind of maneuvering reads brilliantly on paper, the result, a five-track Son of Mercy EP that sounded so forced and formulaic.

In a move, I like to think was our first glimpse at the plot for Jordan Peele’s “Get Out”, Davido unshackled himself from limitations tied to his deal with SONY and returned to Nigeria to record. The fusion of EDM and Ghanaian hiplife was the sound of Nigerian music last year. The mid-tempo guitar/percussion-led sound dubbed ‘pon pon’ by Davido while on one of his infamous social media tirades, was 2017’s most popular music trend and a number of artists came for their slice of the pie.

‘If you can’t beat them, join them’ might work for others but  Davido’s agenda is to join and dominate them. Backtracking from the more western style of music he put out on signing his Sony Music deal that birthed the cold turkey EP that was Son of Mercy, the rave for the Ghana hiplife influenced sound was Davido’s ladder out of the greatest dip of his career. His single “IF”, a monster hit that saw him return back to basics and bring the sound into the mainstream, was a brilliant lesson on demand and supply from Davido.

Denouncing the ‘International artist’ label after the Sony deal and making a solid comeback to the Nigerian music scene last year, “Flora my Flawa”, is a welcome glimpse at Davido’s return to creating unmitigated African music. This bold return to the drawing board to make progressive, original music. How Davido’s sound will morph from here is unpredictable, but we doubt it’ll be far from home.

ICYMI: Watch the video for Davido’s “Flora My Flawa” here

Next Article Between Drake, “God’s Plan” and everything African celebrity philanthropy is not