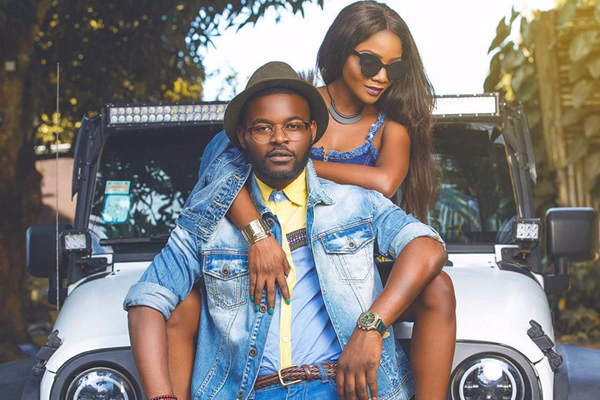 Check out the Video For Simi and Falz’s ‘Foreign’

Since the release of their collaborative project “Chemistry” in 2016, Simi and Falz have sailed through their solo careers with light-hearted and emotive music, like much of the music on the joint project. Both artists have released excellent albums and equally eye-catching music videos since this project, but it is fair to say that Chemistry has stayed one of the more interesting collaborative projects since it was released.

At the time, the duo kept it limited to audio versions of the songs on the EP, but they have now resurfaced, two years after, with a video for the first song from the project, titled “Foreign” because, echoing Simi’s announcement post, “Some things are too hard to let go of”

Surprise Surprise! 😝 Some things are too hard to let go of 😩 – Therefore, #FOREIGN Video ft. @falzthebahdguy X @symplysimi is Out Now! https://youtu.be/EIjN-XTmOew . Link in my bio . Directed by @ajefilmworks Make Up – @arabylaide Styled by (this particular accolade is funny 😂😂) – @deangelictouchstylist & @kie_kie__ Hair – @patricksbeautyzone

Like we hear on the song, both artists take turns explaining to how [and why] they’re “Foreign” [International, not from around town]. The video begins at a local food joint, where both artists take turns trying to out-do one another. With the gimmick accent heard on most of Falz’s music, makes his case with lines like “I’m so janded look at all my garment”. Simi’s singing fits right in, with the singer dropping equally ridiculous lines.

While they both explain that they won’t be caught dead eating the food being served, they somehow gingerly stand in line to eat the same meal. There’s a battle of sorts between both characters at the end, but there are no winners, as both are held by a small mob for not having any money to pay for their meal.

Simi Goes On A love Voyage In ‘Smile For Me’ Video

Next Article Wande Coal and Juls serve-up “So Mi So”,