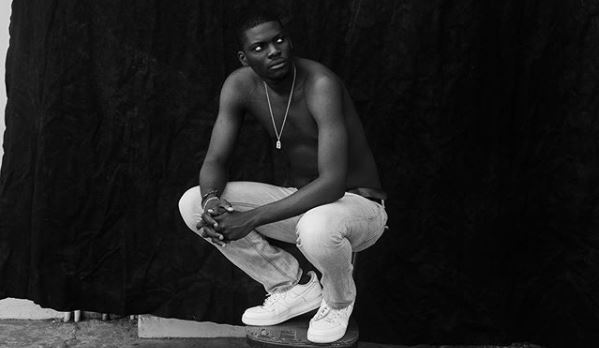 After stealing our hearts and minds in 2018, Yinka Bernie ghosted us last year. Fans and critics were close to printing out Missing Person fliers when the singer finally returned from his hiatus and announced a new single, “Water”, which is still yet to be released. However, he’s hit the ground running this year as he debuts his new single, “It’s Okay to Cry”, featuring Joyce Olong.

Yinka Bernie explained the personal inspiration behind “It’s Okay to Cry” while premiering the song on The PGM Radio Show with Douglas Jekan. He expressed that he had gone through some trying times that made him question his music career. Fuelled by the experience, he encouraged listeners with the reassuring message of hope heard in his lyrics; “It’s okay to cry/ It’s okay to feel lost inside”. The calming Francis Starlite-esq. piano chords provide the perfect bed for Bernie’s signature baritone, with Joyce Olong proving the ideal sound board, as they trade bars on the struggles of getting through the dark days. The rather naked mix of the song seems deliberate from Bernie, as he’s letting us into his most personal feelings, backed up by Olong for support.

Whilst Bernie hasn’t fully divulged details on what led to his radio silence last year – and nor does he have to – it is clear, he wasn’t okay. It’s hard enough to punch in and out of work when you’re not 100%, but if your work involves opening up yourself to thousands of people with every word you sing or speak, it’s easy to understand why he decided he needed some time to himself. And that’s okay. With seemingly unlimited access to our favourite artists at our fingertips, it’s important to remember they’re human, too.

“It’s Okay To Cry” isn’t a forced attempt at a socially-conscious record, but rather a real take on an experience all too familiar to young people today: the feeling of being trapped. As Bernie and Olong instruct us to “Breathe in/Breathe out…Open the window/Let the Air out,” the track plays out to the sound of chirping birds. You can almost envision the rays of sunlight cracking into a room which has been dark for far too long.

Stream “It’s Okay To Cry” by Yinka Bernie and Joyce Olong below.

ICYMI: We ask a few Millenials who they cope with bad mental health days

0100
Previous Article AV Club: “Hakkunde” is a timely and sometimes engaging look at being an unemployed Nigerian youth

Next Article Songs of the Day: New music from Reminisce, Efe Oraka, King Promise and others