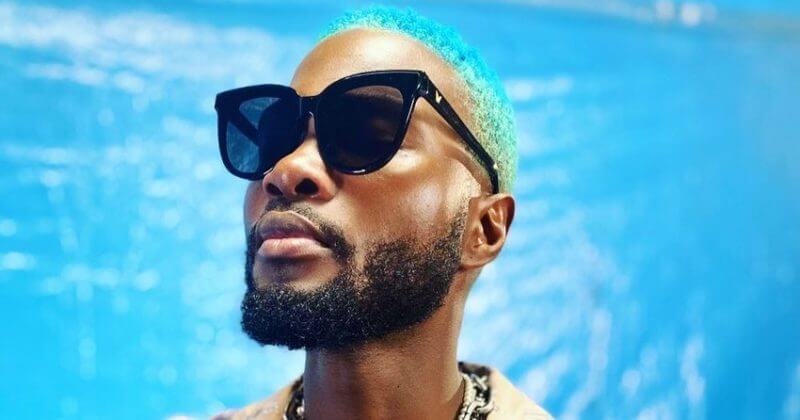 WurlD is one of the busiest artist in the Nigerian music space. In the twenty months since he released his first project in the limelight, ‘Love Is Contagious‘, WurlD has delivered a joint project with producer extraordinaire, Sarz, a 9-track appreciation of his ever-growing African fanbase, ‘AFROSOUL‘ and over the weekend, he upgraded the later project to Deluxe status, adding two more records to the early summer release.

Most Deluxe editions you’re familiar with will likely have thrown in their bonus tracks at the end of the familiar show, but WurlD is giving his added tracks priority position, adding “BOSSY” and “CHOP ‘N’ PRAY” to the top of the project, ahead of the previous opening song, “NATIONAL ANTHEM (GROWING WINGS)”. Given the strength and poignance of the original project opener, leading ‘AFROSOUL‘ with an alternative record is a risk – but a risk that works well for WurlD, as “BOSSY”, with is Cuppy cameo and Kida Kudz feature, packs a heavy punch.

After a breezy, strummed introductory bar, “BOSSY” opens with a voice message left on WurlD’s line, from none-other than Cuppy. Demanding – not requesting – his presence at her residence for her one night in town, Cuppy emerges as WurlD’s muse for the record, upon which he poses the typically insulting adjective as an alluring trait.

Most women with authority have experienced the double standard that describes the same assertiveness and confidence, defined as such in men, as bossiness or bitchiness in women. Throughout our lives, women have been made acutely aware of the social repercussions of self-assured decisiveness; we know all too well of the bad branding that comes with knowing what we want and going after it with candid conviction; being termed “bossy” isn’t unfamiliar to women who assert their authority accordingly. So – though subtle (and, in this context, inching on superficial) – the reframing of this typically negative adjective as a favourable characteristic is a welcome change from the misogynistic connotations commonly attached to the word. After his first verse, which detailed how time and money are essential assets to his muse, whilst men are not, WurlD concludes singing, “but I gotta learn to treat you right” before he goes into his chorus that gushes about her bossiness and admits that she only wants him for the sex.

Kida Kudz takes over seamlessly from WurlD, instantly admitting that he is crazy for his bossy lady, reiterating WurlD’s desire to impress her with the line, “make she no go think I be silly person.” When we first heard ‘AFROSOUL‘ back in May, we noted it’s diverse topics, from perseverance and survival to romance, heartbreak and self-awareness. “BOSSY” is a romantic track that explores yet another area of the self – confidence, through WurlD’s framing of his self-assured muse. When it comes to the sound, like the other songs on the album, “BOSSY” shows WurlD’s versatility, especially when paired with its second bonus track, “CHOP ‘N’ PRAY”, which has a vastly different vibe to it. Titled, ‘AFROSOUL‘, West-African sounds are, naturally, favoured on this project, more so than any other of WurlD’s work, and those tastes aren’t omitted from the newly emerging opening track, adorned with dance-inducing shakers that keep the rhythm of this colourful afro-fusion track.

As the song comes to a close, after an unexpected by triumphant third verse, which flaunts WurlD’s well-known vocal dexterity, DJ Cuppy resumes her role as the boss of their fling. Although certainly not as compelling an actor as her sister, Cuppy’s casting here couldn’t be more inspired. Her opulent social media presence, and the fact that she is rarely ever associated with any guy, remaining very private about her romantic life these days, means that she plays so well into the stereotype WurlD is trying to convey. Even the script has Cuppy written all over it; “let me know if I need my driver to pick me up,” she says, nodding at her affluent lifestyle that affords not only a driver, but one who is on call even for late-night booty calls. This witty ending might be silly and superficial, but Cuppy’s continued voice note adds that extra charm to the song, which leaves listeners with a grin on their faces and a feeling of all-round enjoyment.

Listen to “BOSSY” below: