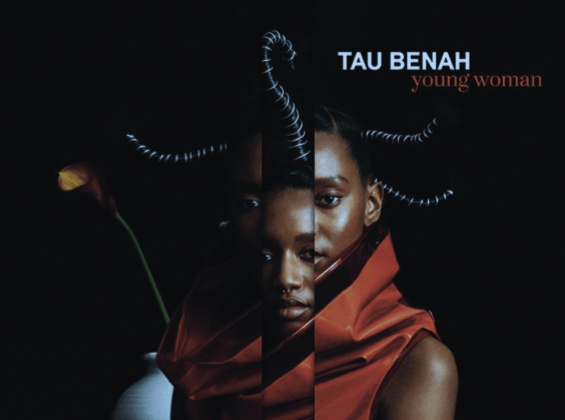 Tau Benah opens his latest single “Young Woman”, singing “Hey young woman, young woman, you are the man”. The political statement his follow-up line—“I’ve been trying to get you to overstand”— subtly implies, makes his quirky wordplay more striking.

No surprise there though, as this is the same hybrid producer-rapper-singer who gave us last year’s Honey EP, a collection of lithe songs about guilty pleasures, rendered with colourful food-infused sex references.

“Young Woman” is another show of Tau Benah’s ability to entertain, using intimate subject matters reflected in grander narratives about the most important things in life. In the accompanying video, poignant greyscale images take viewers through the growth of a young woman into motherhood. Tau Benah himself said the single was inspired by current events in his life and a new-found awareness of the role women have played in it. “Young Woman” is a song to celebrate these women, and more so to speak of a personal value I cherish – the love for our Mothers”, Tau Benah says.

On the second verse, Tau Benah assures a young woman, the world is hers,  rapping about devotion, promising to “Never disrespect the force, the final miracle, the light”. In these confident lines, Tau Benah’s new single could pass off as a sentimental ode to eternal youth and divine femininity. As a serendipitous commentary of recent events, “Young Woman” is commemorative of 16-year old climate change activist Greta Thunberg, making global headlines for demanding positive action towards earth’s survival. If there are still doubters of the strength and resilience of womanhood, perhaps Tau Benah will make a soulful reference point.