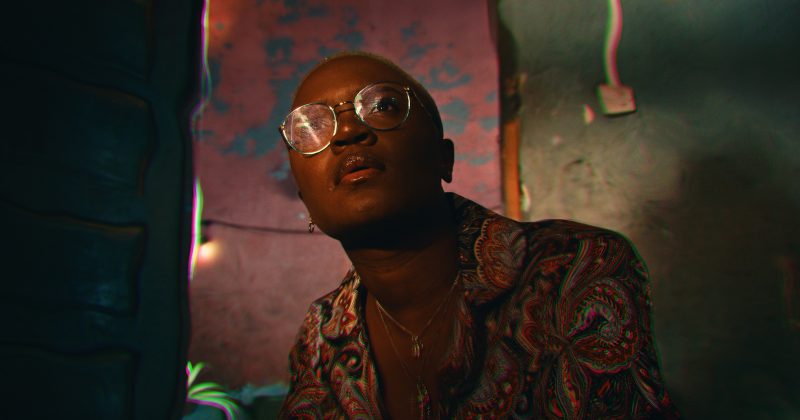 Amaarae is coming of age. In describing the video for her latest single “Like It”, Amaarae told The Fader, “I‘m evolving and evolution very often is going to be filled with risk-taking and full of adventure and might get uncomfortable sometimes but I want people to be okay with being uncomfortable.”

This may be news to some, but core fans probably saw this creative transition coming since Amaarae released her synth-inflected Passion Fruit Summers EP last year. Off the project, free-spirit anthem “Fluid” eased into playlists as an underground gem. One major talking point, however, was the “Fluid” video featuring a colourful sequence of intimate close-ups of Amaarae in a bathtub.

With a sophomore EP on the horizon, Amaarae is getting bolder with her choice of moods and sonic fusions. Her first single of the year, “Spend Some Time”, another sensually-lifting song and video benefits from a Wande Coal feature and smoothly threads the fine line between Afropop and neo-R&B.

In the video, we see Amaarae making her way through the ‘Lost Motel’, a mysterious seemingly exclusive spot where androgynous men, sexy strippers, sad clowns and midgets in cabaret masks, all come out to play. If Amaarae intended for some fans to feel ‘uncomfortable’, slow-motion camera angles and still shots rendered in suspenseful neon tones will arrest the most passive listener.

Thematically, her visual performance reinforces the search for the “undefined” at the soul of “Like It”. By the end of the video, it’s not clear if Amaarae found what she was looking for in the Lost Motel, but she appears to be more at peace with the chaos of her surroundings.