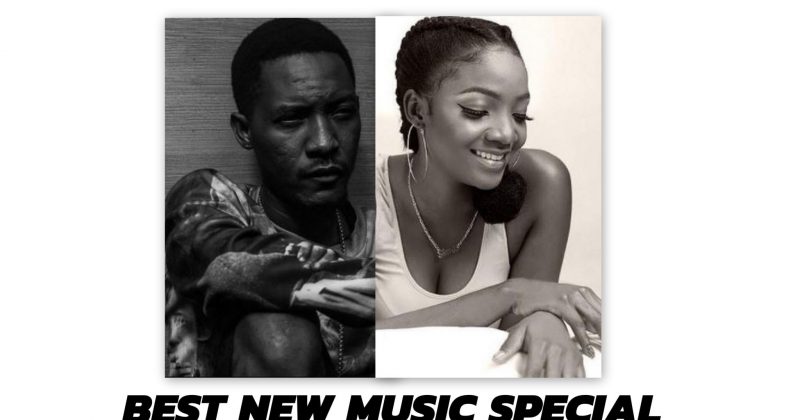 Best New Music Special: “Take Me Back” by Simi + “Dirty” by Jesse Jagz

Over the weekend, Simi finally released her long awaited cross-over album, Simisola. Since the songbird left the trenches of gospel-pop many many years ago, fans have eagerly anticipated a first project from her, granted the inherent sleeper-hit potential for her handful of releases over the years. Elsewhere, Chocolate City veteran, Jesse Jagz also dropped his Odysseus album, by way of a surprise release, one of the reactions that have culminated the viral clip of his brother’s emotionally-charged Loose Talk confrontation with Pulse Editor-In-Chief, Osagie Alonge. Because these are highly anticipated albums, we decided to take the biggest stand-outs from both albums for this week’s “Best New Music” album special from Simi and Jesse Jagz.

“I no fit to vex you my darling, because I love you, my baby o” – Simi & Adekunle Gold

Cue Latin guitars, Indian bass drums and Simi’s incorporation of doo-wop styled melody, and “Take Me Back” is instantly sold as an exotic outtake off Simisola, her new album. Elsewhere on this album mid-point, Adekunle Gold, Simi’s often referenced potential amour brings his Fuji-fusion to match Simi’s longing cries for the return of her love. Both artists are not oblivious of some the sentiments that have been linked with their infrequent collaborations, so “Take Me Back” presumably leverages the pre-existing narrative around their relationship.

A story of a three year old relationship falling apart dimly surfaces on Adekunle Gold’s verse where he languidly but firmly demands “Tell me why you do me so”. Simi is sober, whether she is apologetic is debatable, but her bottom-line is that they give another go at their fractured relationship. After all, since two wrongs will never a right, perhaps their relationship needs to be evaluated through a lens that only captures the things that matter the most, like peace in the arms of your loved one, and hope for true love to be tenacious, enduring and capable of surpassing even the most chaotic pressures of everyday life.

Stream “Take Me Back” (feat. Adekunle Gold) by Simi via Apple Music below.

“Pedal to the max go!, living stays on a clutch now” – Hot Ice

The speed of “Dirty” slowly unfolds like a bubble gum out of its wrapper, with every tingly crush of the polymer promising the sweetness that lies within. You can even ignore Hot Ice’s stuffy  8-bar accapella intro and not lose sync with the progression of cymbals, synth, bass and electronic vocal sample. Agreed, there is recurring theme of innovation amidst nostalgia through Jesse Jagz’s new Odysseus album, but no where does the concept come into full focus like it does on “Dirty”.

For a man like Jesse Jagz who has been constantly surrounded by music for over 25 years of his lifetime, it’s hard not to imagine he has heard it all. And this is where the challenge for “Dirty” lies, in genre-blending with distinctive harmony and a balanced diet of old and new. So it comes as no surprise that there are many things you hear on first listen to “Dirty”; T-Pain’s vocal layering technique, Kanye West-esque use of choral hymns, you may even catch the nostalgia of mid-2000s pop-rap of Chamillionaire, 50 Cent and Timbaland.

Jesse Jagz, transports us to back to the days of some of the fondly revered auto-tune work on his debut album, Jag of All Trades. He paints a vague image of the fast life with the woman of his dreams on his arms. Collaborator, Hot Ice, does an even better job of showing what it means to truly ‘ride dirty’, pushing bar-for-bar as though to earmark the purpose he’d been guest-featured for by outclassing his host.

Between funk guitars, EDM samples and trap bass drums, “Dirty” could have been released anytime within the last ten years, with the same dulled freshness. Jesse Jagz’s full disclosure with seeking inspiration from music through the years allow his influences to spread across a broader range, and this works to his advantage on “Dirty” where his ability to re-invent is rightfully balanced with a penchant for innovation.

Stream “Dirty” via Apple Music below.

Revisit Best New Music: DJ Consequence and Mayorkun’s “Blow The Whistle” is not what you think

0000
Previous Article Emtee features Tiwa Savage for new single, “Me And You”