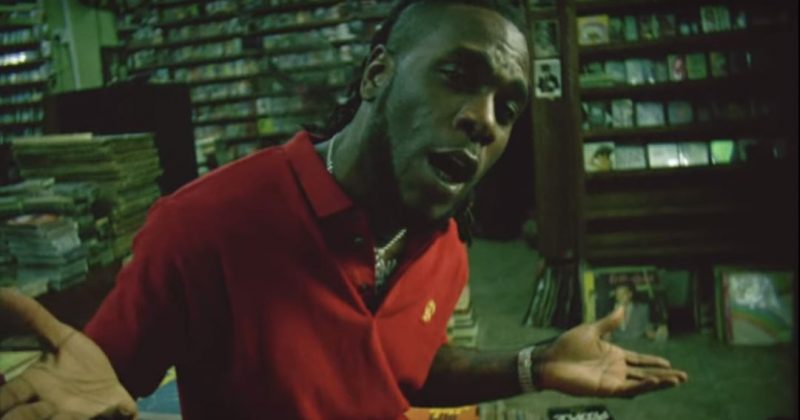 Best New Music: Major Lazer and Burna Boy’s “All My Life” brings on a vibe for a lifetime

History is often said to be the victor’s narration of events, and African music is at such a pivotal moment that it can sometimes feel as though we can already pin-point some of the winners who will mark this explosive era for the continent.

Over the last couple of years, African sonics have drawn more from electronic music and it’s Carribean-Hip-Hop derivatives. Though Major Lazer’s endorsement of the scene has been relatively recent, the group is undoubtedly one of the names the regaling of this era would include.

Before Skepta and Drake dropped verses on “Ojuelegba”, Major Lazer first tapped Wizkid for “Boom” featuring TyDolla $ign and Krainium, off their Peace is The Mission album re-issue in 2015. Then last year, Diplo headlined GidiFest in Lagos and the rest is real-time history we are witnessing with the group’s latest release: Afrobeats Mix.

The project is currently available digitally and it features some of Afropop’s most famous names, re-mastered versions of hits released on the continent in the last two years and a handful of never-heard-before cuts of unreleased music. “All My Life” featuring Burna Boy is one of the standout singles from the mix and it has been released officially with an accompanying video.

Much of Major Lazer’s Afrobeats Mix taps an electro-Carribean texture that originally made the group a worldwide phenomenon, leaving room for the question of why new material wasn’t recorded for the project through-and-through. However, on “All My Life” Major Lazer’s attempt to lend its voice to the expansion of African music is most visible without appearing over-glamourised or morosely pretentious. Starring Burna Boy, “All My Life” is intended to give you the feeling of a timeless classic, and it doesn’t fail in that department thanks to a retro-filtered music video shot in suburban Lagos.

“All My Life” invokes the storytelling of Burna’s latest Outside album, re-introducing the same colourful composition we heard on tracks like “PH City Vibration” combined with his empathetic gaze at the Nigerian hustle notable from—song of the year contender— “Ye” . You hear this when Burna sings “Before I turned 21, I was already savaged up”—a reference to his younger years in Port Harcourt—before slinking into a bridge about people working to make ends meet, landing at a personal inflection about just wanting the simple things (“I Just want the weed and the girls of course”).

When Burna Boy released the video for “Ye” earlier last month, many fans were disappointed in the outcome: a seemingly flamboyant hip-hop-inspired music video that sharply contrasts the humanity at the core of “Ye”. Yet some fans understood, Burna Boy’s self-removal came as a result of our society in itself. In a warped sense, “All My Life” provides some context for Burna’s inherent jadedness. After all, if we’re all to aspire to a certain degree of greatness of our own, what is more human than accepting there are limitations to how much of the world you can change?

See Burna Boy in “All My Life” video below