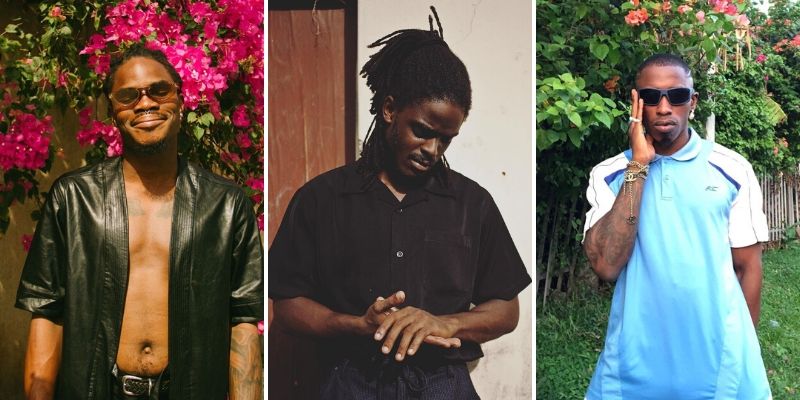 Back in the day when we were all in our formative years, the most popular boys were the ones who made music, and it’s very interesting to see that many of them, are still in the game today. D.R.B, L.O.S Show Dem Camp, Bonafide Crew etc were some of the most popular groups at the time, and over the years, their positions in the industry have evolved, and now we seem to be seeing a renaissance of these collectives.

While we await the release of DRB’s album, ‘Pioneers’, L.O.S, made up of Bris B, Zamir, Bridge & Tomi Thomas recently released a short 3 track project, ‘Tribe’ with one of the standouts being the Genio-produced “Emotionz”

Tribe. @losmusic__ New music from the Family 🦋 Link In my bio

Over the past few years since they released standout tracks like “Magic” and “Bad Guy P”, which gave them a push into underground status, they all went on to pursue prolific solo careers. Their return as an all-star crew who have cemented their individual positions on the scene portrays L.O.S as a faction with one collective voice of charismatic raps with vulnerable narratives.

Produced by Genio, the bouncy beat for standout track, “Emotionz”, leans on trap’s eerie synth harmonies, but channels it into a stomper, complete with 808 drum riffs, jittery snares and vocal samples that serve as adlibs. In many ways, “Emotionz” is a timely release and should fit comfortably into everyone’s quarantine playlist, as they express their frustration with dealing with uncertainty in their relationships; “Why are you toying with my emotions huh?”

Each featured member, Zamir, Tomi Thomas and BrisB take turns narrating their unique experience navigating a hostile relationships, presenting us with interesting perspective with each verse. While Tomi Thomas plays the emotionally unavailable ‘bad boy’ saying, “I play by the rules, don’t let emotion show”, Zamir struggles to understand a lover who is inconsistent with their feelings, as he raps “You say you love me/ Now you don’t want me no more”. Tomi Thomas is later heard chanting “Spend enough nights alone” as though he’s suffering the consequence of his relationship tact while BrisB embodies the group’s rap emo, by placing violent threats at their ops right next to lyrics about cutting off fake people.

The duality between love and conflict heard on “Emotionz” paints the L.O.S crew as the epitome of sensitive thugs as they flash vulnerability and insert raw emotion into bars. It’s important for men to express deep emotion in a world where toxic masculinity dictates that they shouldn’t, and L.O.S’ return to form presents the perfect opportunity for this.

It’s still too soon to determine if reuniting as a crew will be a mainstay for the rest of this decade, however, the entire project, and “Emotionz” in particular shows that they have grown into their own as men, and we’re looking forward to seeing what else they have up their collective sleeves.

ICYMI: Buju and WANI make an instant hit of “Company” by Hvrry and Higo