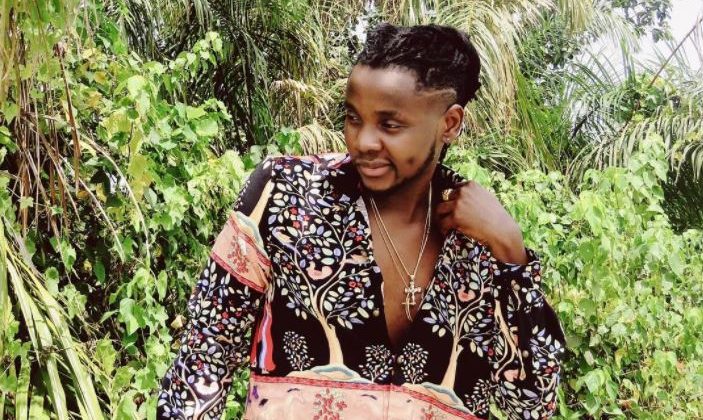 As far as Afropop goes, Kiss Daniel’s guitar-led breakout single “Woju” couldn’t have him figured for anything out of the ordinary.

Produced by DJ Coublon who works best with acoustics, “Woju” is built on an R&B-Folk inspired composition, that shares some of Highlife’s melody and subtle percussive. “Woju” played Kiss Daniel into many hearts, but he was still tuck-away in the same obscurity for every newcomer with a breakout single that doesn’t automatically catapult the said artist into instant limelight.

As though his management realised this, “Laye”, his follow-up single, was released bearing the same acoustic and percussive highlife markings as “Woju”. Albeit “Laye” proved a worthy follow-up to his debut single, critics accused G-WorldWide of trying to amplify Kiss Daniel by milking the same idea twice. The vindication for the label, however, came with “Good Times”, a shimmering Afro-Jazz inspired third single, primed with Kiss Daniel’s preference for melody and chock-full with snares, drums and trumpets, all mashed with synths and backup chants. It’s not a sound to immediately brand ‘alt’, but when compared with everything else on the radio at the time, the inherent inventiveness of “Good Time” proves Kiss Daniel always intended to play by his own rules; a trait that surfaces on his New Era debut where he seamlessly infuses folk songwriting while drawing doo-wop, ska and Afro-Carribean influences.

There’s as much to say about Kiss Daniel’s experimentation with fringe melodies on “Yeba”, as there’s little to say of its pop value. It’s unclear if Kiss Daniel intended “Yeba” as a potential radio hit, or as a part of the grander idea of what he is gradually solidifying into the art of finding harmony in concept mashing. The lines blur at Kiss Daniel’s true popstar ability to build earworms along the composition with melody hinged on couplets, starting with a call-and-response hook laid on a fusion of Latin-inspired baseline and Afrojuju backup vocals. Kiss Daniel is not one write songs without imagery and mid-track additional vocals bring an atmospheric layer to “Yeba” that accentuates the overall sensuality of his subject matter.

“Yeba” is an addition to Kiss Daniel’s smooth sail since the singer broke out nearly two years ago. The biggest hack of his craft perhaps remains how the singer manages to explore a range of fringe soundscapes to create relatively distinct Afropop, Kiss Daniel is the truest anomaly of a genre usually overwrought with cliches and regurgitated ideas.

Stream “Yeba” via Apple Music below.

Next Article Actor O.C Ukeje just put out his first single, proving just about anybody can make an Afropop song