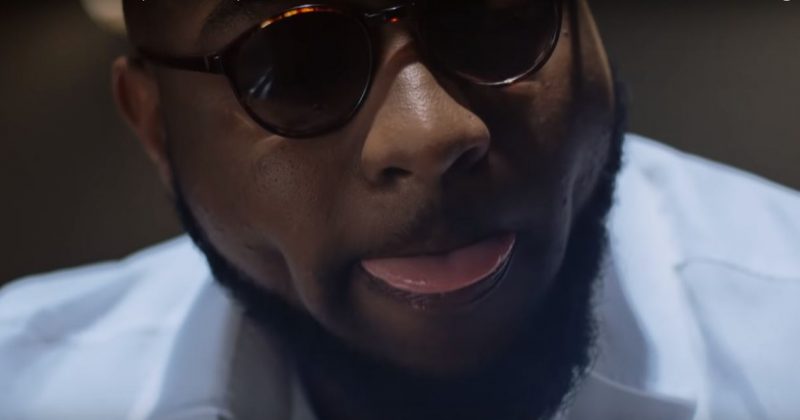 One of the most interesting aspects of Davido’s artistry is the evolution of his Omo Baba Olowo (Son of a rich man) mythos. The mix of blessing and curse his privileged background comes with, was evident from the start of his career, after landing a major hit with “Back When” featuring Neato C, one of Nigeria’s highest flying rappers of the era. But the mixed reactions to that bold move did not stop him from chanting, “Emi Omo Baba Olowo”, on his follow-up single, “Dami Duro”.

These days, everything is different. The same sharp-toothed teenager who took shots at his contemporaries on “All Of You”, is now a father of two daughters, in a loving relationship and by all means, an international superstar. All roads have led Davido to this “Wonder Woman” moment, an unobtrusive cut from a legacy already stretching the limits of how much an artist can tastefully get away with.

Since his on-going relationship became public news, Davido’s love life has influenced his songwriting. Just as “Assurance” is a love song steeped in Davido’s larger-than-life OBO universe, “Wonder Woman” his latest update is sung with the same heart and might.

Over a mid-tempo chord progression produced by Teekay Whitty, Davido describes a special type of woman he wouldn’t mind reaching into the deep of ‘Wells Fargo’ to satisfy. Hard to say how a lot of men in Lagos will take Davido raising the bar from 30 billion for the account, to a full bank foreign bank account. But perhaps that’s the point.

For the Twitch-directed “Wonder Woman”, a diverse cast of emerging leaders who are women, surface. With cameos from She Writes Woman Foundation founder, Hauwa Ojeifo, award-winning power vocalist, Omawunmi, Girl Coding and Pearl Africa Foundation founder, Abisoye Ajayi Akin-Folarin and ART X founder, Tokini Peterside amongst others, it’s impossible not to make allusions to Drake’s cameo-boosted “Nice For What”. But deigning that as a mark of unoriginality, may undermine the importance of highlighting these professionals, entrepreneurs, and community leaders who naturally have to work against odds in a male-dominated world. After all, how else would you describe a wonder woman?

See Davido in “Wonder Woman” below

Zlatan and Davido recount their come-up woes on “Osanle”