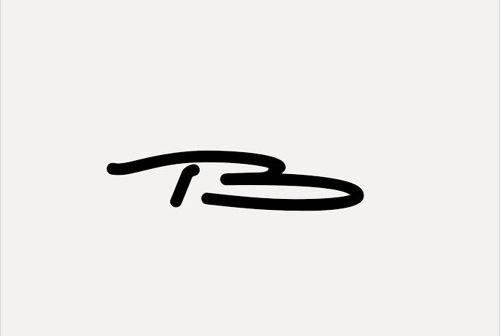 Boyewa is the only artist I’ve ever considered setting up Google Alerts for. His confidence to quietly release music—in an era where roll-outs are promoted through personal online brands (at the very least) by even the most ‘independent’ artists—makes him a phantom of sorts.

After discovering his music through “Fada”, a neo-funk number with the most curious Fela sample, I couldn’t contain my excitement at his experimentation and decided to share with friends. But leave it to Boyewa to take down the song like it was all a figment of my imagination.

Boyewa is inaccessible via email, his twitter account mysteriously vanished last year, and don’t bother trying to privately message him; you won’t get a reply. His Soundcloud may as well be a mood board where pieces are moved around with songs randomly appearing and disappearing without any explanation. Unceremonious releases like “Bufffalo Tearz” and “1st we gadda, n den we scattta” only bolster a mythos validated by his DIY flair and unpredictability.

Fortunately, he keeps a consistent stream of new releases. But between his anonymity and complete disregard for building any sort of relationship with listeners, Boyewa is probably the toughest artist to stan. You’ll be hard-pressed to find an artist that is as ascetically committed to saying ‘fuck you’ to fame. I mean Frank Ocean eventually resurfaced and even H.E.R couldn’t stay hidden in the shadows forever, but Boyewa continues to remain an enigma that refuses to be demystified even by his music.

find him on insta and soundcloud

His elusive persona seeps into his music through warped vocals. Boyewa’s (stylistically) hip-hop melodies on “1st we gadda, n den we scattta” are rendered as though he wants you to listen closely before inadvertently accepting the ambiguity as intended. He wails inaudibly over gritty hi-hats and bass, the layers of synths splitting into different notes to perhaps hint the inspiration for the song’s title. The unintelligible lyrics leaves listeners with the task of piecing together the sonic elements hoping to make heads or tails of the song.

Rather than words, Boyewa occasionally uses ambient synths to convey moods and emotions without lacking in melody. You hear this stylistic composition on “buddii”, another understated gem from his brief catalogue, where Boyewa combines the strengths of Afropop and R&B with hazy vocals that merely hint at the subject of the song. “Buffalo Tearz” his second new release also sidesteps the pretense of having deep insightful lyrics on Afropop songs in this manner. You can barely make out his muffled “Oh Baby Don’t Leave Me Baby Oh” plea, chopped, screwed and filtered with auto-tune. Though the subject of his affection is probably none the wiser, the piano-led beat with glittering synths and drum samples conveys Boyewa’s extremely self-awareness and affections.

Boyewa understands the best art only needs to be provocative enough to demand a keener ear. It’s wholly acceptable if further interpretations are subjective. After all, beauty they say, is in the eyes of the beholder.

ICYMI: Listen to Boyewa’s “Blood Is On D Flo Demo” before he takes it down