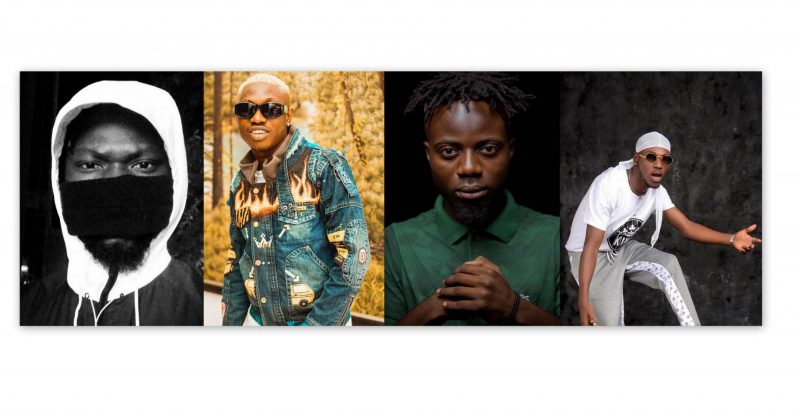 BBanks’ production credit on the Skepta featured “Sheevita Juice”, alongside Olamide is a great place to start if you don’t know him. He first appeared on Olamide’s 2013 concept album Baddest Guy Ever Liveth with additional vocals on palm-wine drinker’s ode, “Mu Emu”. Over the years, BBanks has racked up more production credits, working as an in-house producer for YBNL, as well as with other artists. With a big co-sign like Skepta, validating a long career behind the scenes, his newest track “Hustle”, waxes philosophical, almost to a point of intentional bleakness.

“No left turn right turn. Start your day right, end with a bad one”, BBanks sings on the guitar-led hook. kicking off “Hustle” on a sombre tone. Warding off tunnel vision is important when you may finally be on the path of a lifetime and you don’t know how much further you have to go or how much longer you have to wait till the hustle pays off. “If you no lose hope, one day you go blow”, BBanks breathes with a silky smoothness. You almost don’t notice the beat switch when the rap sets in at first, but the trumpets are harder to miss as SuperWozzy’s verse progresses. All of a sudden you’re transported from the soulful world of Afropop, to a jazz-inspired urban jungle that evokes JayZ’s American Gangster era.

That allusion is not very far off the mark of the intentions BBanks had for “Hustle” as producer and composer.  SuperWozzy’s first verse is the most reassured you will hear any up-and-coming rapper this year, but his verse is not without insight for his belief that he’s ‘ordained’. ‘Started from the bottom/ but na God’s plan/ Drake am’, he optimistically quips while, giving “vultures” a casual shoutout. In SuperWozzy’s energetic world, a storm of blessings is brewing, all it takes now is that Wizzy (Wizkid) chorus, that Baddoo (Olamide) hook or that Davido co-sign.

As the verse segues into a hook, “Hustle” blooms into verse by DavoLee that stamps the motivational yet deeply contemplative nature of the track. According to DavoLee, the biggest proof of how far he has come is buzzing phone with calls from artists he used to look up to, even though they didn’t care about him. The YBNL signee made his first public appearance with last year’s “Festival Bar”, so it’s not been long since everything changed. “Omo mo‘seko moso’offa, koda mo tun so’lorin”, he raps, a play on the homonym of the word “suffer”. DavoLee uses this to enunciate the extent of his past suffering in distances; from ‘Eko’ (Lagos) all the way to ‘Offa’ and ‘Ilorin’, two towns in Kwara State. There may be no left or right turn as BBanks sings, but DavoLee knows he’s already done the ‘sacrifice’, all that’s left as he raps, is pulling a reverse gear if he ever makes a bad move.

Zlatan discovery is even more recent and perhaps that’s why his passionate verse hits so close to home for the message at the core of “Hustle”. The rapper has been responsible for the silent buzz around “Zanku”, a song named after a dance of the same name that has been gradually gaining more attention in last few weeks. Earlier this week, Zlatan dropped “Osanle” alongside Davido, an ode to both artists’ past lives as runaways who rebelled against family and left home. On “Hustle”, he recounts his past woes once again; in the candles, he has lit up to write in the dark; the many beats he’s bought, that didn’t become hits; and all the contenders who have fallen at his feet over the years.

The “Hustle” philosophy sounds even bleaker when you hear BBanks singing, “E no mean say baba God no see you” after a line about bad days. But then again, this is a song with three self-aware rappers at different stages in their careers. At the bare minimum, how they have sprung up on the scene today is exemplary of a survivalist mettle and elite mentality. The journey further may still be a mile, but the knowledge that things will only get better if they keep up the grind is all the motivation they need.

0000
Previous Article Burna Boy shows a seldom seen romantic side for his new music video, “On The Low”

Next Article Essentials: ‘ART X Live! 2018’ (as curated) by Odunsi The Engine