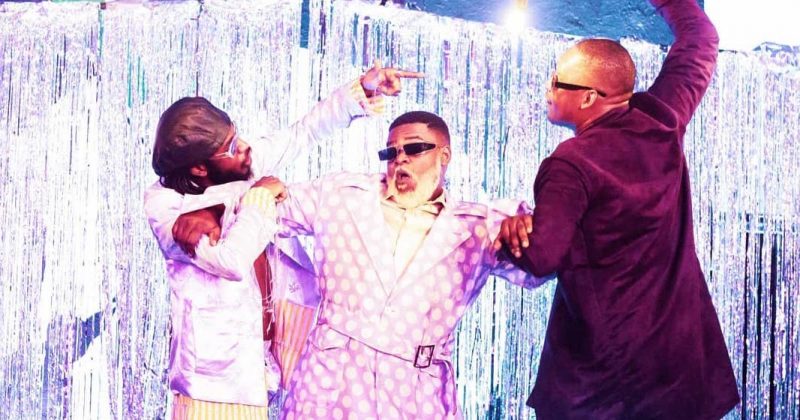 Earlier this week, Ajebutter22 and BOJ confirmed the release of the second joint EP, as a follow up to their 2018 project, ‘Make E No Cause Fight’. This time around, they’ve brought Nigerian rapper Falz along, perhaps as a move to increase their project’s visibility. ‘Make E No Cause Fight 2’ is now out in its entirety, featuring five new tracks, with sole guest appearance coming from indigenous rapper Reminisce on the final track, “Faaji”.

To promote the EP, they’ve picked out the second track, “Ronaldo”, as the project’s lead single, releasing an accompanying music video for the song as well. Directed by The Alien, the video for “Ronaldo” parodies the boastful lyrics by all three artists, where they reference a handful legendary football strikers while brag about their deep pockets and status as ballers. In the amusing video, we see Ajebutter, BOJ and Falz at their menial day jobs, before they transform into big spenders and life of the party at a colourful circus show.

Stream ‘MENCF2’ and watch the video for “Ronaldo” below.