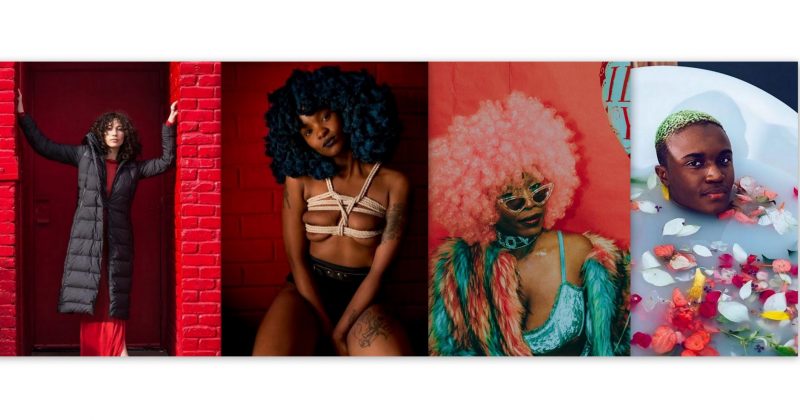 8 artists you should be listening to right now

Despite South Africa’s flair for electronic music, Moonchild Sanelly is a rare bird. Her music packs bass-heavy beats and rattling samples. But asides the hybrid rhythm of 21st century Africa heard on her songs, her confident no-hold-back style also tackles issues of sexuality and female empowerment. The singer first made a name for herself in the music scene in Durban in 2006, she has since spent the last 12 years moulding her craft. Last year, Moonchild Sanelly featured on DJ Maphorisa and DJ Tira’s smash hit, “Midnight Starring”. Moonchild Sanelly fuses elements of electronic dance music, afro-punk and edgy-pop with hints of kwaito and  Hip-hop as she encourages girls to embrace their sexuality.

me for @officemagazinenyc go check out life tips w bbymutha. link in bio. 💎

Though you won’t have to listen too closely to pick up references to her kids, BbymMutha’s music refuses to be boxed by motherhood. She uses her music as a tool to vent about her life experiences dealing with the stigma of being a single mother while delivering gems as if to inspire others not to accept the limitation society places on them. It’s a peculiar combination of brash no-fucks attitude with an incredible sense of care. On “Rule”, her confident flow and smirking charm tie the two contrasting traits together as she offers a pussy rulebook over a gritty hip-hop beat. The appearance of her older daughter, Michaela, in the video validates her authenticity without fear for the moralists’ questioning her values as a parent.

mood. the first live video will be up at 12 pm this afternoon guys 😘🌸. teaser coming shortly ❤️

Amaa Rae’s music is what happens when an expressive person also knows how to write a good song. Her music has more gut than a butcher’s window. From her captivating voice to the soothing synth arrangements, the moment you hear Amaa Rae’s music, you’re ushers into her story. Though her voice may come off as seductive, she never shies away from vivid descriptions of her romantic relations using metaphors and wordplay to convey moods and emotions. “Lonely” is a slow-burner penned for a love interest who has been unfaithful. And though you can hear the melancholy in her Lana Del Rey-esque vocals, her confidence remains unflattering singing “You Say You’ve Been Over Boarders, Overseas/ The Girls You’ve Seen All Pale In Comparison to Me”.

IAMDDB is no conventional hip-hop artist. The 22-year-old Manchester-born artist gathers musical inspiration from her Angolan and Portuguese roots, and sites playing with bands in Angola, where her father lives, as one of her influences. She throws this diverse mix to produce a sub hip-hop genre she refers to as “urban jazz”. Her kittenish single “LEANED OUT” featuring INKA properly captures the essence of the young Piscean singer: gliding naturally between singing and speech, IAMDDB tells us how much better than the rest is, in the calmest of summer vibes, with an equally playful video. As she says, it’s #MermaidSeason, take a quick dive into her urban jazz haven with “LEANED OUT” below

Shayna McHayle, best known by her stage name “Junglepussy” is an alternative music artist from NYC. On “ME”, she cites Erykah Badu, Missy Elliot, Brandy and a few others as her influences. And like her influences, Junglepussy stands as the personification of a woman’s freedom to express herself and her sensuality whichever way she pleases. This message is echoed through her lyrics and her delightfully lewd stage name. Junglepussy took a long sabbatical after her 2015 studio album “Pregnant with success”, she recently returned with a new single titled “State of Union” from her upcoming album, giving us a little hint at what’s to come. Through a spoken word performance on “ME”, Junglepussy embodies the essence of a woman happy to be here on earth, being what she wants when she chooses. She begins her poem saying: “I just want to be free, swinging my titties from tree to tree, sipping ginger tea and Hennessey”. And to that, I just want to say this: SAME.

🚀🌍 over 5K plays in less than a week. Thank you and please keep sharing. Facts ft @elrepgh LINK IN BIO

Tei Shi is a 27-year old singer and songwriter today, but that has always been a part of who she is. Born, Valerie Teicher, Tei Shi began writing music at the age of 8. On her latest album, Crawl Space, “Way To Record”, the opening track, is an instructional manual to making music featuring actual vocals from ten-year-old Valerie, who was merely playing around the basics of capturing vocals at the time. More anemic cuts like this feature along the LP, serving as nostalgic anecdotes to Tei Shi’s exploration of growth and self-discovery.

9 more days until #HighMaintenance drops ❄️ which tracks are you looking forward to? artwork: @the.new.original

Saweetie always wanted to be a rapper, but that’s not how the 24-year old’s music career started off. The rapper merely used to record raps on her phone to share with friends. According to her she never really took it seriously, but one day she sent a friend a verse from now the boss-lady anthem and “she was really messing with it”, she told XXL last year. Saweetie soon recorded the track and updated with a video, making it her biggest track yet. The rapper is set to drop her High Maintenance EP, later this month.