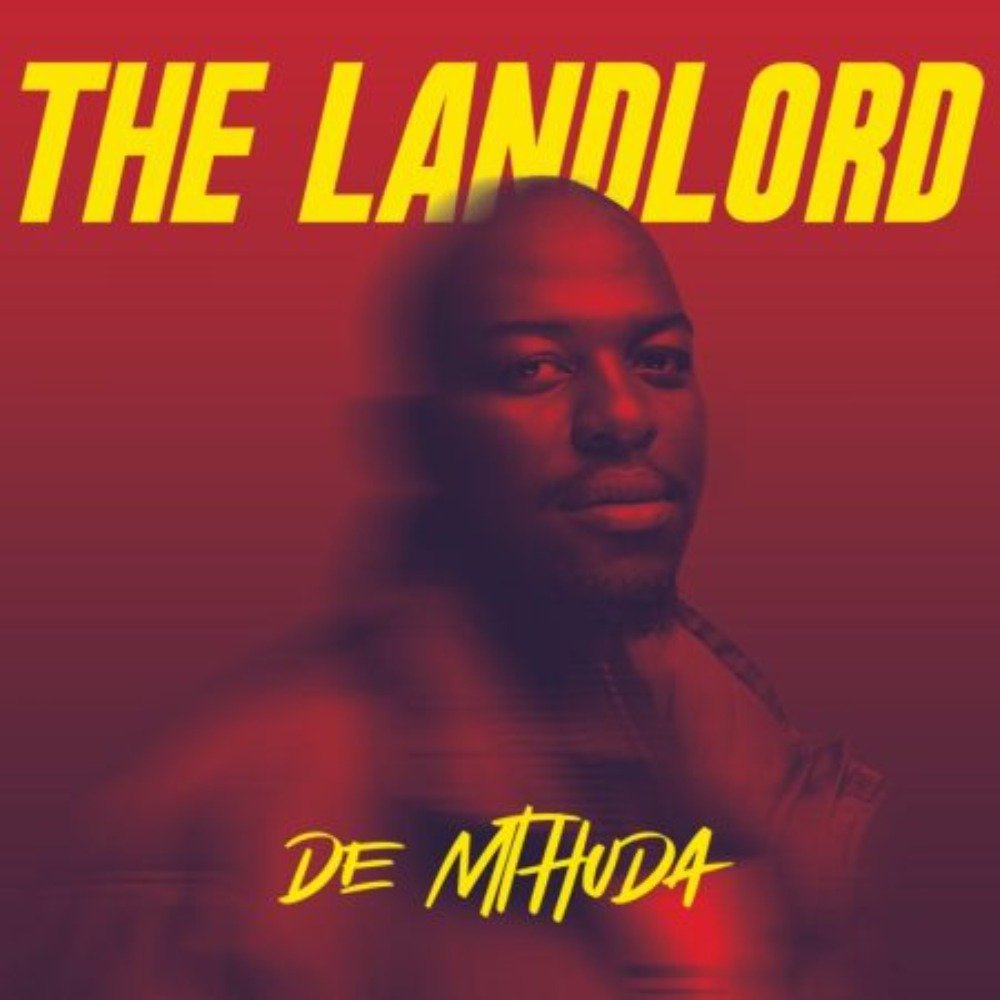 Essentials: De Mthuda reaffirms why he’s ‘The Landlord’ of Amapiano

Building on his existing and experimental tendencies

As the listening session for ‘The Landlord’, the highly-anticipated full-length by pioneering Amapiano DJ/prodcer De Mthuda is about to commence, the prolific artist walks in with a calm, shy-like demeanour. He’s introduced by the current Head of Urban at Universal Music (South Africa), before hitting the stage to showcase his latest work. When asked what he has in store for the attendees, which mostly consisted of media and industry-personnel, he answers with a confident smile, “iLandlord album bafethu, asimameleni (guys, let’s listen).”

When not in the comfort of close friends and family or the studio, Mthuthuzeli Gift Khoza is a reticent character, who expresses himself best through music. Since the mid-2010s, De Mthuda has been consistently upholding his position as a trailblazing Amapiano DJ and producer. When the now-globally renowned genre was on the cusp of national recognition in 2019, Mthuda emerged with the Njelic-assisted “Shesha.” His mainstream breakout which helped popularise refined-melodic singing within the genre was in high rotation on radio and was one of the first Amapiano songs to reach gold-selling status; ultimately sparking the upward trajectory of the genre.

From that culturally shifting moment, seeing and admiring the song’s success, other pioneers like Kabza De Small and DJ Maphorisa featured melodic tracks on their genre-elevating, eponymous album ‘Scorpion Kings’, enlisting the talents of Bontle Smith, Sha Sha, and Samthing Soweto. The Scorpion Kings even went on to collaborate with Njelic on the cult classic “Nana Thula,” that same year.

While De Mthuda followed up with other bonafide hits in “Bade” and “Ebumnandini,” he reached his innovative and creative zenith in 2020, in line with the genre’s continental takeover. Mthuda spearheaded the synth bass-laden, Techno-tinged iteration of Amapiano, which forms the bedrock of his current sound. Staying true to the genre’s communal and collaborative nature, he teamed up with fellow Vosloorus native and then-burgeoning producer, Ntokzin. The pair had previously worked together on “Blissful Day,” which was initially included on Mthuda’s 2018 debut ‘Forever’, as well as in the House Afrika/Born in Soweto-curated 2019 compilation ‘Amapiano Volume 4’—which also hosted Kabza De Small’s “Bamba La” and Kwiish SA’s “Iskhathi (Gong Gong).”

During the midst of the coronavirus-induced national lockdown in South Africa, Ntokzin and De Mthuda rented a house solely for the purpose of creating music in a secluded area in Brakpan. The fruits of that creative habitation started with the release of “Forbes.” A string of singles—“Dakwa Yini,” “Igama Lam,” and “Ghost”—followed, and ended up in the joint project ‘Ace of Spades’, which recently won Album Of The Year at the first annual South African Amapiano Awards. Before that album’s November release, De Mthuda had dropped a solo EP, ‘Story To Tell Vol.1,’ in June. Though the EP failed to yield a hit record, it laid the foundation for the phenomenal run Mthuda has been on.

With Mthuda’s star power at an all-time high, and several leaks allowing fans to peek through his upcoming works, ‘The Landlord’, couldn’t have come at a better time. The album builds on the signature sound the producer has carved over the past year-plus, adding layers of soul by bringing along a number of equally-talented individuals who assist in bringing some of his visions into life.

Producer Da Muziqal Chef, who appeared in all three smashes in his last EP ‘Ace of Spades (Reshuffle)’, is responsible for a lot of the musical flourishes. “Sometimes I have ideas that I cannot execute well, so he’s always there to assist,” De Mthuda confesses on the Apple Music album liner notes. The synergy between the two super-producers shines through yet again on the project. He also employs the skills of Sipho Magudulela, who adds guitar riffs, and saxophone licks to the album’s already beamy productions. The guitarist and musician is credited as a feature of four of the project’s twelve songs.

The album’s rollout started with the overdue official release of romantic ballad “Emlanjeni.” The track also serves as the opener, as the dream team that brought us the two-times Platinum-selling “John Wick” team up for yet another undeniable smash record. On the fan-favorite single, which has already been certified Gold, Sir Trill muses about missing a lover that he hasn’t seen in a while AND vowing to travel a thousand miles to meet his love interest by the river (“emlanjeni”), no matter the hurdle. Driven by the featured vocalists, romance quickly becomes a constant theme on the album. On “Jola,” the latest song to be given the single treatment, Sino Msolo expresses his disbelief in finding himself in a romantic involvement, while on “Mhlaba Wonke,” he admires the alluring beauty of his partner and argues that no one else in the world is as attractive.

On “Khanda Liyazula,” Sino is joined by fellow El World Music affiliate Mthunzi, as they dovetail about how isgubhu (the sound/drum) is driving them insane. Similarly, on the dancefloor-inviting “Jaiva,” frequent collaborator Njelic warns of Mthuda’s sgubhu and hit making abilities. “Let me tell you about this man, a big big man/he’s a warrior, he can come and come/he can make you dance, he can make you jive,” he sings in the refrain, before being joined by Focalistic who delivers slick raps.

On ‘The Landlord’, De Mthuda widens his sonic collage to include influences from genres such as Afropop, bubblegum-Disco, Kwaito, and even gospel. “Double Double” interpolates lyrics from Uche’s “My God Is God,” which became popular in South Africa when the Nigerian gospel artist performed it with the Joyous Celebration choir in 2009. The singer-songwriters on the album compliment its lush and dynamic productions. The singer of the ascending duo Murumba Pitch renders career-elevating, standout vocal performances on “Phithizela,” “Double Double,” and “Gijima”—the latter is Mthuda’s personal favourite on the album.

“Inkomo Zam” focuses less on the customary percussions, luminous basslines, jazzy chords and airy pads of ‘Piano instead highlighting Nomfundo Moh’s soaring voice and the song’s Kwela-inspired, Afro-jazz guitar. The song, which appears towards the end of the album, also offers a slight preview into Mthuda’s next compositional path, which he refers to as ‘Skandi Yano,’ a fusion of Maskandi elements with Amapiano. While most of the albums remains progressive in its approach, the aptly titled “Roots” pays homage to the genre’s instrumental early days, without sounding dated or compromising on De Mthuda’s current style and the album’s overall tonality.

“It has more of my feel, I did it to express my feelings through the music. It’s kind of different from the sound of ‘Piano,” De Mthuda told LootLove about the album during an episode of Apple Music’s Africa Now Radio. The album’s title can be considered a nod to the self-reverential acclaim, and self-affirmation of his status as one of the genre’s mainstays and frontrunners. Crafting bangers for artists such as Samthing Soweto, Njelic, MalumNator and Kammu Dee, it’s clear that Mthuda sees himself as umastandi (the landlord) of the genre which started out as an offshoot of South African House. But when asked by the MC during the listening session, he responds “awume (leave it/don’t start)” while confidently smirking, as if he would rather let the people decide if he is worthy of the title or like most ‘Piano enthusiasts like to say, “let the music do the talking.”

@madzadza is a South African freelance writer. He has contributed to reputable online publications, writing extensive pieces on popular African music and emerging scenes. As someone who has a wide musical taste and a keen interest in most genres, he keeps his ear to the ground and his writing and commentary is not limited to one specific sound.