When did you meet Wizkid and what was that experience like for you?

First time I met Wizkid was after I made “Electric” for him. So, I think two days before the project dropped, Soundman. He just called his mix engineer, STG, and told [him] that he wants to meet this London guy, he just likes the guy, like he heard his beat and everything. Then STG called me and said, “yo, Wiz wants to meet you. Pull up to Eko Hotel.” So yeah, I pulled up. Honestly, I was nervous at first, but meeting him up close was actually nice. Immediately I saw him, he was just like, “yo! Dude you’re tall!” Like, it was just pure vibes; honestly, I really didn’t expect such humility, I mean, this is like Wizkid! He was really nice. He’s like a big brother to me right now, our relationship is past production – it’s not just about music. I could call him sometime and then we’ll talk and everything, so he’s kind of like a big brother that I never had.

How did “Electric” come about then?

STG and I are really close, so he reached out. STG calls me and was like I should send him beats, and I was like “for who?” and then he refused to tell me the answer. As a producer I’m asking “for who” so that I know what I’m making, so I just felt like “okay, maybe he’s not serious,” so I just left it. Then, I remember, one day, he [had] just landed in Lagos, and he called me and was like, “so you, I told you to send beat, you don’t want to send beat for me, yeah? Don’t worry, that’s how you will miss this thing.” And then I was like “what? Miss what?” Then he now told me that it was for Wiz, and I was like, “yo!” I went through my phone looking for beats I could just send. The “Electric” beat, I had made it for Drake, because I was in contact with Drake’s manager, but then I was now like, Drake is a long shot, I’m not really sure about it, but then, Wizkid… So I sent it to STG. I remember, that was the last beat I sent. I sent like eleven beats.

Was “Gyrate” one of the beats he liked from that time as well?

No, so with “Gyrate”, Wiz had just come into Lagos and, at the time, I was having issues with my laptop, and then Wiz told me he’s having a camp, and I was like “oh fuck!” So I text him to say “yo, I’m trying to fix my laptop,” then he was like “oh yeah? Ok, pull up, pull up, maybe we’ll get you a new laptop.” You see why I call him my big brother? He acts like a big brother. So, he said I should pull up to the hotel and that I should come and get cash for a new laptop. But then when I went there, we ended up doing another thing instead. So, there were a lot of producers at the hotel, there was Sarz, there was Mutay, Rexxie, a lot of guys. So, I was just sitting down with Sarz and then Sarz was playing beats for me, me I was just there just sitting down, because I felt like I wasn’t a producer without my laptop. Wiz is upstairs in the room recording with Mutay, I think he was recording “Essence” upstairs. After a while, I was like “I can’t just sit down here,” so I found this beat on my phone, the “Gyrate” beat, and I was like, “yo, I should play this for Wiz.” So, I walk up to him upstairs and then I’m like “baba, abeg, hear this beat. Tell me what you think.” I just gave him my phone, no airpods or anything, I just gave him the phone for him to listen to through the phone speaker, and he was like, this is the shit he’s talking about, let’s load this up quick. Real quick, he stopped recording “Essence” and then he moved to “Gyrate” straight up. Everything came at once; the way he was just vibing on the beat. Like, the whole “gyrate, gyrate” was already just one take. That’s how we just left the hotel and I didn’t hear from Wiz again after then. I wanted him to send me the song but then no one sent me anything. Only for me to be on the plane about to take off – I’m literally always on road, I never stay in one place – and then STG calls me and is like “yo, send me the stems for “Gyrate”, Wizkid wants to mix it.” So, I’m like “ah, okay, this song is going to be on Made in Lagos.”

How has working with Wizkid in these three years impacted your music and your career?

So last year, when all the songs came out, before “Electric”, I was like, “okay, cool, I’m done for the year.” Then Wizkid happens, “Electric” drops and everything just went like this: [mimics explosion]. Everything just started flying high. Next thing you know, Tiwa [Savage] says she wants to do a camp that I should come through. We came through to Tiwa’s camp, with three songs; one had Sam Smith on it, the other one is now like one of the biggest songs in Nigeria right now, “Koroba”. I have even forgotten what I’ve done, sometimes I just sit down and I’m like, “who have I produced for again?” Like, ah!

In 2020, the role of a producer can vary so much. From making beats to co-writing to even laying down vocal demos. How do you see your role as a producer, specifically on Made in Lagos?

I think in terms of the mixing process, I was on FaceTime with Dro, Dro mixed the whole album. So, me and Dro were on FaceTime and we were listening back and forth, on this song. I was telling him to “do this,” “do this here,” and then trying different things, just to make sure the record sounds right at the end of the day. So, I would say I contributed a little bit to the mixing and how the song sounds now. In terms of songwriting and other things, I had nothing to do with it. My own was, I just went to play the beat, and then he did his thing. But if I ever get the chance to be in the studio with Wiz, recording him, I could also assist in any way I can. It would be a good opportunity to explore my songwriting side.

You have had a really busy couple of years, with a string of credits on a few hit songs, how did it feel to add an appearance on the monumental Made in Lagos album to your booming discography?

When I just saw Wizkid post “@thisizlondon special my g, thank you, #MadeInLagos best I ever made,” I was like, “ah! It is finished, so I’m on Made In Lagos? Na na na.” I actually felt like he wasn’t going to drop it this year, I won’t lie. I was telling Wiz, “like yo, I waited for Made in Lagos as a fan, and now I’m on Made in Lagos.” Like even before I started making beats Wiz had announced. When I told him, he was like, “yo, that’s the highest cruise!”

For a young guy supporting Wizkid, waiting for this album – when he announced that he wants to drop Made in Lagos, I went to buy the t-shirt, that t-shirt back then – then now like being on the project and everything, honestly I just feel really blessed. It’s all God’s grace and hard work, at the end of the day. It’s actually really a big thing for me. And I remember when I used to send messages to Sarz on Instagram and everything, but then now being in the same room as these guys that I used to look up to, it’s just major. It’s actually really big for me, honestly. So, I never take anything that happens for granted – because it’s all God’s grace at the end of the day. I shouldn’t take that for granted at all.

Made In Lagos is Wizkid ten years on, where do you see yourself in ten years?

Hmm… In ten years… I see myself being one of those known producers, not just in Africa but then globally. Being part of those big guys there, with the Grammys the BETs, and everything – awards and all of that. Also, taking afrobeats, and not just afrobeats, but also taking music in general to the next level; creating new sounds that everybody is just going to like flip when they hear it. Also, I am not just going to be producing, I’m also going to be investing in businesses and everything. As time goes, you make money, but then you can’t just be making money from one thing, you have to invest in something else, because I won’t make beats forever. I’ll get old one day, and my kids cannot be seeing me on top laptop when I’m old. So, we have to invest, in ourselves, in businesses; you know, just doing different things, but then still keeping that name there, making sure that ‘London’ is in everybody’s mouths. They should be able to sing the “London” with the song. Like when the tag comes in everybody is shouting “London” too. That’s what I want. Until I get that, I’m not resting.

Honestly [sigh], it means too much to me, it’s a lot to me. Waiting for the album to now being on it, honestly, I just feel blessed. I feel honoured being on the album and everything. [I’m also] grateful to Wiz for believing in me and letting me be on this project. It’s actually kind of a big deal for me – Made In Lagos actually means a lot to me. It’s like my first child. Made In Lagos is, you know, [one of] those special achievements that, even though it’s not the best or even if there are others, you know that this one is special because of what happened along the road. So, yeah that’s how Made In Lagos is to me, it’s like a special achievement. I’d say it’s like number one for me. 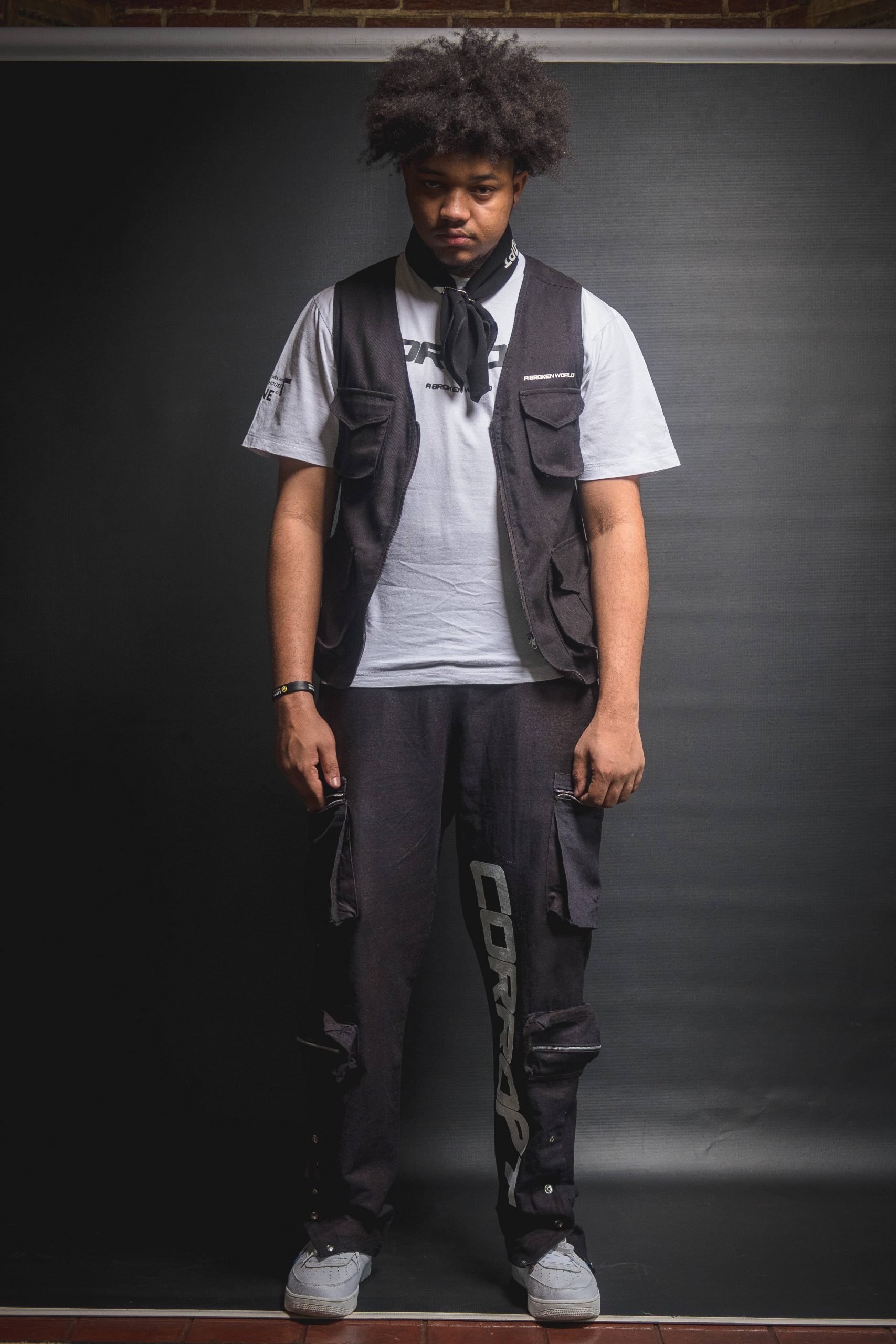 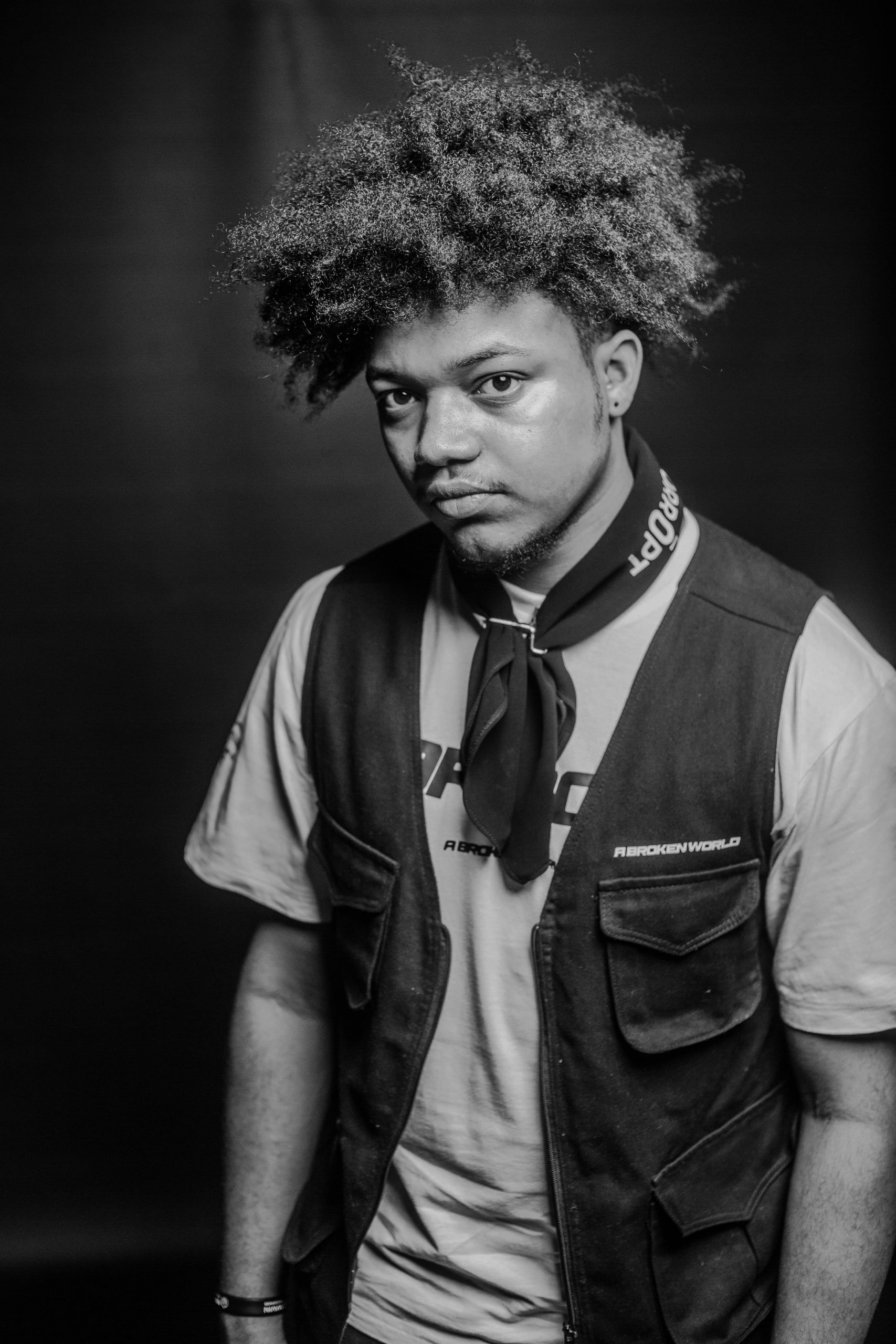 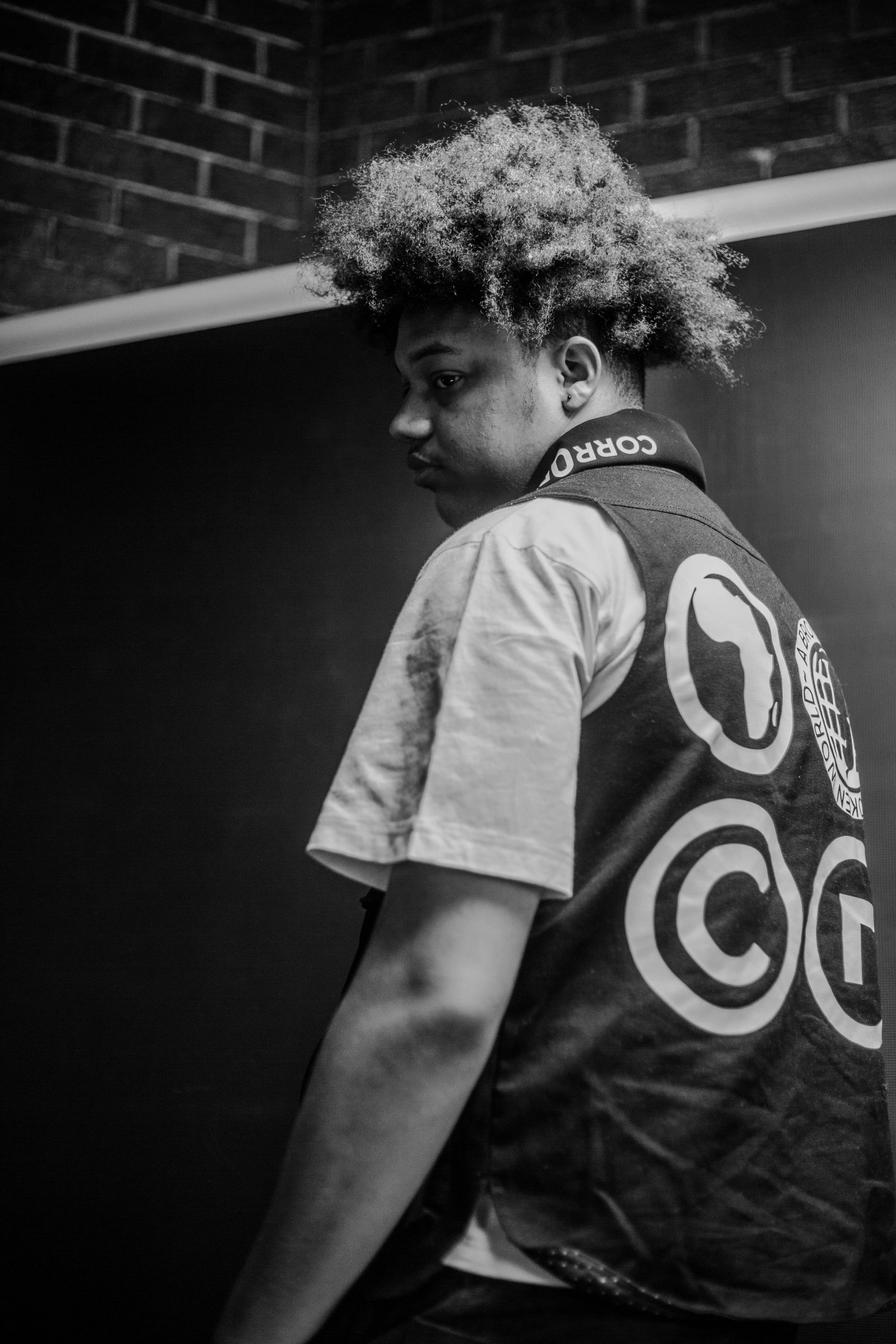 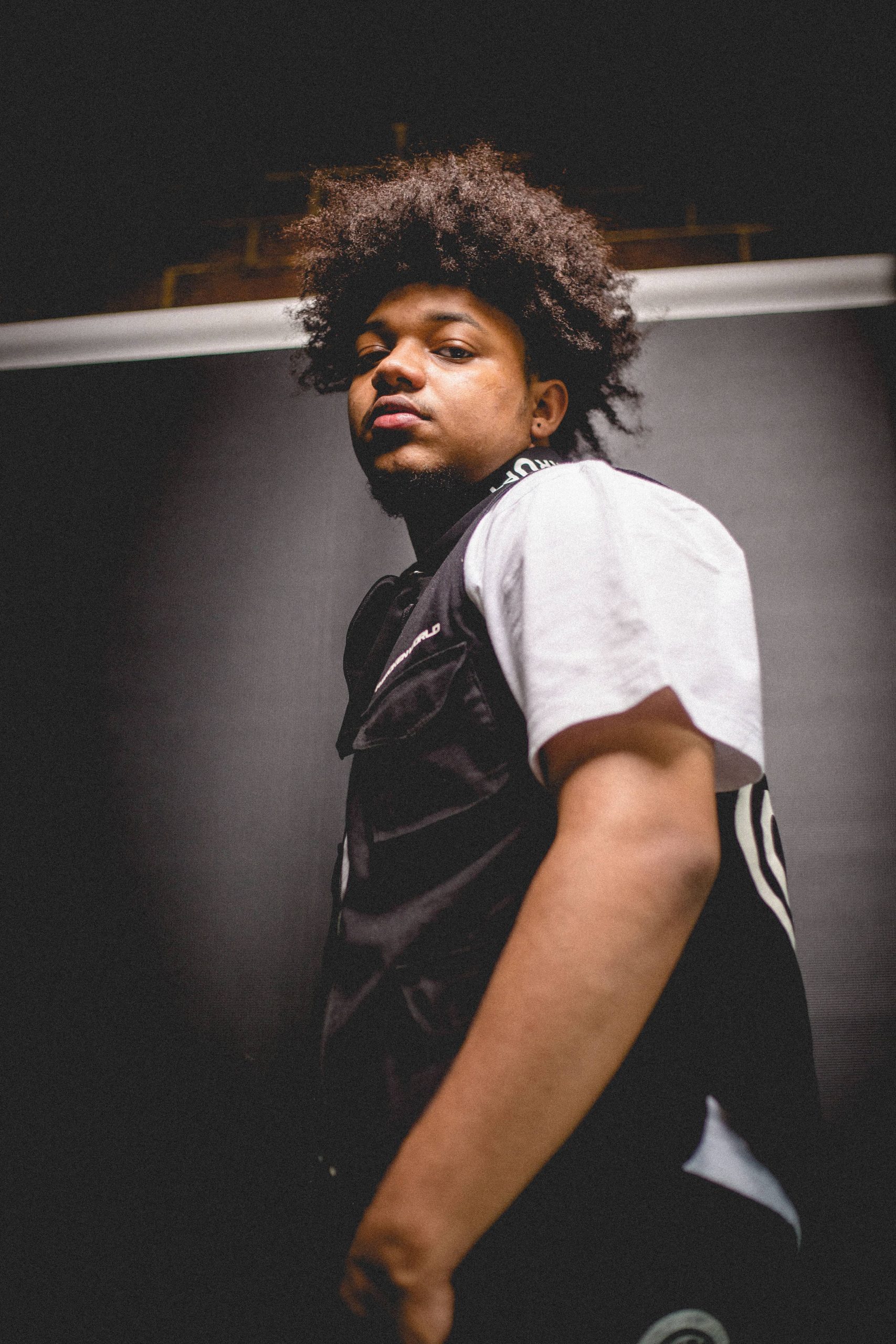