You have been working with Wizkid throughout his career almost, how did your relationship kick off and how has it evolved over the years?

It’s almost a decade now… We had been working in the Afrobeats scene in Nigeria, at the point he became big with his first album, Superstar. So we just knew that we wanted to work with him because we felt like he was the next big thing. So, sometime at a party, we met him and the crew – then he was with Banky W and EME – and we arranged for a meeting in their house. They were like “oh yeah, we love your sound, we love Legendury Beatz, so come over to the house and let’s work together.”That happened, and on the same day we went there, we created “Baddest Boy”, which was meant to be [Wizkid]’s first single then, but it became [the single for] the EME album. That’s how the relationship really started. Moving forward from then, he was like he’s gonna wanna start his label and he’d want us to be on it, so we were like “yeah, whenever you’re ready, just let us know.” When that time came, he reached out, and we were more than happy to be part of the label.

How did it feel to be one of the first ever Starboy Entertainment signees?

To be honest, it was, and it still is, a blessing. It was the biggest highlight of our career because at that point, we wanted to experiment with our sound, and the industry was very one-sided. Wizkid was just that person who was willing to experiment. He’s a visionary; he has never been the type to follow the trend. He is that kind of person that’s willing to push the boundaries. When a certain kind of music is getting big, he’s like “okay, we’re gonna switch the sound.” So, when we were in Starboy, he taught us how to be innovators, [how to] guard the sound – not to be followers, but how to be the guardians of the sound. I don’t think there was the slogan ‘Africa To The World’ [back then], but we had it mentally, all of us as a team. So, it was like whatever was going to give us that kind of global outreach, we were willing to do it. We were just like The Dream Team.

From producing “Baddest Boy” to “Ojuelegba” to “Essence”, you have been instrumental in Wizkid’s sonic growth, what has it been like working with him as he settled into his sound?

Mutay: Yeah, like I said, it was all experimental; we kind of just had that workflow going. Since we had that synergy, mentally, [where we were] always trying to create something new on the afrobeats scene, and to push the boundaries, it was always like, “oh so what’s the next thing?” “This is what we need to do, this is how we need to improve the sound.” We are just always working, 2,4,7 in the studio – we’ve created so many vibes, and when we create that one, we know,  “this is it.” That’s how it always has been, from day one. And you know, he’s also very hands on with production too, so we always mix ideas together, and we just know when we’ve gotten what we want. It’s always great working with him.

Uzeizi: The good thing about him, as opposed to other artists, is that, because he’s a visionary, he knows what he wants. He’s a very hard-working person, so we just matched his energy – because we were just hungry, and he was hungry. So, we just grew [together]; more than just the music, we have a brotherhood. He’s that kind of person [for whom] it’s not only about the music, it’s about how you feel, how everyone is growing, individually. It’s more than the music, it’s like a brotherhood of creatives;  every time we meet it’s just natural. There are some synergies you can’t re-create, we have that kind of chemistry, with regards to working with Wiz.

So for “Essence”, we knew he was working on Made In Lagos, so he flew in that time to Lagos, and we just said, let’s have a production camp. We were in the studio for days, we locked in. I think it was Oriental Hotel, [there were] a couple of producers, including ourselves, and we just were recording songs, ideas, and he loved the “Essence” one. He was like “yo, Tems has been trying to do something with me, I think she’ll sound great on this” so she came through and it just sparked off. She heard it,  loved it, did her thing right away and it was gone from there, because she really loved what she did.

Did you feel like you were always going to be part of this big moment?

Yeah. Like I said, we’re brothers. We’ve had talks. I don’t know if you believe in the power of the subconscious, like the power of God. We’re Christians, and we believe so much in “faithing it till you make it” – not “faking it,” “faithing it.” So, we had spoken about where we wanna go with this sound, and where we see ourselves – I mean we had spoken it into existence. We are just materialising or realising what we had visualised already. So, it is a wonderful thing when you’re materialising it, but it’s not so surprising. Do you understand? Being that he himself had spoken about everyone he wanted to work with; this is why we’re glad. You know when someone speaks and says “oh I wanna work with, say, Damian Marley,” he’s always said it, like he spoke it into existence. And that’s it really, “faith it till you make it.”

First and foremost, music is a product, it is meant to be used for certain things – it’s the soundtrack to our lives. So I think, his head space with regards to this album, he had a very global outreach, and when you listen to the album, you can see it’s that kind of album that you can just have a good time with. You can just sit down, kick back and relax. Feel good music, very mature. You can see anyone just having a good time with it, really. It spans across every demographic, from little kids, to the old people. No one’s gonna break their back tryna dance or bruk off to something. You know, it’s just a very mature, smooth blend of Afrobeats. I mean, it’s a no brainer, you yourself can listen to it and you can just feel that it’s very versatile. You can hear [Made In Lagos] in Nando’s, you can hear it in the club, you can hear it in the gym, it’s just a very very well put together project.

What does “Made in Lagos” mean to you?

Mut4y: Made In Lagos, basically, we are Africans and we are Nigerian, and everything we’ve been through, everything he’s been through, shapes that sound that he’s created, right? It’s not just about the music, it’s about your aspirations, it’s about the journey. Every Nigerian is resilient because we’ve been used to the oppressive boat. You know about what’s going in Nigeria right? So, we’re used to this oppressive boat and we’re very resilient people. Every Nigerian believes in achieving everything that they put their mind to, regardless of their situation. So, Made In Lagos is Wiz looking at the industry, the global industry, and saying “I will take this African sound – no matter the oppression – I am just going to take this sound, this spirit of Nigeria, to the world.”

Uzeizi: Pretty much just everything that he has been through, you know the journey to this point, when you’re trying to find a way out, your background story and everything, that’s what made the music too. When you hear songs like “Ojuelegba” you can tell there’s a story behind it, there’s a back end to it. [Those experiences] just shape you into the music. So, Made In Lagos is just like that journey, the story behind the artist, the story behind the music and the creativity. It’s pretty much just telling the story to the world, you know, “this is who I am and this is what I can do.” Regardless of whatever situation that you’re in, you can always make it, you can do whatever you put your mind to. You know how they have the American Dream? I can’t even remember what the American Dream is, but Made In Lagos is like the Nigerian Dream. Every little kid that looks at the album is like “rah!” You’ve watched Wiz’s story from where he started, up until this amazing album; it’s that kind of inspiration that regardless of whatever oppression [you face], you can get yourself out to the world. 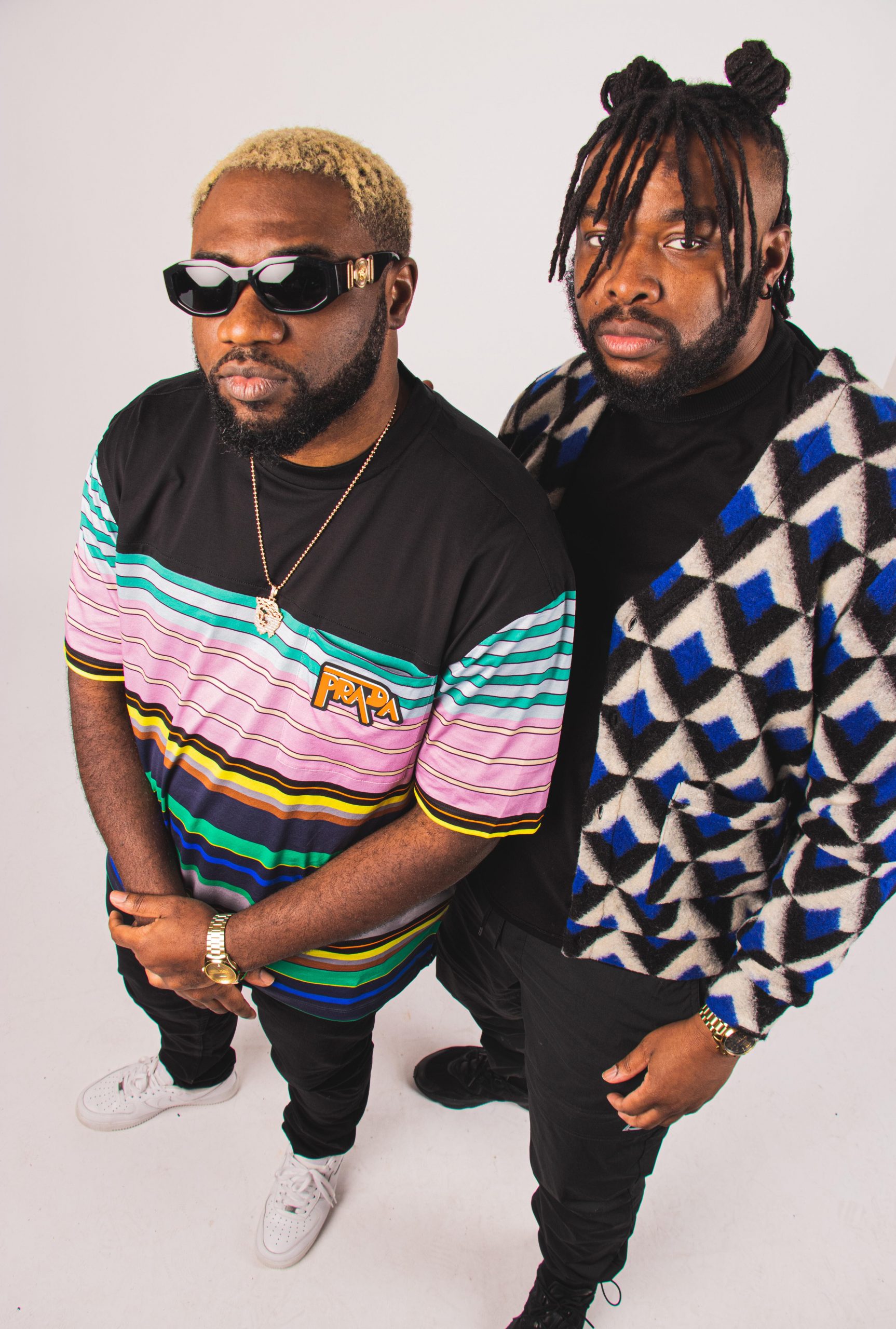 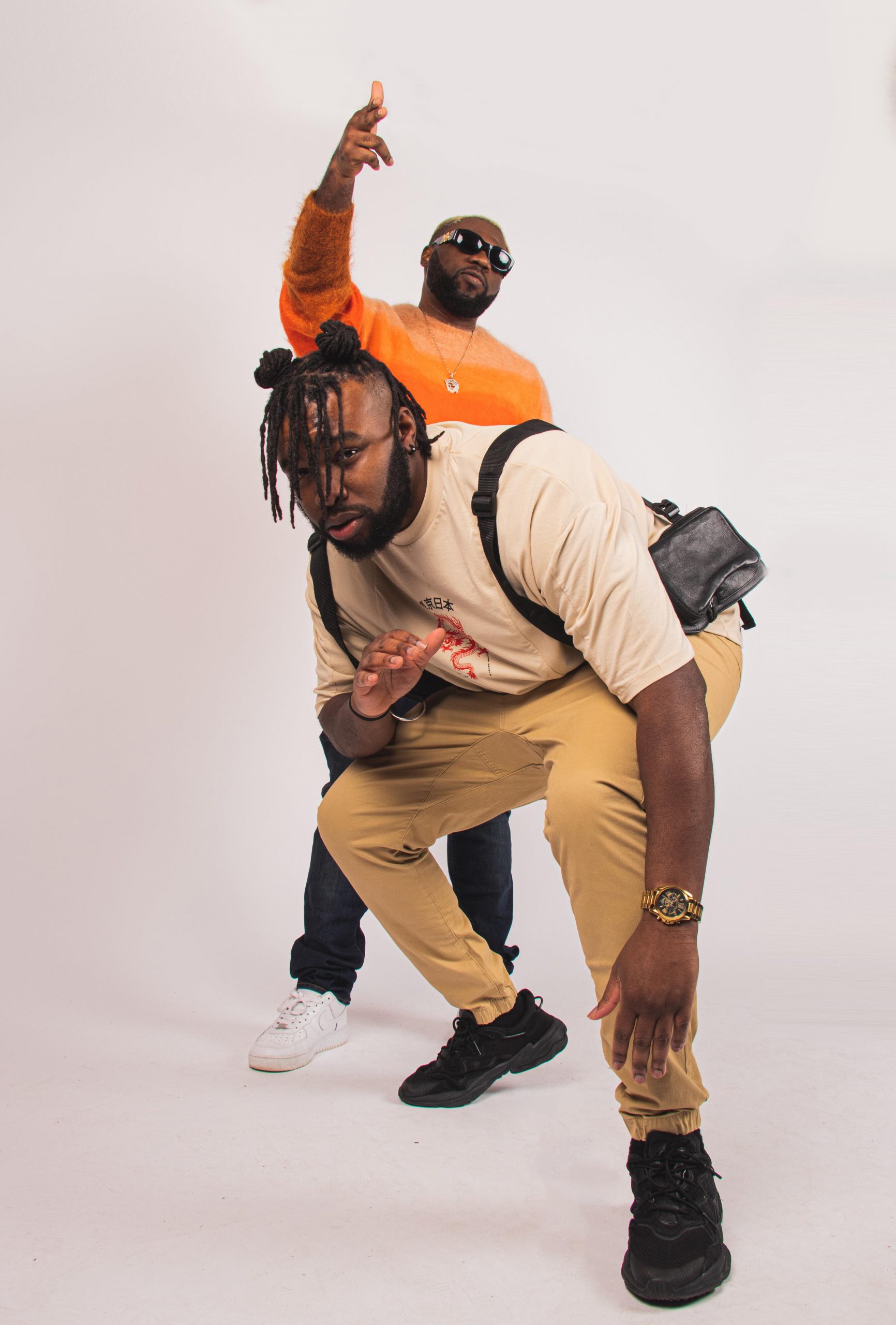