by Odunsi The Engine 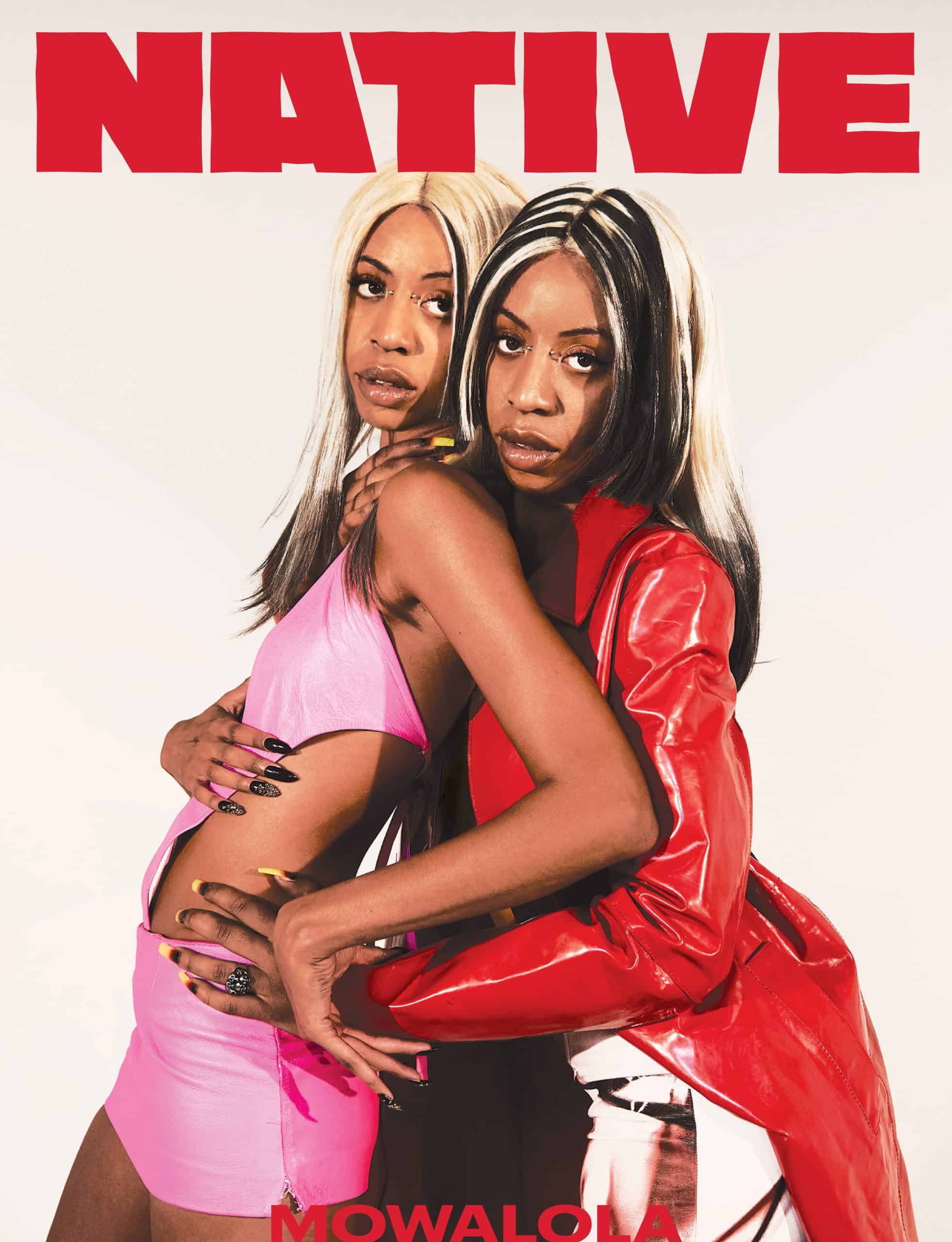 Mowalola: I think I’m also quite curious about people. I get a lot of inspiration from just mixing and connecting with different energies. So it’s almost like I also wanna know, I wanna have a conversation with this person more than them accepting [me]

Odunsi: [More than] them even having to validate you

Mowalola: I wanna talk to you

Odunsi: Yeah, I relate to that a lot too. I’m like a conversation whore. There [are] so many people I want to ask so many questions. I don’t even care if no one ever knows we’ve spoken.

Mowalola: Yeah, it’s not about that. It’s very selfish, it’s for you. Cos there’s very few people that I think that about. I look around and I don’t really see that much shit that I’m like “wow this is amazing”, so when I do meet people like that, I’m like “wow, you are kinda sick, I wanna talk to you, I wanna know more”. I think most people should just see things like that – [cherish] human interactions more than like “I met a celebrity and this is our picture together”. Although if you’re gassed be gassed, have the truest emotion you have, but still remember that everyone is a person.

Odunsi: One thing that scares me, especially back home, when I meet people, I get this feeling of paranoia like “this person has probably heard something about me” or “this person already has an idea of what they think about me” and it might affect the way I even open up or have conversations because I’m not sure what the person knows, or thinks they know. Have you started to experience that? 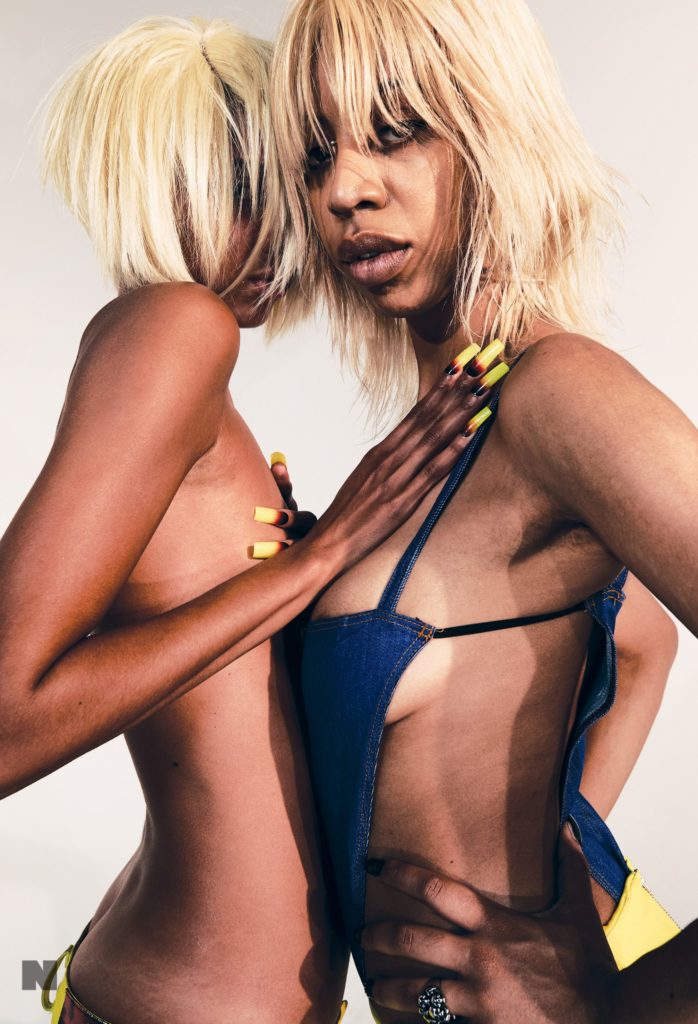 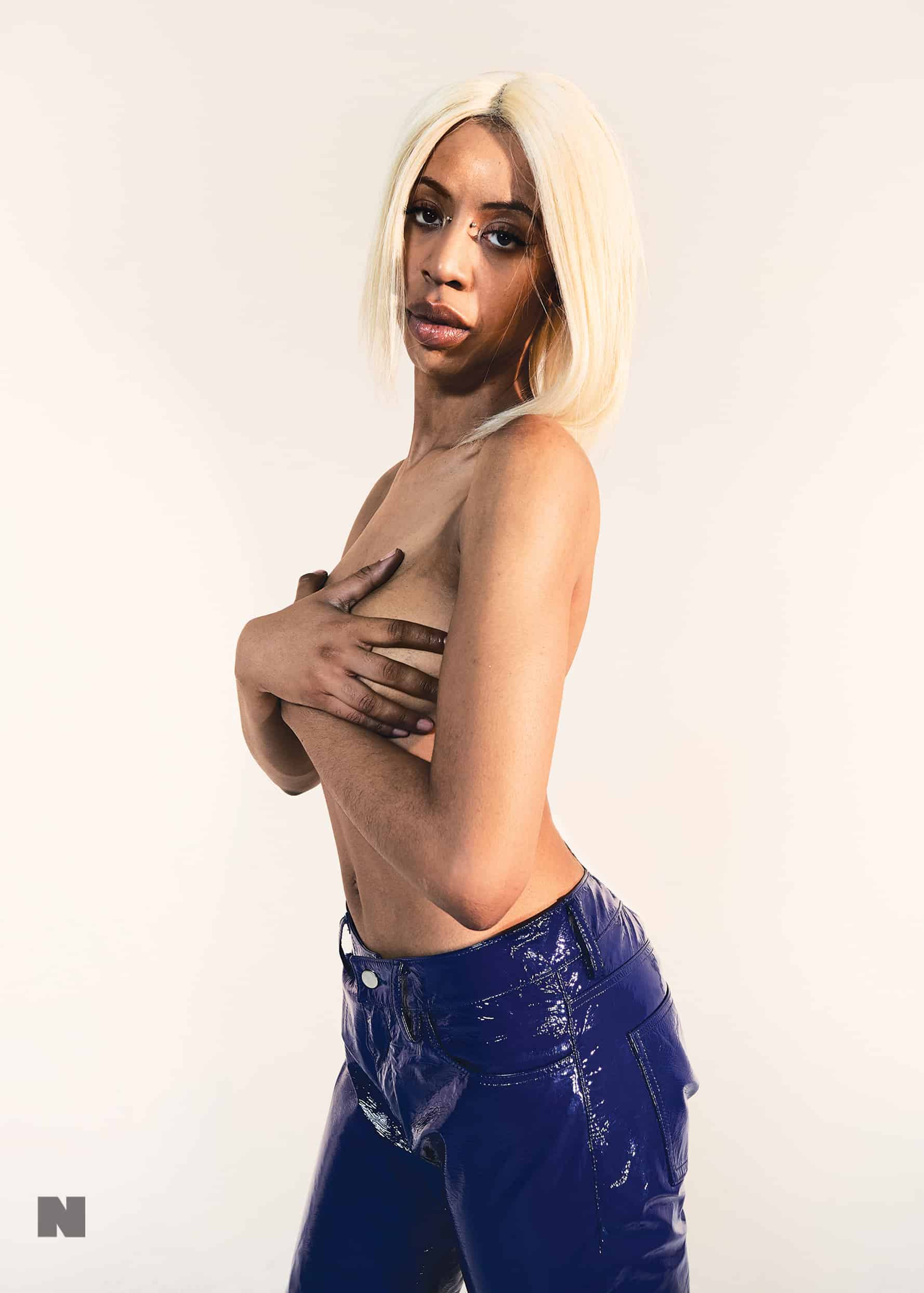 Mowalola: I only just started realising now that people even think about me. That never really crossed my mind. I think when I meet people I’m just more… I don’t think about that. I’m more interested in the person than how they see me, you know? Cos I only really want friendships where it’s actually with people that I’m interested in.

Mowalola: The way my personality is, my mouth is open as fuck. I will literally say everything. I will be very transparent with how I feel, I might tell you some things that I’ve been through. And this is me without thinking. Like, this is me just being myself.

Odunsi: Just being yourself, without calculation 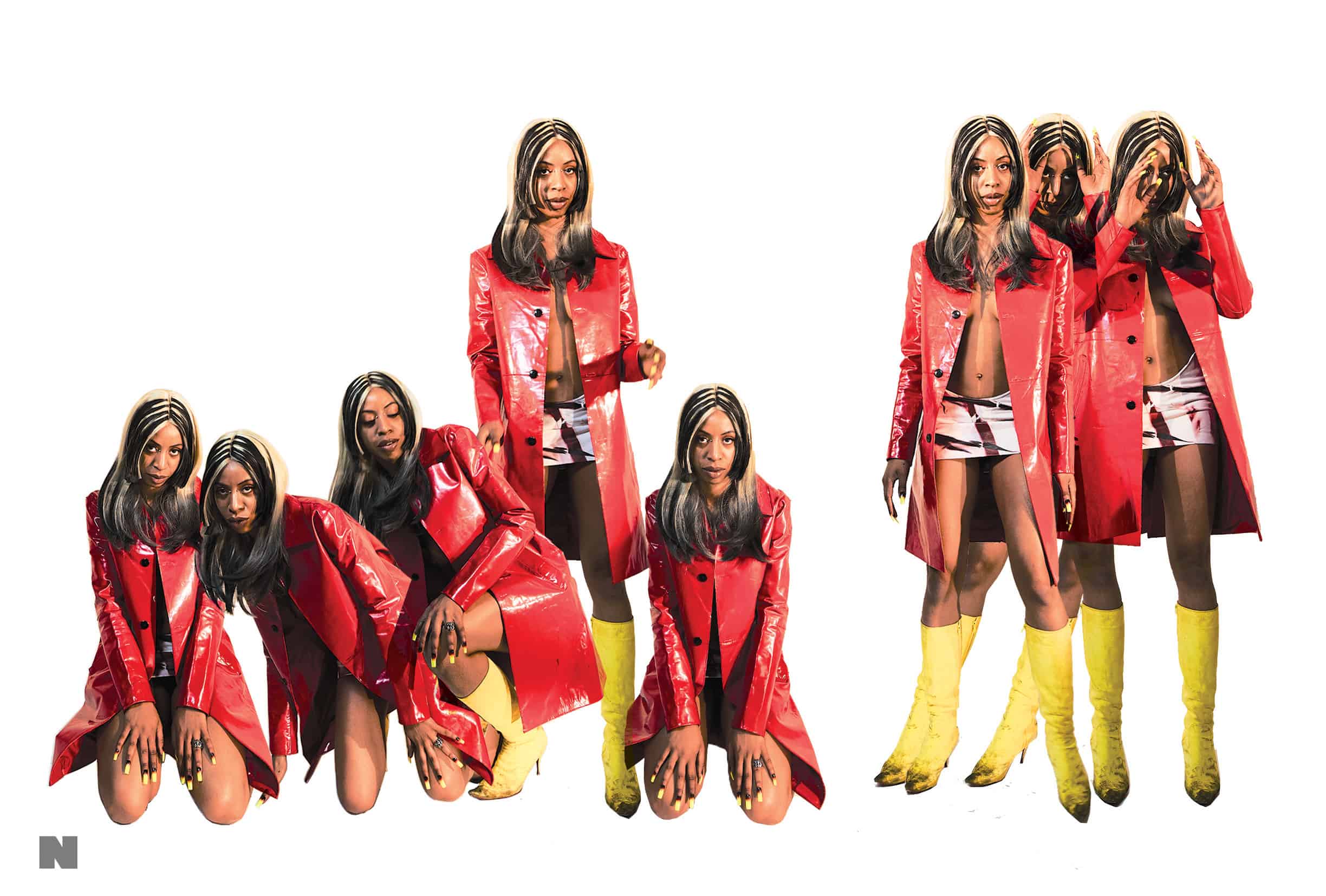 Mowalola: Yeah, cos I don’t do much of that. But being in this industry and meeting people and realising “oh wow, not everyone is as genuine as you think”, people actually are just trying to collect information from you, rather than just get to know you. So, I feel like that has just made me a lot more cautious in how I express myself. Now I’m a bit more… I take more time to open up.

But I don’t know, I feel like, at the end of the day I’ll be okay. I feel like I’m protected. So I just try to still treat everything as childlike as I can. And then in that way maybe I don’t mix with so many people, maybe I only just mix with people sometimes. Like in a party, I think that’s the safest space for me because I don’t have to talk to you and we can dance together and we can vibe on something else, y’know?

Odunsi: When people make clothes that seem very similar to yours, I’ve seen your fans comment on social media with saying stuff like “just buy MOWALOLA” [laughs]. Did you set out to have such a signature aesthetic?

Mowalola: I don’t really set out thinking I want to make a signature thing. I just think “what do I wanna make?” I think that’s pretty much all. I’m not trying to set [myself] aside from anyone because I already know I’m not that person, that person is not me. They don’t have my mind, they don’t have what I’m thinking. So, I think I bet on myself more than I bet on what the climate of the world is [in relation] to accepting what I have to give. I’m gonna give what I’m going to give, people who understand it will understand it. I’m not in a rush to create something that’s available to everyone just yet. Because everything is still really special to me, I wanna take baby steps with everything. 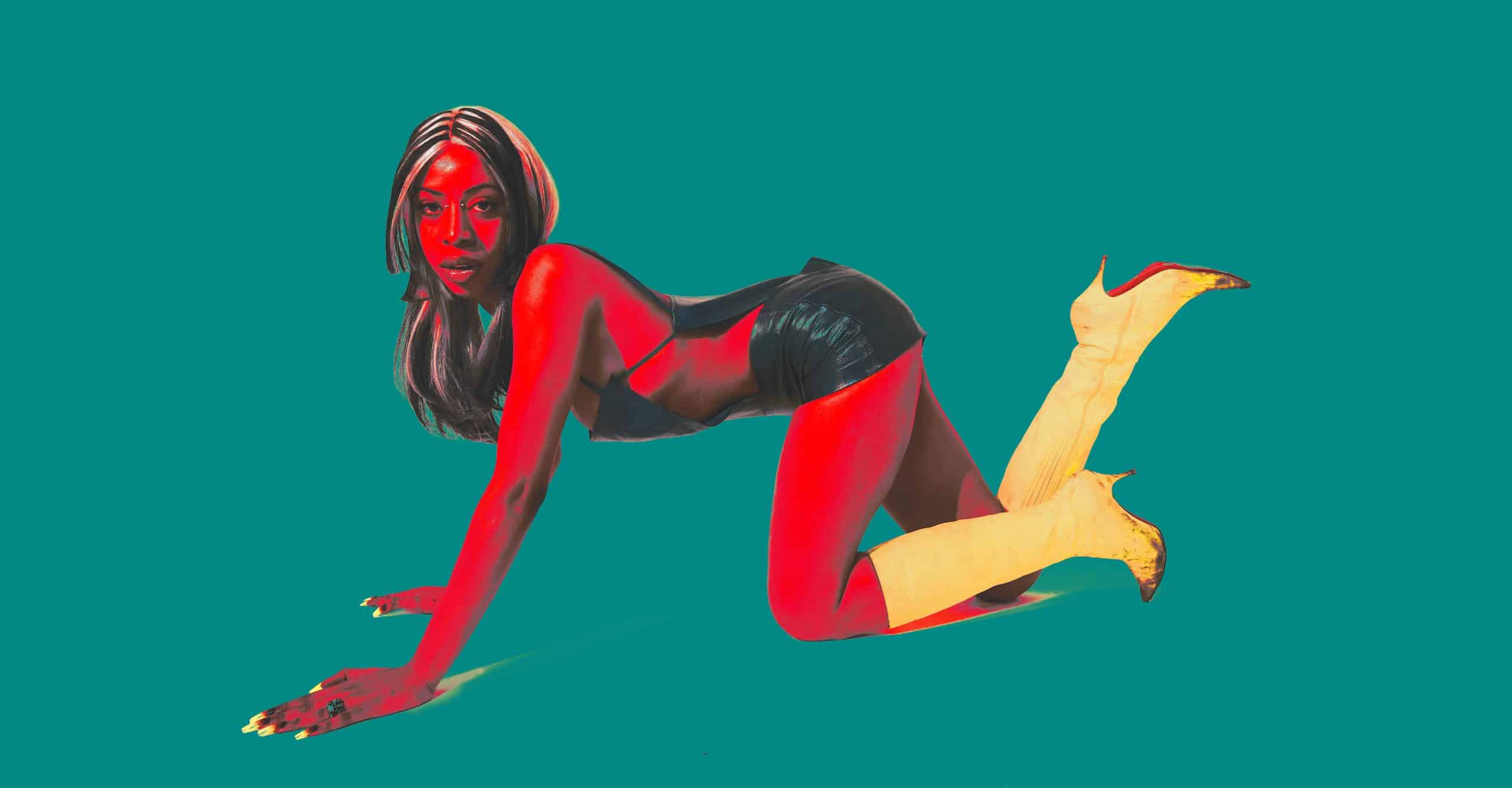 At this point I don’t even get mad if I see something that’s similar to mine. Before it used to upset me because I was like “wow, I’m literally a kid trying to make a name for myself in this industry and you’re doing things before I even get a chance to do it on a big level?”. But I realised if I keep thinking like that then it will hurt the way I create, so I just need to let go. So I just try not to focus on “uhh, that looks like me”. I’m just like “it’s calm, it’s cool, I’ll just keep focussing on what I want to do”. Which is like “oh actually maybe fuck clothes this season, I wanna make a film. And I dare you to try and copy that”. So it’s okay. I feel like if you copy me, then it was meant to happen and I was meant to do something else because of that.

Odunsi: How do you think you can keep your essence as you grow, as a brand? Without being commercialized.

Mowalola: I mean, that’s the whole point of this current time. I’ve actually been able to really think about how I want to expand in my own way, not in industry standards, which has been so helpful. Cos all the things that are like [being] done ‘the right way’ are not necessarily things that are gonna move forward. So, it kinda makes everything “you can do what you wanna do” – it doesn’t have to be a certain way.

I do want to be able to be more accessible to more people, but I realize it’s all just gradual. I’m not in a rush to do anything. Before I was very much impatient, just because of how everything has been for me. Weirdly, there hasn’t been a thing that I’ve done that hasn’t been exactly what I wanted, so I wanted more and more and more. I had to pause and tell myself “you’re moving into a space that’s a lot deeper than where you were, so you actually need time to reassess and figure out how you’ll move in this space”.