It’s been four months into the coronavirus-induced lockdowns and the world has become a completely different place to what we knew it to be at the beginning of the year. The ‘Rona – and literally everything else that has transpired since she came around, has come with some heightened feelings – and everybody is living in fear and anxiety about this new normal we all have to navigate. The symptoms of society’s ills have been brought to the forefront, and we’re now in a phase where we’re demanding a cure, which some have turned to their faith for.

As someone who is not deeply religious, the last couple of months have been particularly difficult to navigate, especially considering the cocktail of negative emotions that have come with the times. Living with religious Nigerian parents also doesn’t help with the anxiety towards the uncertainty, and if yours are anything like mine, you’re getting constant reminders that there are evil forces at work who are responsible for the calamitous year we’re having. 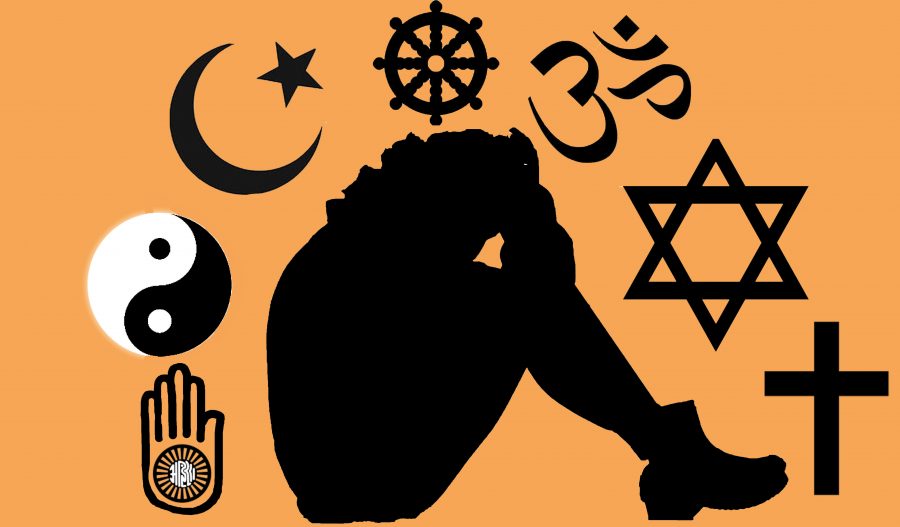 While religion is still an uncertain ground for me, I have found myself praying more and trying to find a stronger spiritual connection, rather than through religious bodies and institutions which don’t always align with one’s true values as a person. This decision to reconnect with my spirituality and the universe, I’ve found, is not uncommon in a number of my peers who in these times are clinging to something to find some grounding and to feel safe in uncertain times.

The last time we spoke to members of our community about their faith, we learnt that many people were coming to terms with the fact that they had lost the faith in religion they were raised on, coming from religious family backgrounds. As a generation, we’re not as rooted in the rigid religious structures older generations were raised on, and as such, have become more flexible with our choices and more open-minded to the way we practice religion.

This time around, given that things have become even bleaker over the past few months, we decided to touch base again with members of our community, to discuss their how their stance on religion had developed over time as many claim that the pandemic period has helped rebuild their relationship with God and the universe.

From finding God through music to finding an online meditation community, here are some of the ways some members of our community are finding and restoring their faith during these strange and unprecedented times:

My relationship with religion and God has always been present deep down, but I wasn’t very proactive about it. Sometimes I’d be in deep connection with God, other times I felt like I was just marking off an item on my to-do list.

The pandemic has been very overwhelming for me. It eventually caused me to disconnect from a lot of things, particularly Instagram. Re-finding myself and cancelling the “noise” around me has helped me refocus. The lack of noise also helps me have a stronger relationship with God and religion. I am able to have more reflection time with God.

My parents are like big on religion. My mother is a pastor and my dad is a Deacon. So you can see the kind of stress I am under! I grew up thinking God was unfair because I struggled to reconcile my sexuality with my religion and the Bible. I knew I wasn’t an atheist, but then Christianity wasn’t it for me. During the pandemic, my mental health grew worse so I would pray I’d start my prayers with “in Jesus name”, but then I’d go with “as the Universe pleases” in the middle.

Now, the guilt around my sexuality is basically gone and I’ve grown with my spirituality. I call myself a witch, and honestly, it’s been a good experience. My religion is – do what’s best, what’s good, and what makes you feel good. Love is the single most powerful thing out there, and that’s what I believe in 100%.

I didn’t grow up religious and my relationship with God has been shaky. It was  in secondary school I probably started to acknowledge God’s existence – I only prayed when I needed help with exams, hoping for some miracle. Years later, I tried to reconnect, to grab onto those peaceful moments but I could never get it back.

My reconnection with God actually started before the pandemic officially started because I’ve been in isolation since December. I had an eye infection. I couldn’t see well, my eyes were sensitive to light, so like I was practically indoors throughout the month. I reconnected at this point and rather than expect an immediate response from the big guy, I took it one day at a time and that’s how it’s been ever since.

I feel like God speaks to me through the music I listen to, and it feels like God is instructing me with a guideline for my life. When I listen to some songs, it puts things happening in my real life into perspective, and also gives me more comfort than normal when I’m feeling low.

I’ve always thought that I had to communicate with God through prayer or some religious ritual, but hearing God in Future lyrics just made me curious to seek a deeper relationship because it seemed like He was seeking me out. This faith and trust has become stronger during this awful year, and I don’t think it’s a coincidence. As weird as it seems, I feel like it was supposed to happen this way.

I had always believed in God and gone to church, but it’s like I would be so passionate about things of God for a week and then I’ll get busy and totally forget. I decided to make a change in April when I suffered from depression, and I’ve never looked back since. I feel like because of lockdown, it made me realise that everything here on earth is temporary and I decided it was time for me to stop being lukewarm and actually take it seriously. I hopped on zoom calls and it really helped ’cause a lot of things I wasn’t sure about I got answers. I also started studying the bible more – devotionals and all. It’s been an amazing experience and I definitely will keep this going even after the pandemic.

My spirituality really deepened during this pandemic because I began to do that manifesting thing you always see on Twitter and I’m here to say it works. I had a jaded past with organised religion and completely went off it, to the annoyance of my mum but with manifestation, it’s basically prayer but without the gods and contradictory Bible verses. It’s really just actualising what is already yours as a child of God.

I had a very strange kind of mixed up religious upbringing. My parents are Muslims and they’re serious about it and I went to a Christian high school like proper Christian high school and just the mix of going to school and coming home to different things just made me very apathetic towards religion. I didn’t want to be affiliated with any particular religion. I recently realised that my conscious avoidance of religion turned to a subconscious avoidance of spirituality. This came in the lockdown and I had to remind myself as well that spirituality is not synonymous to religion.

My mum is a Muslim and my dad was a Christian so I used to jokingly identify as a Chrismus cause I hadn’t decided. So I would go to church on Sundays with my dad and I would fast during Ramadan and occasionally go to the mosque also with my mum. I’d pray whenever I needed something and that was about it. During this lockdown, I felt a pull to get closer to God and I spoke to my friend about it and she told me it’s probably God trying to pull me close. So I started a bible study with some of my other friends who kind of felt the same way. I can feel my relationship with God growing and I can feel Him guiding me towards my purpose just showing me things and I love it

If I’m to rate my relationship with God over 10, I’ll give it an 8 because to the best of my knowledge, I’ve maintained a good relationship and I’ve been in constant communication with him. I didn’t always have an unwavering relationship/ faith in God and sometimes, fear, worry and doubt used to be the biggest negative emotions I struggled with but during this pandemic, I got a better insight on some of the scriptures. I realized that there was literally nothing one could do at the time other than just depend on God to take control. I also understood that the pandemic happening wasn’t new and didn’t mean the end of the world which also meant that it was gonna pass, so that basically grew my faith in the word of God.

I’m not sure if this counts as spiritual or religious but this pandemic, I have really gotten into horoscopes. That is basically my new religion now because the similarities and comparisons with each sign are so true. Now I check my horoscope updates every morning, but that doesn’t mean it guides my whole life, it’s just fun to read a general overview of who you are and what makes you (and a billion other people) unique.

Tami is uninterested in what you have to say. Don’t tweet at her @tamimak_

ICYMI: The art of using music as a form of prayer