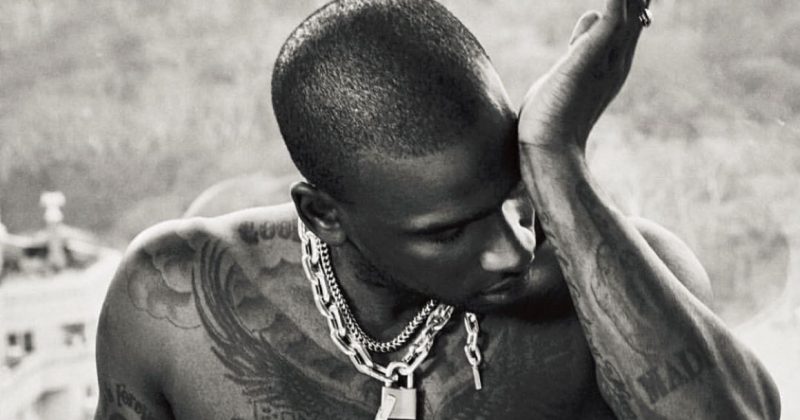 Skepta has been ordained a chief by the Baale, Chiefs of Odo Aje in Ogun state

Skepta’s Homecoming concert fulfilled the rapper’s long dream to establish a sturdy home-base in Nigeria. But the fanfare wasn’t just an energetic performance for Lagosians who could make it to Federal Palace Hotel alone, after the concert, Skepta headed to Ogun state for matters closer to his heart. The rapper paid a visit to his parent’s hometown in Odo Aje, Ogun state to be robed with a chieftaincy title, as the “Amuludun of Odo-Aje”.

Skeppys’ new title loosely translates him to be the designated entertainer for his hometown, Odo-Aje. It’s a fitting role that strengthens his dedication to fully reconnecting with his roots. He shared a video from the ceremony where he can be seen in a black Agbada, a cap to match and white bids around his neck while traditional drums are heard celebrating his title. It’s the kind of heroes welcome for a man who has detailed struggles with embracing his Nigeria heritage while growing up.

Thank you to the Baale, Chiefs of Odo Aje and King for presenting me with my Chieftaincy title today. I am honoured and will continue to put time and love into Nigeria, especially the community of Odo Aje. Love @greatnessdex @lashhofficial @nostressuk @realionaire1st @ella.dror @graceladoja Mum, Dad and everybody in attendance for an unforgettable day. Big Love, Joseph Olaitan Adenuga Jnr – Chief Amuludun Of Odo Aje #BBKAfrica ❤️🇳🇬🌍🦅

ICYMI: See how Skepta and other surprise guest performance made NATIVELAND 2017 our most memorable concert yet