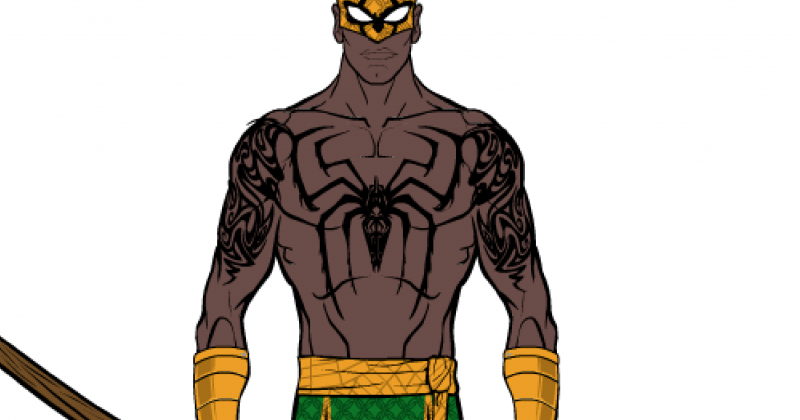 Spiders weren’t always so hated and trampled, once upon a time, they were a huge part of African folklore, introduced to little children at evening fires across Africa. But little did we know, the spiders of African folklore also served as inspiration across the pond for more than one friendly neighbourhood super-hero, Brer Rabbit, and of course, Marvel’s Spiderman.  That fictional comic character was inspired by the Kwaku Anansi, a superhuman trickster from West African folklore mythology. He is one of the most important characters of West African folklore, even he himself had wisdom and prowess in speech.Though much of the original stories about Anansi have been lost to time and translation, his legend endures.

Anansi originates from the Akan people of  Ghana and directly translates to “spider” (Ananse). He is now known in the present day as Mr. Nancy (thanks to British colonialists butchering the original spelling), many however still call him by his traditional name and often spell it as Ananse and Anancy. He takes the shape of a spider but is also depicted in many different ways: Sometimes he looks like an ordinary spider, sometimes he is a spider wearing clothes or with a human face and sometimes he looks much more like a human with spider elements, like eight legs. He is considered to be the spirit of all knowledge of stories. Anansi’s story telling abilities even comes to play in his appearance in episodes of Starz’ “American Gods” series. One of its first episodes has Anansi (as played by Orlando Jones and named Mr. Nancy in the series) deliver a prophetic slavery speech. In the scene, the slaves in a boat offshore pay close attention to him while each of them even reply him in their indigenous Igbo language. While the boat catches fire through a candle light, Mr. Nancy (old trickster god of West African folklore in the series too) of course survives and is seen in his spider form at the scene’s end.

I am Anansi. The Teller Tales, and I am in the middle of a story. And one cannot stop a story in the middle. _Anansi

True to Mr. Nancy’s role in the movie, Kwaku Anansi played a major role in the lives of the slaves. Anansi is able to turn a position of disadvantage into advantage through his art of rhetoric –albeit, cunningly and trickily, just like the quote above– against powerful oppressors, typical behaviour slaves employed in order to gain the upper hand within the borders of the colonialists’ power structure.

It’s unsurprising how the Ghanaian god has now become acquainted with the American people, enough to even see him star in American fictional movies like “Spiderman” and “American gods” as America is really no man’s country but more seriously, tales are told of how Anansi crossed to the Caribbean and other parts of the New World with captives via the Atlantic slave trade at the time. The Caribbeans celebrate Anansi as the god of ‘resistance’ and ‘survival’.

In the Marvel Comics series “The Amazing Spider-Man volume 2 (2003)”, it is revealed by Ezekiel Sims, a supporting character in the series, that Kwaku Anansi was actually the first ever Spider-Man. Considering the circumstances surrounding the Ghanaian God’s literal name translation into English and even tales that are told of him, it’s only logical to say that indeed Anansi is the inspiration behind the narrative that ties into “Spiderman”. The number of illustrated book, audio and video versions of this one tale shows beyond doubt how successfully Anansi has made the transition into literature and other creative works.

ICYMI, Read The First Issue Of “Anikulapo”, A New Comic By Vortex Inc

2221
Previous Article Watch Vanessa Mdee and Mr. P sweat their relationship Out in the gym