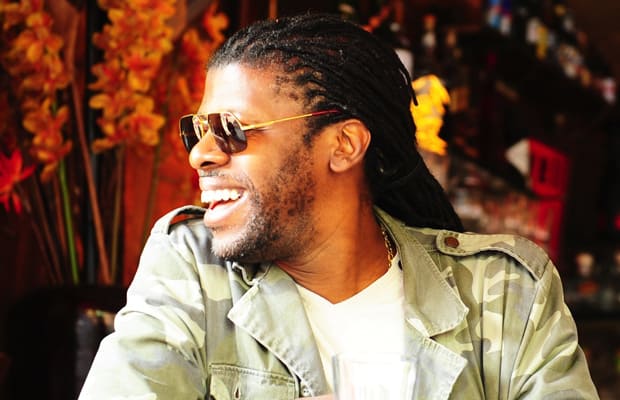 The show of affluence has also been a prominent part of the hip-hop culture and this is why Chi Modu’s ability to capture Hip-hop in its most relaxed, unpretentious element is phenomenal.

Born in Nigeria and raised in New Jersey, Modu was a young photographer whose parents had been part of the first wave of immigrants who moved due to a nearly two-year long Nigeria vs Biafra civil war that almost tore the country apart in the late 60s. As fate would have it, the rise of hip-hop came in the 80s and Modu was a twenty-something-year-old photographer who found himself surrounded by artists set to define hip-hop (probably unknown to him at the time). His greatest legacy till date is how he set out to capture the musicians in candid moments, revealing them as real persons instead of the one-dimensional celebrities.

Chi Modu started his career at The Source, the definitive magazine on hip-hop culture at the time and slowly rose the ranks to become director of photography in the ’90s. Over the long run of his career, he has gathered quite the impressive portfolio, chronicling the rise of hip-hop from a budding subculture in South Bronx to becoming one of the most pervasive music genres in the world. To highlight his impact, see some of his works below

Tupac – Atlanta, GA 1994 – Haven't shared this one in a while. Photographers are always searching for that decisive moment to press the shutter. Sometimes they appear when least expected like in between takes like this one. #tupac #tupacshakur #tupacshakuruncategorized #2pac #hiphop #tupacbook #chimodu #uncategorized

His first shot of Tupac wasn’t exactly hitch-free. He revealed his equipment failed and he had to reschedule the shoot for the next day. Tupac invited him to his yard after the shoot and ended up taking pictures of him in his most relaxed state ; without his shirt on. He commented on the series of iconic photos, saying “The nice thing about having him shirtless or in a tank top is that it’s universal. It never gets dated. The pictures I took of him don’t look dated, because he could be wearing that same outfit today. I think leaning towards simplicity is leaning toward longevity. I never wanted to be that hot photographer, because I always knew that was fleeting.” 20 years after his Tupac’s death, Chi released a book titled Uncategorized, a collection of unreleased snapshots of Tupac.

Shooting an album cover for Snoop

Stay alert! – ODB – NYC 1993 Check the diamond studded gold fronts. Whenever I look closely at the faces in my pictures , they tell the story of how rough life can be in the hood. You can tell a lot by the amount of scars you find on the faces. I prefer to not retouch them because each one tells the true story of their life. RIP ODB! #odb #wutang #hiphop #wutangwednesday #chimodu #uncategorized

His impressive catalogue also includes shots of the Wu-Tang clan before their prime. He revealed it was incredibly hard to pin down Ol’ Dirty Bastard, highlighting the late rapper’s inability to stick to time. While describing this shot, he explained he was to shoot a series of portraits for the Wu-Tang clan and make a nine-person grid. So he had them all stand in front of his camera one by one. He also made a remark about how rare it is to find a clear shot portrait of ODB. “That’s just a straight-up shot of ODB’s face, and there aren’t a whole lot of them. So I’m glad I have it.”

One more of Nas sitting on his bed in the Queensbridge houses. If you zoom in, you can see his brother Jungle's name carved in the top drawer of the dresser. Classic! – Nas – NYC 1993 #nas #nastynas #hiphop #chimodu #uncategorized #qboro #queensbridge #exclusive #qboro #illmatic

In addition to The Source, his photos have graced the covers of Rolling Stone Magazine and Jazz Times, Chi will also be remembered for shooting iconic album covers for Snoop Dogg, Method Man, Mobb Deep, Mad Lion, and Christian McBride. His work has appeared in numerous exhibitions, including the Hutchins Gallery, Lawrenceville School, Lawrenceville NJ, the Brooklyn Museum of Art, Brooklyn NY, and the Rock and Roll Hall of Fame in Cleveland OH.

Next Article Mark your calendars: Adekunle Gold is returning to Afropolitan vibes