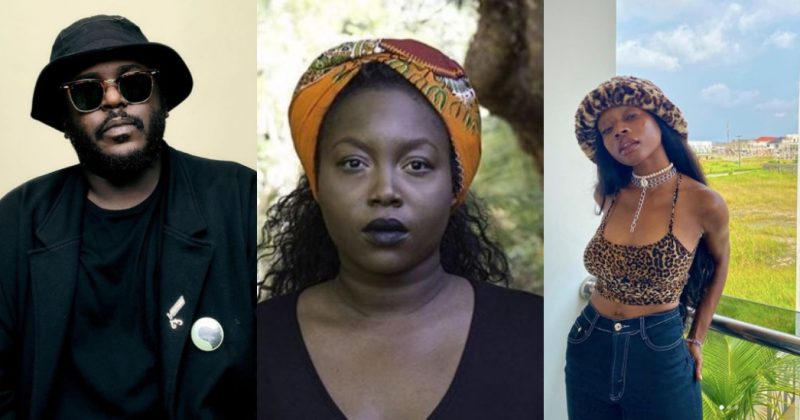 A big part of what makes these ‘rona times so scary, is how much we don’t know. We don’t know when it will end or how long we’ll be indoors for, or when a vaccine will be made available. The world has quickly become a different place in the wake of the pandemic, and almost every aspect of human life is changing – including the way in which we conduct business.

There’s a direct link between this pandemic and the economics of the world, because it’s not business as usual on all levels. Ecosystems have been disrupted, and while essential workers are still providing services worldwide, a large proportion of the world is now conducting their work from home in an effort to stop the spread of the virus. This means some independent businesses who are supplying products which are in demand are thriving, such as Quacktails who is providing everyone with the alcohol we all need to get through these times, however, some other self-employed, creative freelancers are really struggling to stay afloat.

Life for us as a media house has also been affected, a lot of production has been put on hold and we’re having to divert operations to suit this new normal. So in a bid to show that we’re really all in this together, The NATIVE spoke to a few young Nigerian creatives about how the lockdowns have affected their craft.

From musician, Ria Boss who is struggling to make sense of the loss of income from live gigs to director Dare Olaitan who is wishing for a monthly salary now, here’s what some creatives had to say:

Corona has changed the landscape of film for this year. Cannes was cancelled. Festivals have been moved and funds shut down. Personally a fund that was meant to support a film of mine has been moved to next year. It would be good to have salaried income from two jobs, but that’s not my reality and creatively it’s been a big hit. I have a home office usually for my film work and writing so that’s still going on.

Auntie Rona came in right as my performance schedule was thickening. My own monthly curated show in Ghana, Tranquil Tuesday, which had recently become an extra source of income as well as my own musical playground has had to take a back seat. That and countless other gigs that would have otherwise helped my streams of income were also postponed. I’ve recorded more music in the past few weeks than I did the whole of last year. I’ve been thinking about new ways of being able to reach my fans in the digital space that can translate into more streams.

The uncertainty has left me generally uninspired, I have no creative direction. It’s getting easier now because my mind is getting used to the situation, so I’m able to focus a little better. This period has proven to be the toughest period for me as a musician. I can’t wait to be free, so I can play my guitar in front of a live audience again, while commenting on the horrors of Nigeria which have even now gone up a level.

Luckily I’m still receiving some revenue from licensing my first film, ‘Green White Green’ on various platforms. I wrapped filming my 3rd film project right at the beginning of the pandemic and I’m supervising post production remotely. However a lot of trips and festivals had to be cancelled and it has also slowed down the development of future projects. As for my art, I’m always painting all the time so lock down or not, I create.

The lockdown has affected in so many ways, mostly mentally because as much as I like to create and make money, they are very necessary for my mental health because I am not doing the things I love. I’m a multi-faceted creative and have different avenues for expressing myself, so to have all those channels inadvertently blocked, wow I’m struggling. Usually I sketch my designs and have tailors make them, but with lockdowns that is not possible so for the past month. It’s really affecting my income, as I’m usually chasing down leads to find pay but now there’s no leads as we’re all indoors.

For me, I would definitely would say that the financial aspect of being a creative is at its lowest because of the lack of commissioned work due to the pandemic. However, I’m still creating. I believe that I have the power to create anything out of nothing and because of that, I have been able to use the limited resources, including the people around me, to create whatever I’m inspired to create. Most importantly, i have been able to rest, learn, unlearn and just exist. I have no expectations of myself rather than to make it out of this situation alive, so it definitely feels good to be creating under zero pressure.

I feel like a lot more people are tuned into social media so I’m actually encouraged to share my art. The pressure to keep up with the demand for more content can be a hassle but as a creative, I think that pressure is actually what I need.

Well I am still creating, even though I am not locked in studio so that’s a bit of a downside. But on the side, I also create content for an agency so this is helping me keep working and keep the brain moving about. The studio sessions after this are going to be fire.

Wow so a lot of projects have been put on hold , the last shoot I did was right before the lock down and it was intense and hectic, getting paid was even a hassle because of bank issues. I am coping by creating boards/looks I’d like to try on models after this quarantine. I’m definitely incorporating more on set hygiene into my makeup though, I was doing it before but even MORE this time.

As a film producer I am pretty much jobless, but as a creative, I’ve been able to do more screenwriting in this period. The active nature of film production always proved a distraction, but now I’m able to concentrate better on what the characters I’m writing want to do and where the stories want to go. About career choices moving forward, I chose creative self-employment a while ago and if anything this lockdown confirms that I made the right choice. I’m very familiar with dry spells business-wise, so staying at home is not altogether strange.

summer agwula, summer is over.

ICYMI: We spoke to a few people about living with their parents during isolation

Next Article Afropop on the Rise: We’re witnessing a dominant new line in the afropop vanguard