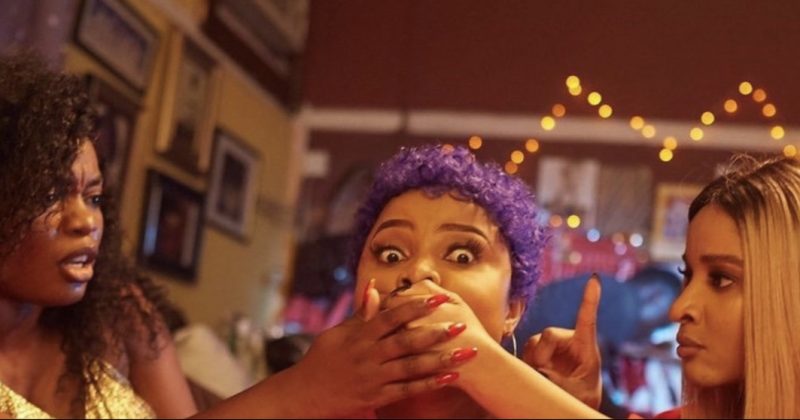 Sugar Rush has been banned from cinemas nationwide & nobody is happy

During the all-but-serene festive season last year, Jadesola Osiberu’s latest film ‘Sugar Rush’ was neatly unwrapped to audiences across the country on Christmas Day. The new release managed to gross ₦40 million in its opening week, and quickly hit a new record of ₦152 million in only two weeks after release.

Given the pooling together of the younger crop of Nollywood talent such as Banky W, Adesua Etomi, and more on D’banj & Jadesola Osiberu’s collaborative production, news of the film’s suspension from cinemas nationwide was met with outcry from eager supporters. If you cast your mind back to films like ‘Half of a Yellow Sun’ and ‘Black December’, two heavily politically-charged dramas whcih were restricted from taking on full life in the Nigerian cinema, due to their political subject matter, this won’t even shock you.

Despite the collective efforts by some of the aforementioned to assuage the outrage of the Nigerian online community, The Movie Pencil reported that an important government agency was criticised and portrayed as corrupt in the film, and therefore pulled their weight to have the film taken out of the cinemas. ‘Sugar Rush’ impliedly portrays them enabling political propaganda, and playing for the powers that be, as opposed to doing what is expected of them to serve the country.

Creative license in societies that function as they should, allows filmmakers the room to pass commentary on the current state of affairs. In Nigeria however, people are put on a tethered leash and going against the grain will almost always land you in hot water.

The recently proposed Social Media Bill also shows the government’s brash disregard for the online community, as the bill gives the government the power to restrict and block access to social media sites and internet providers if they within the ambits of the proposed bill.

The executive director of the National Film and Video Censor Board (NFVCB), Alhaji Adedayo Thomas over the weekend released a public statement that explained that due to ‘exigency of time, the film was only granted a temporary approval for screening’ so as to meet the production teams December 25 release date and a temporary suspension was not a complete ban as all efforts were geared towards re-releasing the film.

While this could very well be true, it doesn’t erase the reality that the powers that be often throw their weight around. It’s also not good enough for the executive director of the NFVCB to wait until the film’s temporary approval time had run out, before a final approval was made. ‘Sugar Rush‘ felt like a moment, and the film has done really well since its release,  significantly increasing box office revenue. There needs to be a system in place which takes better consideration of the creative and film industries, and as it is the NFVCB is not doing a good job championing the film industry and staying on top of all registration of films locally and internationally.

ICYMI: There’s a remake of Nollywood classic ‘Glamour Girls’ in the works