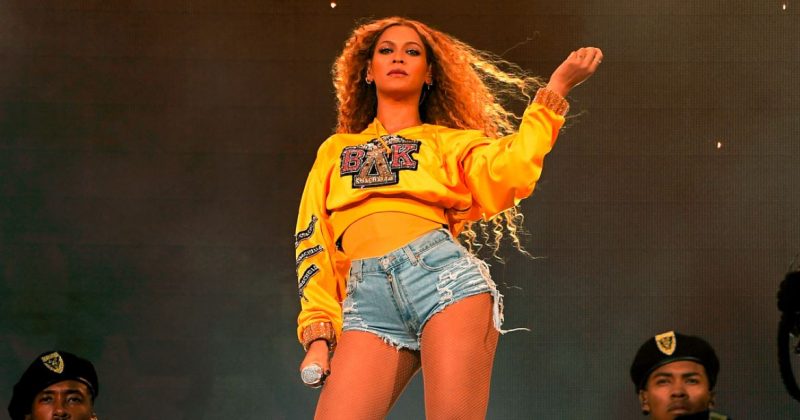 For the umpteenth time—for whoever is still counting—the Queen B has our metaphorical wigs snatched. Her film length performance with lively stage set, her energetic stage presence, choreographed dance sequence and seamless transitions were mesmerizing, never mind the inspirational message from being the first black woman to headline at the festival, the Fela tribute and the fact that just 11 months ago, she was pregnant with twins. Beyonce has revived the feverish concert glory of pop icons like Michael Jackson and everyone at the venue in Indio, California or who saw it televised across the globe watched in awe.

Though Wizkid was initially billed to perform on that same day, some issues flying his band meant his performance will be set for a later date at the festival. Which is just as well because, can you imagine climbing on stage after that? After 2 hours of nonstop screaming and cheering for Beyonce, it’ll be a stretch to expect the crowd to keep that energy and enthusiasm going for the Starboy. And although Beyonce has set a near-impossible standard for every headliner that will follow her, African performance over the years haven’t been encouraging either.

It doesn’t take long for the average person to develop a healthy skepticism of African concerts after watching Queen B. Aside from the usual live venue problems (guest list confusion, property loss, expensive drinks), Afropop has its own special set of bullshit when it comes to stage performance. There are too many opening acts, a rotating list of artists who really should be confined to smaller stages and grow a fan base before graduating to headliner status. There are too many people and it makes everyone nervous cause you never know who’s there to enjoy the show and who’s trying to jack your stuff. The shows run hours behind schedule. If you make it that far, the headliner is often not very good. If they even know all their lyrics, they’re singing them on top of their own recorded vocals, It’s this sin, that seems to offend the most. And it’s not just dilettante fans who complain; it’s something I hear all the time as a reason why my friends don’t want to go see a singer whose music they love perform their songs in real life. It’s less of a concert and more of a celebrity spectacle.

But before I get hate-mailed by a believer in the Afropop gospel, let me get one thing out in the open; Afropop is probably in the best place it has ever been. We have the diverse sounds of artists like Odunsi and Terry Apala who are spearheading a movement that has both kids and old school veterans alike, excited. Then we have the likes of Kiss Daniel, Falz and Santi, who are bringing personality back with hyper-realised individuality, while old blokes like Davido are doubling down on songwriting.

So, why, with an array of artists that could challenge even Shoprite, in terms of variety and excellence, do live performance still suck. The short answer, artists don’t realize the potential for having viable live shows.

Instead of recording an album and hustling a live show, the formula for being a ‘successful Afropop artist’ is to pick one song and push it through as many retweets and DJ’s as they can. If the song is good, it gets added to the rotation on radio. And if the song is really good (and if they have good people behind it), the single gets momentum and their name gets out there. Promoters far and wide will book them to perform at clubs. But this isn’t a full show, it’s a quick set at a club based on a hit record. The artist’s presence is just gravy since everybody will know all the words and the club would go off whether or not they were there.

They can earn money by just being in the building and can keep this steam going through a steady, well-paced string of big singles until peak concert season at the end of the year, when big-budget corporations come with their big stages and big checks. But with little to no live stage practice, and perhaps used to getting paid for just showing up, we get minimal effort from the artist and wish there weren’t so many damn artists, so we can at least enjoy one good set. When you think of all these, Beyonce’s performance seems light years away from anything we could even dream of here. However, let’s not get carried away just yet.

Just as we complain of bad performances here, so do many fans around the world (with Beyonce and a handful of other artists being the exceptions). Granted, we probably have it worse here because even top-billed acts let us down more often then they should, but we too have exceptions. Just a few years ago, Cassper Nyovest’s dedication to creating a captivating experience with an elaborate stage design was acknowledged by international media after an ironic Kanye rant during his Life of Pablo Tours. Kanye accused someone who many believed to be the South African rapper for stealing his stage design; “This the original, accept no imitations! Niggas be copying our shit bro. Stealing our shit, stealing our stages”. But Cassper was quick to remind everyone he already had the flying stage set a year before Kanye did.

Cassper’s flying stage asides reminding everyone that artists in Africa can be just as innovative with their live performances shows a side to the problem we don’t often consider. In established industries like America, it’s easy to have performances like Beyonce’s Coachella because there’s an active industry of professionals and events that demands such extensive showcases. But because the music industry in a country like Nigeria is still relatively new, it’s difficult to even find the extras, dancers, set designers and light engineers to deliver extravagant performances. And those who find a way to wing it don’t get the proper recognition they deserve because we’ve become desensitised and stopped paying attention as a sort of coping mechanism for disappointing shows.

It might take some time before Nigerians fully develop a concert attending culture, but it shouldn’t be too long now with shows like NATIVELAND, Gidifest and other concerts showing a dedication to push the culture. With a little more concern for the artists to connect with fans, more people will be encouraged to attend concerts and artists will have more incentive for investing into their performances.

It’s a worthy investment cause, concerts provide an opportunity for artists to build their brand identity and fan base, which they can in turn market for album sales, merch and even concert tickets. Things are already in motion to build Nigeria’s concert culture and artists are showing a willingness to explore it. Tay Iwar opened for Asa at her Encore concert in Lagos last year and below is a video of Asa’s performance with a 60 piece orchestra at the Simphiwe Dana Symphony Experience in 2015.

ICYMI: And here’s why we really need to talk about touring in Africa

0100
Previous Article Headies 2018 Nominations: So Headies season is back, but it still isn’t better

Next Article D-O’s new single, “Itty Bitty” is a return to his Peter-Piper form