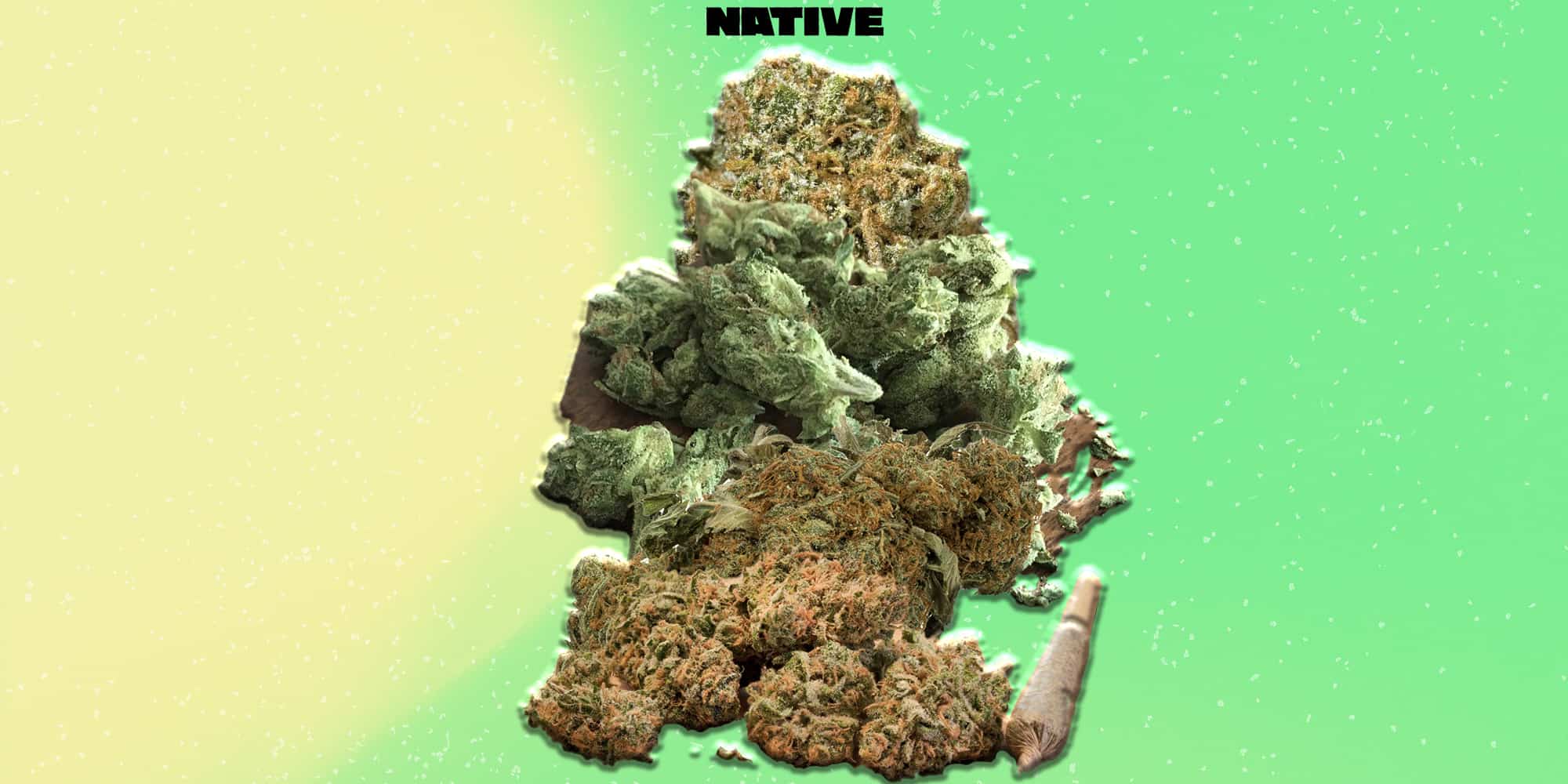 Canna-Bills: Marijuana Legalisation and the Future of Cannabis Culture

The cannabis industry is booming globally, with projections for the industry to grow to $90.4 billion by 2026. Nigerian writer and filmmaker Great Opara, explains why Nigeria must position herself to be at the forefront of this harvest.

Despite Nigeria’s recent opposition to the United Nations’ move to declassify cannabis as a dangerous drug, our dear country’s lawmakers seem ready to consider cannabis legalisation for economic and medicinal benefit. On May 17th, 2021, Benjamin Okezie, chairman of Nigerian House of Representatives committee on Media and Public Affairs, stated at a press conference that he had presented the Dangerous Drugs Act (Amendment) Bill before the House; a bill which might see the country finally end its historical bias and stigma surrounding all things marijuana.

The Spanish word marijuana has been used to mean the devil’s weed, this euphemism is a testament to the racist origins of cannabis prohibition in the United States of America. This prejudice culminated in the Marijuana tax act of 1937, an Act which disproportionately targeted the Black and Mexican communities. With the passage of the Dangerous Drugs Act of 1935, Nigeria inherited the British colonial prejudice against the green plant, criminalising the cultivation and consumption of Indian hemp. This prejudice continues to persist almost a century later.

This negative perception is the result of popular culture and Nigerian legislations, such as the aforementioned Indian Hemp Act (1965), including  NDLEA Act (1989), both of which stipulate jail terms of between twenty-one years to life imprisonment for cannabis importation and/or cultivation. However, fast-changing attitudes abroad are helping to stir up cannabis legalisation conversations in Nigeria and all around the African continent.

With a global cannabis industry projected to be worth around $90.4 billion by 2026 and Prohibition Partners – a leading source of intelligence on the cannabis industry worldwide – estimating that the African cannabis market could reach $7.1 billion by 2023, the Dangerous Drugs Act (Amendment) Bill could not be coming at a better time for Nigeria.

“We grow some of the best CBD strains in the world,” Mojisola continues, “The industry just needs proper structure. Our loud strains grow faster than others; they’re ready in four weeks. Scientists can crossbreed this with other strains and make even more beautiful products, which they are already doing.  There’s a shit ton of money here!”

In view of the devastation caused by the Covid-19 pandemic, the Bill is being promoted as a means to diversify Nigeria’s economy via agriculture, as well as usher in a new era on medicinal cannabis from production, processing and distribution; all these showing clearly that no provisions have been made for recreational cannabis usage. However, this is unlikely to deter ardent enthusiasts. 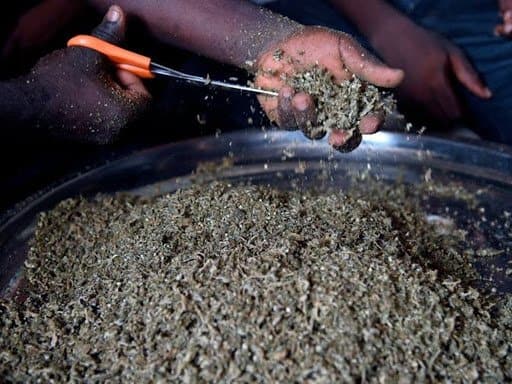 “Weed is illegal in Nigeria but at the same time, it’s not really illegal,” explains Mr Plug*, one of the country’s top online cannabis vendors. “Everyone knows this, including the authorities who tell you it’s illegal. They’re the ones bringing it into the country. If the police catch you with it they tell you you’re going to prison but at the end of the day, they’ll probably just collect money from you.”

Mr Plug advertises himself as a middleman – a literal plug connecting thousands of black market buyers and sellers nationwide and even internationally. He is enthusiastic about the legalisation conversation but not without misgivings.

“It’s a good idea but it is being implemented by the wrong people. Our government should not be trusted with that kind of power, they will fuck it up. It’s not something they’re familiar with; they’re just trying to jump on the bandwagon. Personally, I feel that people who don’t use marijuana should not be allowed to be part of the (regulation) process.”

Both Mr Plug and Mojisola agree that legalisation will also come with government monopolisation of the industry in a bid to hoard all the profits. This view is shared by Stoney NG*, a cannabis content creator and advocate who runs one of the top Nigerian Twitter platforms dedicated to the green plant. In his own words: “I feel legalisation will only become a reality when the old heads find a way to extort or make the most profits for themselves.”

A 2019 report by New Frontier Data published in Business Day puts Nigeria as having the highest rate of cannabis consumption in the world, with approximately 20.8 million yearly users in an estimated $15.3 billion market, beating both Canada and the United States in second and third place respectively. Despite its documented illegality, cannabis is widely cultivated and consumed in the country. 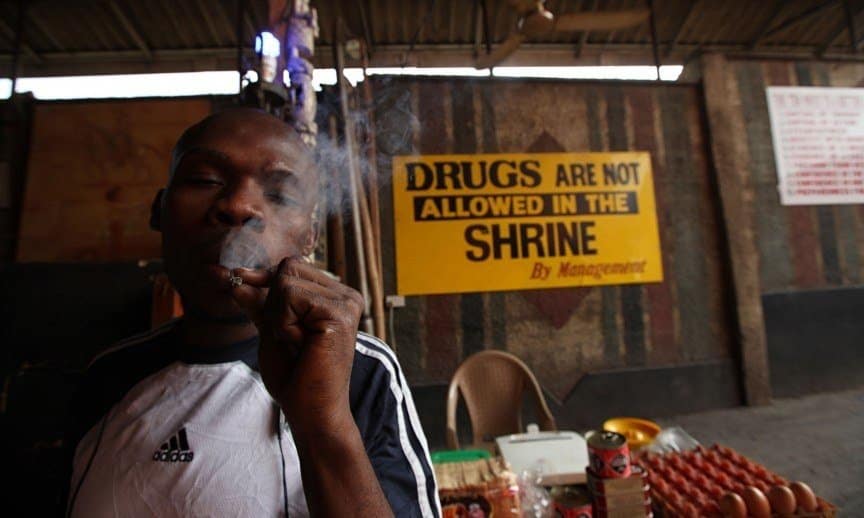 “A lot of people consume weed,” Mojisola remarks, adding that Ouidtails raked in weekly profits of around fifty-thousand naira during the business’ prime period. Mr Plug is in agreement, claiming to have once made 700,000 to 1 million naira ($1500 – $2000), before expenses, in one week.

Kwality Brownies is another online marijuana based business, launched during the early stages of the pandemic by Kussman, a Nigerian Twitter influencer. “People were stuck at home during the lockdown and couldn’t get high because of their families so they had to switch to brownies, which have always been the alternative for non-smokers,” he says. “People don’t give brownies a second chance. If it doesn’t hit the first time they won’t try it again. To retain customers, you have to be consistent with the product.”

Despite not having an exact number, Kussman claims to have made sales every day during the lockdowns. Legalisation is a conversation he will definitely engage in, albeit from the comforts of his home given the moral dilemmas which surround topics like cannabis in Nigeria.

“I’m in Akure right now and it’s the only place really taking legalisation seriously, so I feel at home. The governor has been pushing for them to legalise it because we have massive farms of it here in Akure.” 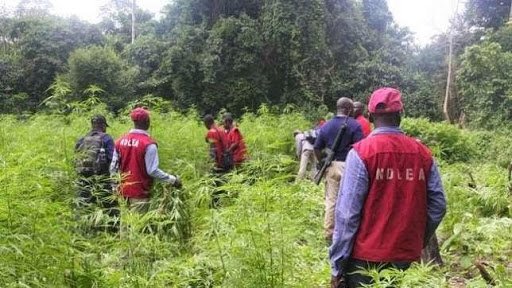 Following his trip to Thailand for a medicinal marijuana program in May 2019, Governor Rotimi Akeredolu of Ondo State in Western Nigeria tweeted that Nigeria would be shortchanging itself if it failed to tap into the legal marijuana market. According to him, with Ondo State being the hot bed of cannabis cultivation in Nigeria, the time had come for supervised cultivation by the federal government for the purpose of spurring economic diversification and job creation. Other prominent figures that have also come out in favor of legalisation include human rights activist and former presidential candidate Omoyele Sowore, as well as two-time Nigerian head of state, Olusegun Obasanjo. With growing political and legislative support, it is clear that this is an idea whose time has finally come.

Regarding concerns that any move toward legalisation would end with the government monopolising the market, Godwin*, a street dealer in Amuwo-Odofin local government area of Lagos, says: “I don’t have to die selling cannabis, if government enters the market then I’ll give it up, and go do something else. God can bless me from there.” Evidently not everyone with skin in the game is as invested in the legalisation fight, and it is indicative of the kind of pushback to expect from regular Nigerians.

For Stoney NG however, who has dedicated the last seven years to building a platform for celebrating cannabis culture, connecting with fellow users and educating new users, resistance will not be a problem. “I’ve met so many people across different walks of life who actively take weed. From business men, to musicians to military men, everyone is doing it but they’re all on the low because, according to the law, it is a crime. Legalisation won’t be too difficult because these ordinary people we expect pushback from are also the ones in the best position to support us.”

Whether or not the Bill gets passed into law, it is evident that despite a history of bad press, discrimination and criminalisation cannabis culture in Nigeria continues to thrive. This recurring rise of cannabis in Nigeria speaks to the resilience of users and enthusiasts alike, who persist in the fight against stereotypes and stigma.

Great Opara is a Nigerian writer and filmmaker whose love for telling stories is second only to his desire to get paid in dollars. Tweet at him @lifeofOG_