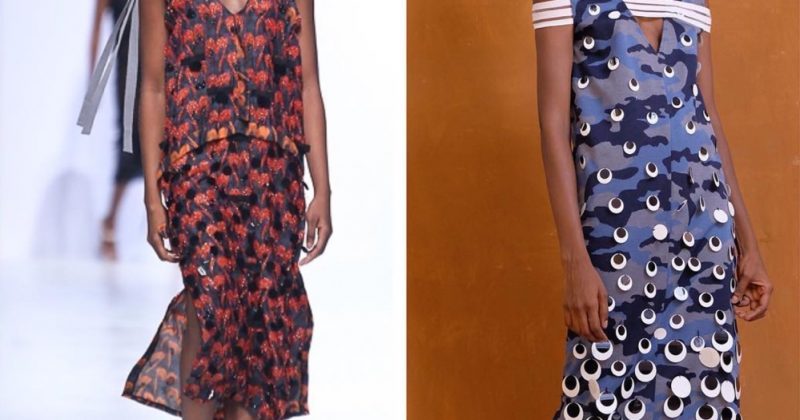 It’s 2017 and StyleVitae has stepped up to the plate

In December 2016, what was arguably one of Nigeria’s biggest and most vocal fashion feuds played out in lifestyle e-zine StyleVitae’s Instagram Feed and the Instagram feeds of uber fashion brands Maki-Oh Lagos and LisaFolawiyo Studio. The main confrontation happened between Sike Saro, sister of Lisa Folawiyo and Ada Osakwe sister of Maki Oh’s creative director Amaka Osakwe, both women acting as proxies for their designer siblings.

As part of their coverage of the 2016 Lagos Fashion and Design Week showcases (arguably Nigeria’s biggest fashion platform) StyleVitae decided to highlight similarities between individual pieces in the showcasing designer’s collections and local and international contemporaries. Brands like Nuraniya Studios, Andrea Iyamah and Maxivive were all referenced, citing with receipts the brands with whom these designers had one too many ‘creative coincidences’. Then there was the Lisa Folawiyo/Maki Oh post.

Lisa Folawiyo’s Spring 17 line up (sat on for a whole year) had a dress that had far too many design similarities to a piece from Maki Oh’s Fall 16 collection. The design specificities were so much that StyleVitae felt obligated to point them out formally. Understand, before this, no major fashion platform (other than the now defunct The Other Style) had gone all out and put up anything but glowing, boot licking reviews on Nigeria’s ‘big’ fashion brands. The implied threat of ostracization and blacklists to events is enough to deter anyone. But StyleVitae went there, as diplomatically as you can given a matter of this nature. No one could have anticipated what happened next.

It wasn’t the first time that feuds like this spurred by accusations of plagiarism were playing out in public spaces, but this was the first time that it was between two of the most influential and internationally successful brands on the continent. Plus this was the first time that the brands were choosing (via proxies) to directly weigh in. Amaka Osakwe’s detached responses to Sike Saro’s indignant and somewhat underhanded suggestion that Osakwe was crass for humoring StyleVitae set social media on fire. A big brand was affirming suspicions we’d already made but didn’t feel big enough to speak on. Before long the fashion and lifestyle blogs were writing long ass treatises on who was at fault and spurring conversation on the pervasive plagiarism that has come to define our fashion industry. The rest of the feuding was passive aggressive, with both brands hauling out their portfolios and reminding us just how many influential people have worn their clothes and become long time clients.

By the second week of January the noise had died down but the point was made. Sometimes a public call out is just what we need to get everyone to sit up. Neither brand is effusive with it’s design process (rightfully so considering the subject matter of this post) so we can’t really say if the similar dresses were really a creative co-incidence or something more. But it did bring up an important point. Until the traditional and contemporary fashion press takes it’s job seriously and begins to name and shame, we really won’t progress as an industry. There are important conversation to be had, and the press has to initiate them. Good thing StyleVitae has taken up the gauntlet, we hope they don’t drop the ball.