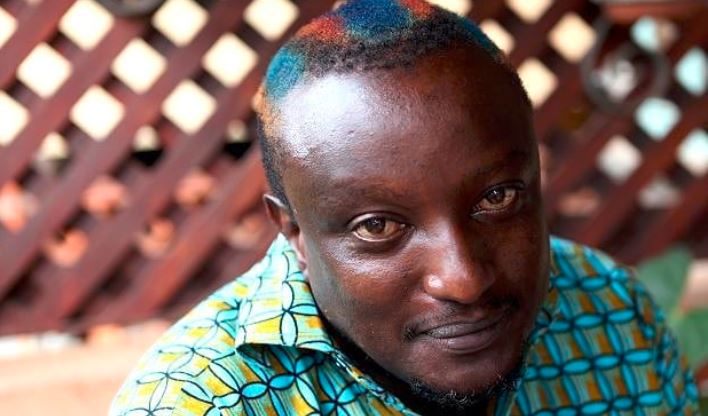 Highly revered Kenyan author, journalist and Gay rights activist, Binyavanga Wainaina has died in Nairobi, after a stroke in the late hours of Tuesday, May 21st. Since the news of the 48-year old’s death broke, there has been an outpour of tribute across social media.

Binyavanga broke into global spotlight after winning the 2002 Caine Prize for African Writing, for his 2001 short story, ‘Discovering Home’. In 2003, Binyavanga found “Kwani?”, a literary magazine that has published stories from emerging writers, some of whom have gone on to become Caine Prize nominees and winners. He was also the director of Bard College’s Chinua Achebe Centre for African Writers and Artists.

Over the years, the writer published several short stories, and an autobiographical memoir, ‘One Day I Will Write About This Place’. The writer was also well-known for his socio-political essays, most popular is his 2006 satirical piece for Granta, ‘How To Write About Africa’, and its 2010 sequel for Arts and Cultural publication, Bidoun.

In January 2014, Binyavanga revealed that he was gay in an impactful essay, titled ‘I Am A Homosexual, Mum‘. In the expository essay subtitled as a lost chapter from his memoir, Binyavanga imagined coming out to his mum before her death in 2000, explaining how’d he known he since he was five years, as well as narrating the experiences that made his sexual orientation irrefutable, and the unhealthy habits he’d cultivated in the process of keeping it a secret. Apart from being an emotionally resounding story, his revelation was even more bracing, since his home country, Kenya, like most ultra-conservative African countries, has strict, retrograde gay laws.

Due to his announcement and his work as an LGBT+ activist, TIME named Wainaina as one of 100 most influential people in 2014. For TIME’s brief explainer, Chimamanda Adichie wrote: “By publicly and courageously declaring that he is a gay African, Binyavanga has demystified and humanized homosexuality and begun a necessary conversation that can no longer be about the “faceless other”.

Known to always live his truth, Binyavanga revealed he was HIV-positive on December 1st, 2016, Worlds AIDS day. In 2018, he announced plans to marry his boyfriend in South Africa, refusing to let his HIV status deter him. He died before getting married.

In a statement to BBC acknowledging the outpour of condolences, Binyavanga’s brother, James Wainaina said: “We are in a life celebration mood, we’re looking at this from a human level. It’s a human story. Allow the humaneness to shine, people are hurting”.

0000
Previous Article Listen To Psycho YP’s Groovy New Single, “Be Like You”